KTM's Brad Binder says the final laps of his MotoGP Catalan Grand Prix were "like riding in the rain" after his soft rear tyre dropped off significantly. 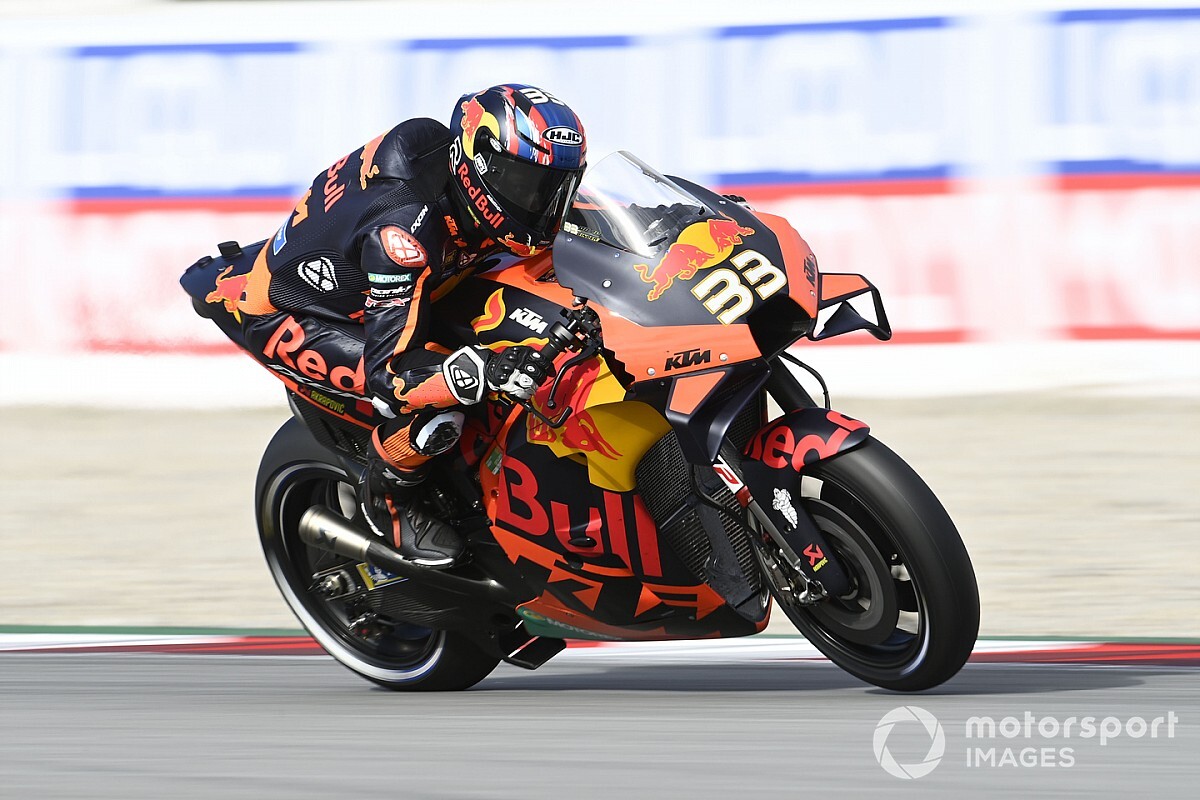 Binder started from 10th in Sunday's race, but dropped four places on the opening lap and could only recover to ninth when he started to lose grip.

In the final 10 laps, the KTM rider "killed my tyre", which led to a race of "survival" and meant he faded to 11th at the chequered flag.

"Unfortunately, I don't know exactly why, but I killed my tyre with 10 laps to go already," Binder reflected.

"The last 10 laps were survival and the last four or five were like riding in the rain. It was really, really tough.

"But I think it's a good learning experience, we need to leave here knowing we had good pace throughout the weekend and that at least we finished the race.

"I tried my best, unfortunately it wasn't anywhere close to the result I was looking for."

The cooler temperature on the low-grip Catalunya track surface on Sunday forced the entire grid into running the soft rear tyre, with many riders experiencing a big drop in performances towards the end of the race.

Binder said he couldn't "gamble" on the more durable medium option because of the difficulty riders had all weekend in bringing it up to temperature when it was worn, though he was one of the few who found the medium front option worked fine after a "sketchy" start.

"The front tyre was definitely the best choice we made, I felt really good on the medium," he added.

"Okay, at the beginning of the race it was a little bit sketchy. But once I brought the temperature into it, it felt really good.

"The main problem was, the medium rear tyre once you had used it, you could never get back up to temperature.

"We were a little bit concerned because when we had our meeting, it sounded like a lot of guys were struggling to bring it back up, even a brand new tyre.

"It wasn't really in our favour to take the gamble with that, so we tried the soft."