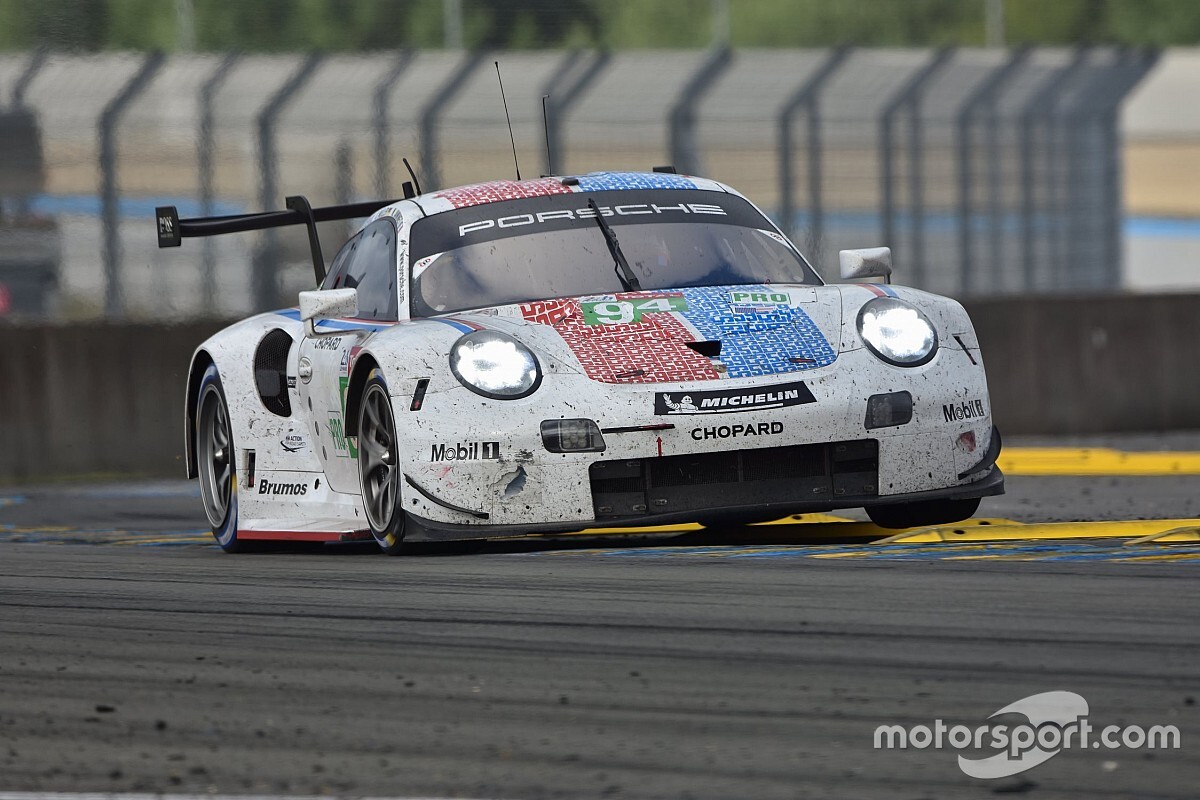 Porsche has pulled its two North American CORE autosport-run entries out of this year's Le Mans 24 Hours, reducing its presence in the GTE Pro class to two cars.

The Weissach marque has operated four of its 911 RSRs in the French endurance classic since 2018, and had again planned to bring its two IMSA WeatherTech SportsCar Championship machines to line up alongside its pair of regular FIA World Endurance Championship cars.

However, the economic fallout from the global coronavirus pandemic, as well as concerns surrounding travel, have prompted Porsche to withdraw the two IMSA cars and focus just on its WEC-entered Team Manthey-run cars.

The two North American Porsches join the SRT41 Garage 56 entry put together by quadruple paraplegic Frederic Sausset in pulling out of the race, which has been pushed back from its usual June slot to September 19-20 because of the COVID-19 crisis.

Nick Tandy, Earl Bamber and Matt Campbell had been due to drive the #93 Porsche, while the sister #94 car was to feature an all-French line-up of Patrick Pilet, Mathieu Jaminet and Julien Andlauer. No changes are expected to the driver line-ups of the remaining Porsches.

It means that both the ByKolles LMP1 squad and the second IDEC Sport Oreca LMP2 are set to graduate from the reserve list.

That would boost the LMP1 ranks to seven cars and the LMP2 division to 25, keeping the grid at 62 cars in total.