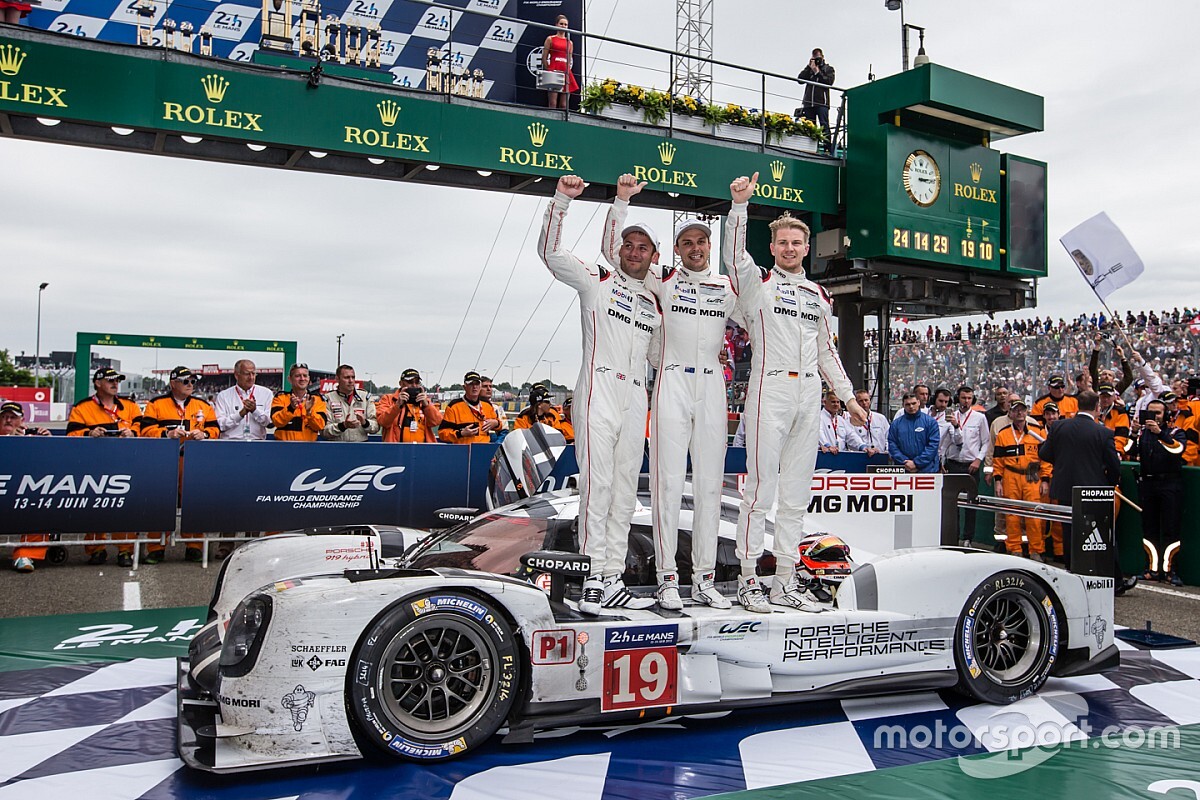 When Porsche announced it would be expanding to a three-car entry for the 24 Hours of Le Mans in 2015, it was keen to get a big-name star from outside endurance racing into the cockpit.

While Porsche had no shortage of in-house options - as it gave all of its factory GT drivers in the World Endurance Championship a run in the 919 Hybrid - there was interest from the Formula 1 world that the marque looked to tap into.

Fernando Alonso was an obvious target, given his affinity for endurance racing and desire to race at Le Mans. Talks had gone smoothly, but the deal broke down when McLaren’s engine partner, Honda, vetoed the Spaniard representing another manufacturer.

This opened the door for Nico Hulkenberg, then racing with Force India, to take the seat - and ultimately claim his place in Le Mans folklore with a surprise victory on debut.

With the blessing of his F1 team boss Vijay Mallya, Hulkenberg had approached Porsche about driving in the famous endure off his own back - something that impressed its LMP1 chief Andreas Seidl.

“He's not doing it for the money, but because he really wants to do it and because he is interested in the WEC, so we really like his spirit,” said Seidl, who is now McLaren’s F1 team principal.

"He has the right attitude and understands that jumping into the WEC in the middle of an F1 season is going to be a big challenge."

It was one of the few years where the F1 and WEC calendars aligned enough for Hulkenberg to enter Le Mans, even if it did leave him with a fairly relentless schedule between grands prix and testing in the LMP1 car.

Alongside co-drivers Nick Tandy and Earl Bamber - both plucked from Porsche’s GT ranks - Hulkenberg completed an extensive testing schedule in the car before debuting in the 6 Hours of Spa, six weeks out from the Le Mans race weekend.

But the first race run-out for the third 919 did not go to plan. After teaming up with Hulkenberg to qualify the #19 Porsche in second, Tandy got caught up in an early clash with one of the GTE Porsche 911 RSRs, causing the car to drop back. While the trio would recover to sixth overall, they still finished three laps down on the leaders.

It did little to instil much confidence in Hulkenberg heading to Le Mans, especially against a stacked LMP1 field featuring three Toyotas and two Audis, not to mention the sister full-season Porsches.

“Going there as a rookie, not having any experience, I just want to go there open-minded and do a good job and enjoy it,” Hulkenberg said ahead of the race. "Of course, we want to do well and I'd love to win and it would be a dream come true, but we should be realistic.”

In the second year of the 919 Hybrid LMP1 programme, Porsche was eager to notch its first outright Le Mans win in almost two decades, particularly with Audi closing in on its record number of victories in the race. But the focus was on the #17 and #18 full-season WEC entries, easing the pressure on Hulkenberg, Tandy and Bamber.

“There was not that much expectation for us,” Hulkenberg recalled years later. “We were the third car they brought in for Le Mans, so we were just very free. We didn’t expect too much. We took it seriously, but we were just enjoying ourselves and having fun.”

Hulkenberg integrated himself well to the Porsche team despite having to adapt to the idea of sharing a car with other drivers.

“On that side of it, he was absolutely perfect,” Tandy tells Motorsport.com in a recent podcast. “I think he enjoyed the camaraderie of having teammates. I can imagine how the tension gets when you’re in a Formula 1 environment when it’s two guys on two different sides of the garage.

“I think he really got involved and enjoyed that. He had to be taught a little bit about how to use a sportscar, but he soon got the hang of that as well. It was just a great week. The three of us had great fun together.”

Neel Jani was able to lead the #18 machine to a Porsche 1-2-3 in qualifying, with Hulkenberg and co set to play rear gunner from third.

But after the #19 Porsche dropped into the clutches of the Audis in the opening laps, it was quickly sacrificed to ensure the cars in first and second could remain on-sequence with their pitstops. A badly timed safety car also left the #19 in a different train of cars on-track, causing it to drop far off the lead. “It was kind of like: ‘Here we go, it’s going to be a downward spiral’,” recalls Tandy. 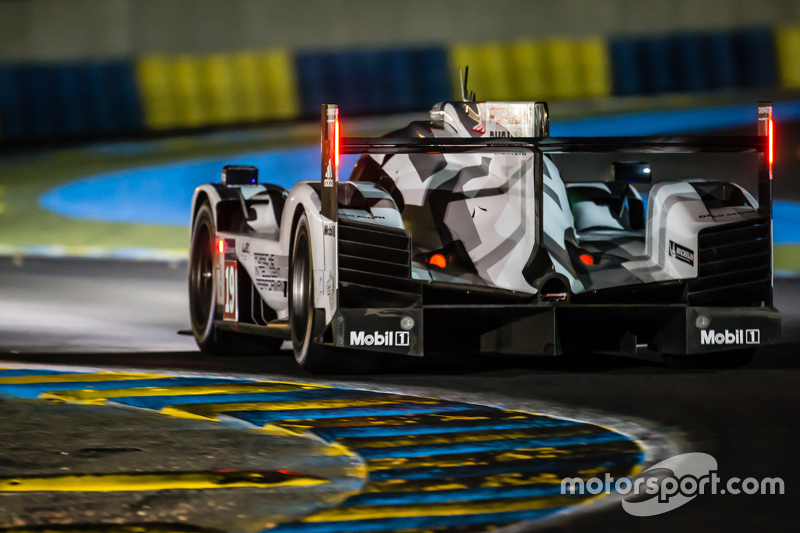 The race began to come back towards the #19 Porsche as night drew in with Hulkenberg at the wheel. The team had set up the car’s balance so it was better-suited to night driving than the other two 919 Hybrids, with the lap times on-track soon giving Tandy hope they were still in with a shout of victory.

"Nico was in the car before me, and over the course of three hours he pulled in probably 20, 30-odd seconds to the leaders, which at the time, I think there were a couple of Audis and the #17 Porsche,” Tandy says. “I remember thinking ‘We could do this, this could be our chance’.”

Tandy took over at the wheel from Hulkenberg before producing a stunning quadruple-stint through the night in the performance that was later hailed for winning the race for the #19 Porsche. By the time the sun was back up, the car was into a lead it would maintain to the chequered flag, leading home a 1-2 for Porsche - and scoring a first win for the manufacturer since 1998.

Hulkenberg was given the honour of bringing the car home to the flag and completing the victory lap, soaking up the applause of the 260,000-strong crowd. It marked his first win in any series since 2009, and to this day remains his most recent victory.

“Today is a great achievement, the greatest of my career," Hulkenberg said after the race. "It's right after the win, so it's still tough to realise, and I think it will come to me in the next few days.

“It's an amazing experience for me, coming from the F1 environment and to see a race like Le Mans. I'm really happy I've done it, and even more happy that I've won it straightaway with these two guys who are now legends.”

Speaking a few years later, Hulkenberg still held very fond memories of Le Mans, cherishing not only the victory but the event as a whole.

“How things turned out, it came to us, but we also made it come to us,” he said. “We won it on merit, we won it on pace. That project with Porsche was a very cool experience that I wouldn’t want to miss. I’d never been before. I knew it was going to be big - it’s a legendary race - so I expected it to be what it was.9

“To see it first-hand - how the emotions go up and down, how the race evolves, the night driving - was amazing.” 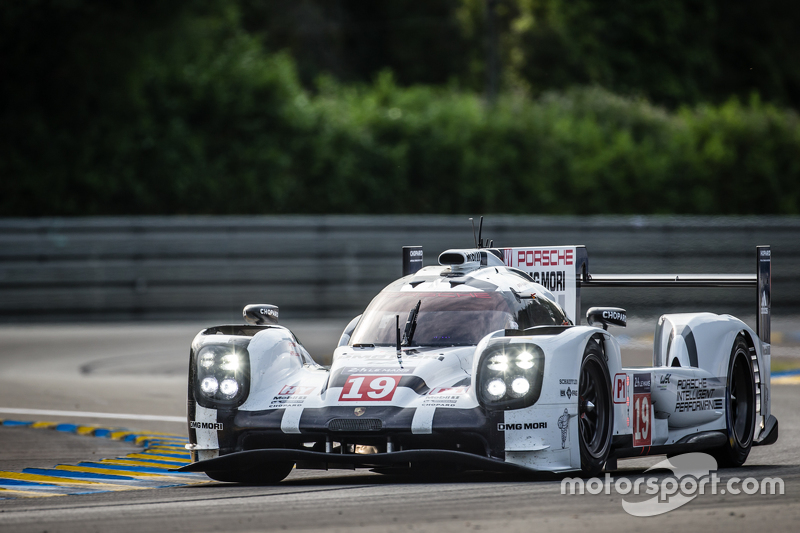 The result meant Hulkenberg became the first active F1 driver in 24 years to win Le Mans. He was the talk of the paddock in Austria one week later, sparking interest from many of his colleagues to one day enter the famous endurance race.

It even sparked pangs of jealousy from Alonso, something the double F1 champion would only reveal years later once he signed for Toyota ahead of the 2018 race.

“In 2015 I was so, so close to racing. I regretted it for a long time, because Nico took the place, and not only the place, he took the trophy!” Alonso said.

While Porsche would profess an interest in taking Hulkenberg back to Le Mans as part of a third car to defend the title in 2016, it never materialised. Not only did the team cut back to two cars at Le Mans until pulling the plug on its LMP1 programme altogether two years later, but Hulkenberg himself faced a calendar clash anyway.

And the focus always was F1. Unlike Alonso, who would later emulate Hulkenberg’s debut victory and go on to take a second Le Mans win in 2019 with Toyota, the German never held long-term ambitions to become an old-school-style jack-of-all-trades, just as adept at the Circuit de la Sarthe as he was at Spa or Monza.

“It was always more a six-month project from start to finish,” Hulkenberg said. “You could see the beginning, and you knew where it was ending. It was more like six months of doing two things.

“That was very intense, very cool, with great memories and a good outcome obviously, but it wasn’t an ongoing or permanent thing, so that’s probably why I didn’t feel quite like that.”

Five years later, and now without an F1 seat, one wonders if Hulkenberg could be tempted to return to Le Mans in the future to try and maintain a rare perfect record in endurance racing’s most celebrated event. 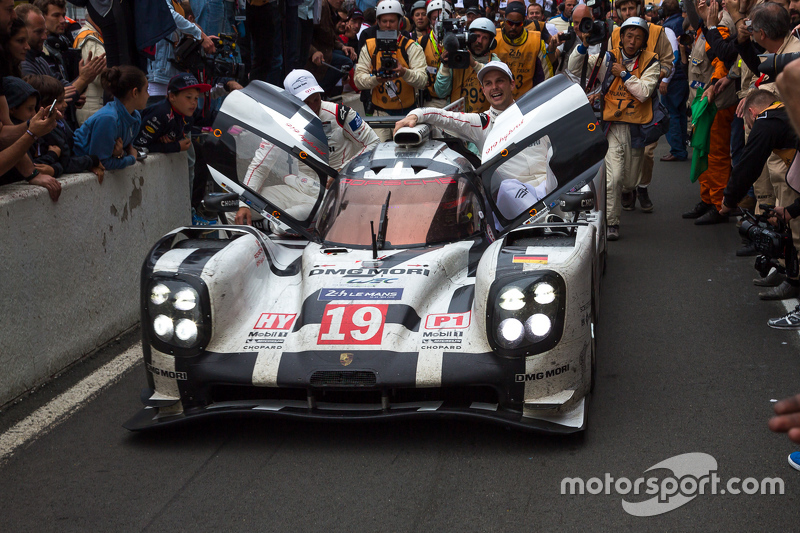