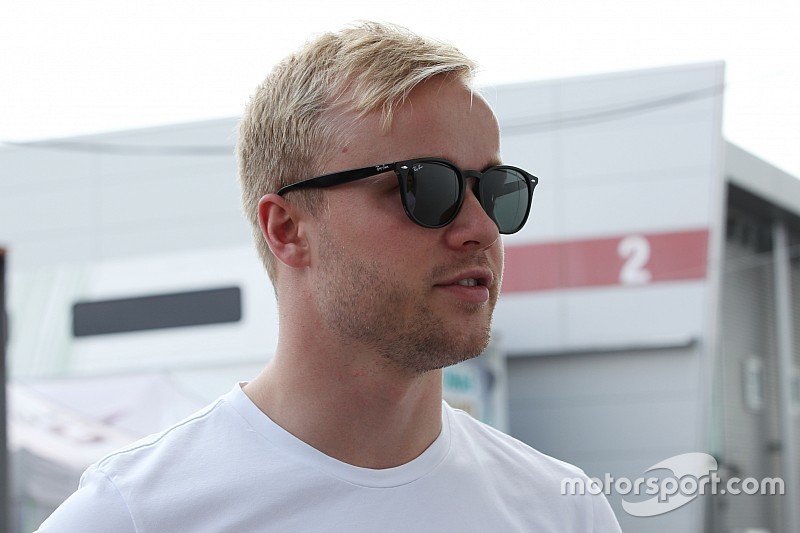 Felix Rosenqvist, who will be Scott Dixon’s fulltime teammate at Chip Ganassi Racing next season, impressed the IndyCar team with a strong testing performance alongside the reigning champion at Barber Motorsports Park on Monday.

Despite having experienced the Barber road course in Alabama in his part-time Indy Lights schedule in 2016, and having tested twice at Mid-Ohio with the manufacturer aerokits, Rosenqvist’s performance today was regarded as impressive since this was his first time testing an IndyCar with the spec aerokit.

Chris Simmons, Dixon’s race engineer, said: “We used one of our team test days so they could test together, and Felix was good. He got plenty of miles in, he was very comfortable in the car, and the pace was good.

“He definitely felt the difference with the low downforce of the spec Dallara kit, but I don’t think it will be a problem for him adapting. He’ll be right there in no time.

“The track got better later in the day and Scott got some good runs in then, but most of the day Felix was within a couple of tenths of what Scott was doing, which was good to see. He hadn’t been to Barber for a couple of years, so he did a great job.

“He’s very impressive, very professional. He’s going to open some eyes next year I think, and we’re looking forward to getting some more testing under his belt, getting him out in traffic. He’s one of those guys that you know he’s going to do a good job in practice and qualifying, but if you’ve seen him race, you know he does a great job there as well.”

Simmons said the focus for the team was a new setup direction to try and prove the team’s road course pace which he admitted was the team’s weak point in 2018.

“We got lucky with the weather; it was a nice sunny day in late October – got up to about 72degF – and we got a lot of work done. Tried some new directions setup-wise that we’d been tending towards near the end of the season, and tried last year’s setup again, and we liked where we’re heading.

“Our race pace was pretty good on road courses, but interestingly I think this new setup direction will have some potential for improving race pace. It’s hard to tell on a one-day test like this with only two cars on track – there was obviously nowhere near the amount of rubber on the surface that you’d get in qualifying – but the setup should be faster without being harder on the tires. Could even be a little easier.”

Dixon “as motivated as ever”

Dixon’s fifth IndyCar champioship and his third in six years have not blunted his desire, according to Simmons.

“He’d just got in from New Zealand, so by the end of the day he was a bit tired, a little jet-lag going on,” he said. “He’s only been in his own bed for a couple of days since the season ended I think, between championship work, sponsor work, promoting the Born Racer movie, and going down to New Zealand.

“But it’s all good stuff and he was happy to get back in the car and he’s as hungry as anyone here to go out and try and win more races and more championships.”

Rossi thrilled by IndyCar at Circuit of The Americas