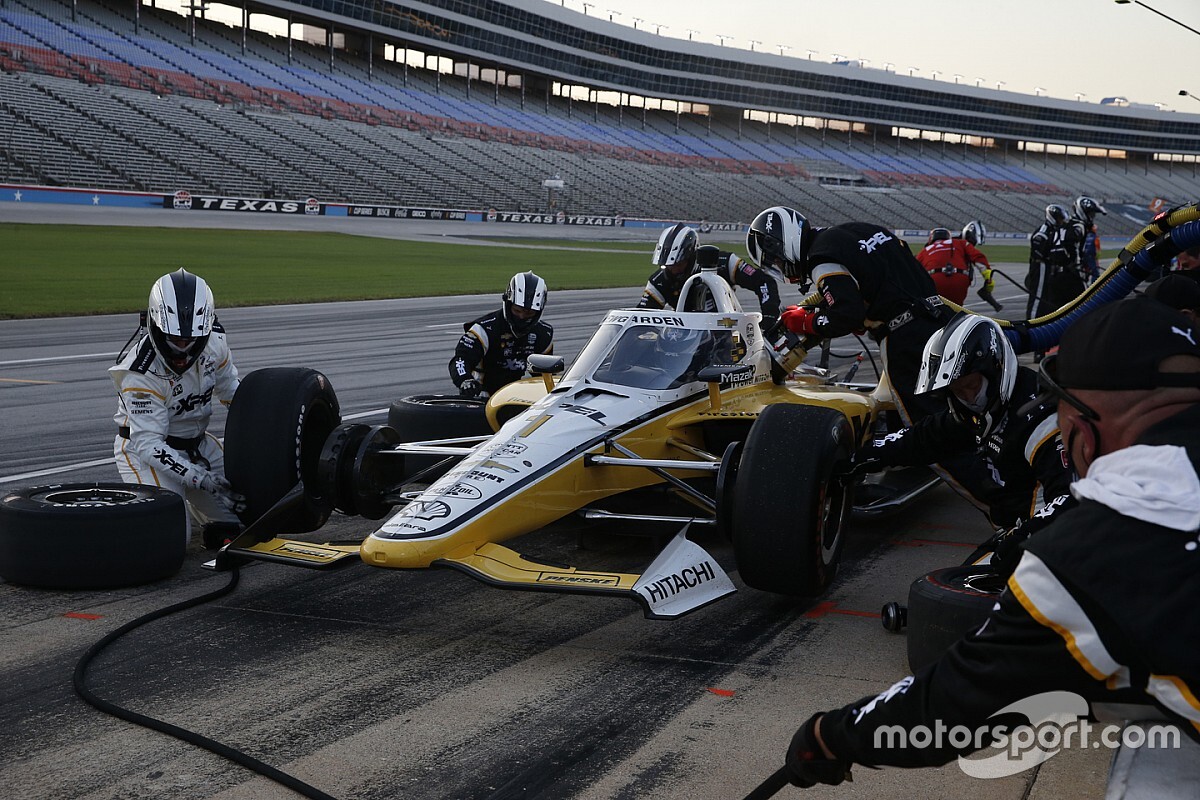 Defending NTT IndyCar Series champion and defending Texas Motor Speedway winner Josef Newgarden says that a podium finish in the Genesys 300 on a troubled night felt like a victory for the #1 Team Penske-Chevrolet team.

The polesitter led 41 of the race’s 200 laps, but consistently fought with tire problems that left him easy prey for the dominant Chip Ganassi Racing-Hondas of eventual winner Scott Dixon and Felix Rosenqvist.

“I feel like we won the race with how bad we were!” he told NBC after leading the first 32 laps and then another eight mid-race thanks to an exceptional stop by his crew. “My team fought: if there’s anything we have it’s an incredible fighting spirit. We do everything we can to finish the races as good as possible.

“But we were just struggling. I was really struggling with vibrations on the tires. For whatever reason, our setup philosophy kind of fell apart on us. It wasn’t favoring the race conditions.

“Congrats to Scott, the Chip Ganassi cars were amazing tonight. They definitely deserved to win. I’m happy we were able to fight for a podium.

“I feel bad for [new sponsor] Xpel. We got pole, they were pumped to try and win this race, I said, ‘Hey, we gotta do the best we can to try and win’. We’ll have another race with them and try and get a victory at some point. Team Chevy did a great job. We were close but we didn’t have what it took to fight for the win tonight.”

Firestone had had to bring 2019-spec tires to the race, thanks to their Akron, OH plant being shutdown during the worst of the Covid-19 pandemic. Given the extreme heat in Texas and the new weight distribution of the cars with their aeroscreens, Firestone had a consultation with IndyCar and it was decided to impose a 35-lap limit on each tire set. This was in marked contrast to the stint lengths seen in 2019, of around 60-65 laps.

Nonetheless, the Penske cars of both Newgarden and second-placed finisher Simon Pagenaud suffered severe tire vibrations from early in a stint, and the drivers were only too keen to foreshorten their stints by two or three laps for several stints.

“There were times I felt like I was gonna wreck the car but I kept it off the wall, came home with a podium finish, which is really good,” said Newgarden who won the 2017 and 2019 IndyCar titles. “That’s what have you have to do all year long.

“If I can win the race, I’m gonna go for the win, but tonight was not that night. So we tried to pick up the pieces and finish as strong as possible. That’s what this team is capable of.

“They execute at every stop for me, I’ve got the best of the best on my car Tim [Cindric, Penske team president] is always calling a great race, and that’s why we’re able to finish up front on a tough night.

“We’ve gotta regroup. I’m not pleased with third, I wanna go win a race, and I know all these guys do behind me, so we’ll figure out what wasn’t right tonight, we’ll fix it and we’ll come back for a win.”