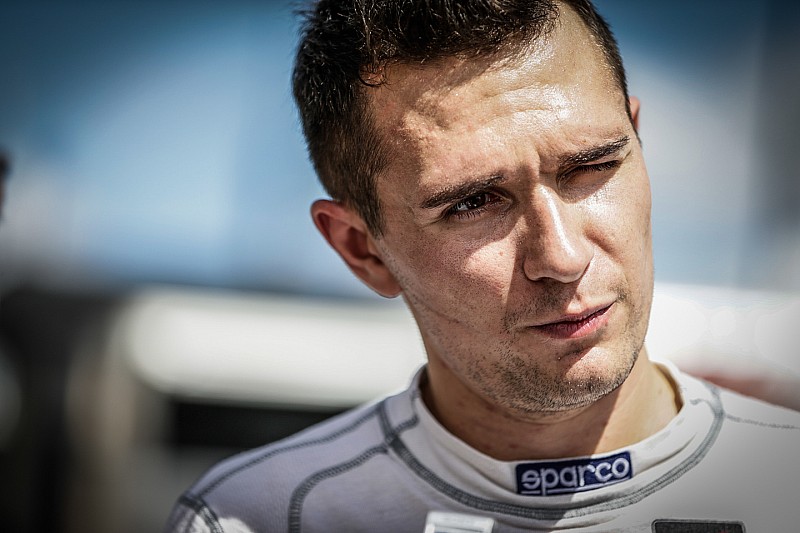 IndyCar's first Russian driver could be confirmed as returning to SPM as soon as this week.

Motorsport.com has learned that Mikhail Aleshin is set to make his return to the Verizon IndyCar Series with the team that ran him as a rookie back in 2014.

However his 2014 season was cut short one race early by a huge crash during practice at Auto Club Speedway, Fontana, which caused him extensive chest injuries.

Following his convalescence, Aleshin this year raced for the SMP-backed AF Corse squad in the tough LMP2 class of the European Le Mans Series. Three podium finishes helped him to fifth in the championship. However, he also made a one-off return to IndyCar, driving a third Schmidt Peterson car in the season finale at Sonoma, where he outpaced SPM incumbents Ryan Briscoe and James Jakes in qualifying.

Back in October, team owner Sam Schmidt was doubtful that he could afford a second full-time car for 2016. He told Motorsport.com, “We have a very short list of two or three drivers, and I’d say it’s highly unlikely we can find a full budget this late in the game. I think we can find half a budget, but I’m not sure how many really talented drivers are around with the other half.”

However, more recently, Schmidt confirmed there were three drivers on his shortlist for a full-time second seat – Aleshin, Jack Harvey who has twice finished runner-up in Indy Lights for SPM, and Conor Daly who filled in for injured SPM IndyCar ace James Hinchcliffe in four races last year.

However, despite reports earlier this week that Harvey was prime candidate for the drive, these appear to be wide of the mark, and that Aleshin will partner the fully recuperated Hinchcliffe in 2016.

Schmidt told Motorsport.com today: “I am confident that we will get [the deal] done with one of them by next week.”

That would also tally with Aleshin being able to join Hinchcliffe testing with SPM at Sebring on 14-15 December.