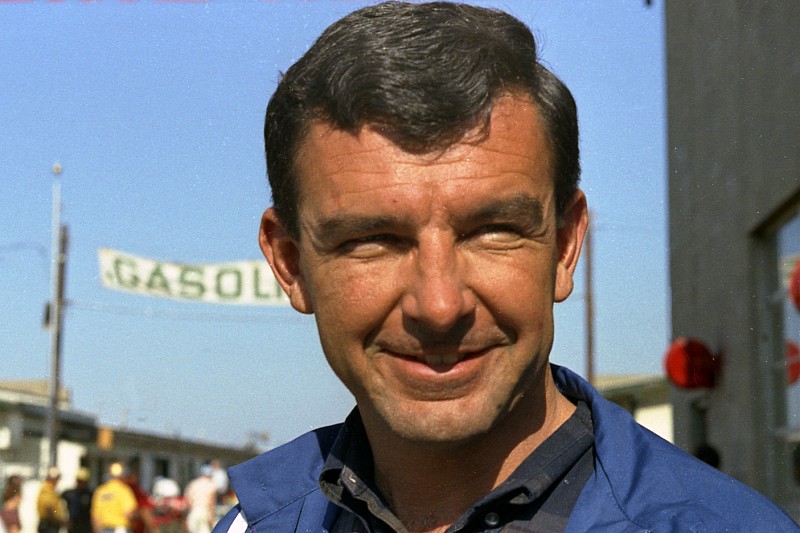 Auto Racing Hall of Fame member Joe Leonard, like the late John Surtees, was not only an open-wheel car ace, but started his career as a great motorcyclist, winning 27 American Motorcycle Association "national" events, including the Daytona 200 on two occasions. Three times he’d win the AMA championship, and five other times finish in the top three before switching to cars.

Leonard made nine consecutive starts in the Indianapolis 500 between 1965 and ’73, finishing third in both ’67 and ’72. But it was arguably his ’68 performance for which he'll best be remembered at the Speedway. In the Lotus 56 turbine, with which he’d taken pole position, he suffered a fate similarly cruel to Parnelli Jones in the original STP Paxton turbine car a year earlier, the Lotus grinding to a halt while Leonard was leading with fewer than 10 laps to go.

His results over this period, while teamed with Mario Andretti and Al Unser in the Vel’s Parnelli Jones “Superteam”, saw his consistency and pace earn him the equivalent of the present-day IndyCar championship. This was despite the team struggling with the imaginative but flawed Indy cars of Maurice Philippe, designer of the legendary Lotus 72 Formula 1 car.

After suffering crippling leg and ankle injuries at Ontario in the spring of 1974 and being unable to pass the physical for a comeback, he retired.

An IMS statement explained his legacy in the 500 after his near miss in ’68.

In 1969, Leonard ran second for many laps with a Smokey Yunick-entered turbocharged Ford-powered Eagle until turbocharger problems resulted in a couple of lengthy pit stops. He managed to salvage sixth at the finish but was still several laps behind when he could well have been strongly challenging his good friend Mario Andretti for the win.

In 1970, Leonard ran second again for several laps, this time behind teammate Al Unser in one of the Vel's Parnelli Jones Johnny Lightning Specials. A faulty ignition eliminated Leonard after 73 laps, but just days later, he trounced the entire field at Milwaukee.

In 1971, still Unser's teammate, but now sporting yellow Samsonite livery instead of Johnny Lightning blue, Leonard waged a great back-and-forth battle over several laps with Unser, including as late as Lap 117, shortly before turbocharger problems sent him to the sidelines.

There was certainly consolation from a third-place Indianapolis 500 finish the following year behind Mark Donohue and Unser.

But very likely because Leonard always led a less flamboyant existence than some of his colleagues, his name tends to be overlooked when fans and historians discuss the most deserving "500" drivers who never won.

Jones confident he’ll be strong at both Indy tracks