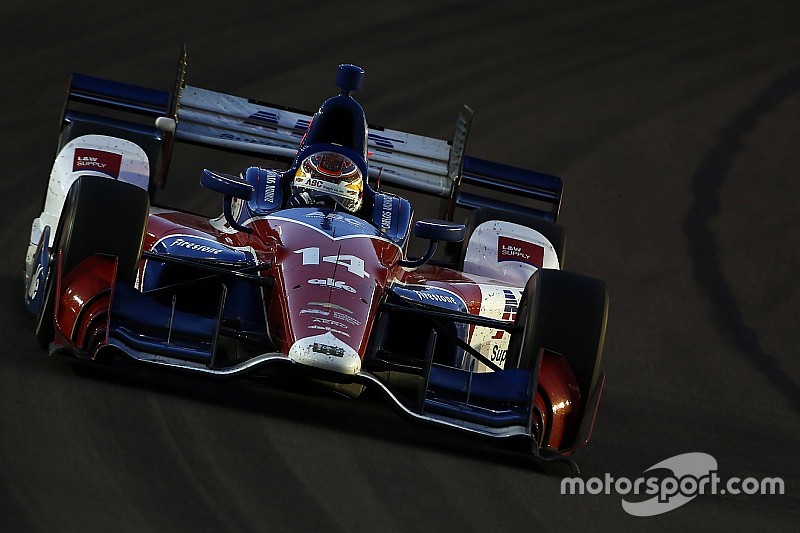 Larry Foyt says the team is still struggling to find the optimum setups for the Chevrolet aerokit following its late switch from Honda during the offseason.

The AJ Foyt Racing cars of Carlos Munoz and Conor Daly finished 10th and 14th at last weekend’s Phoenix Grand Prix, despite Daly losing 70 laps while his car was repaired. A flashfire during a pitstop burned a shifter cable, which meant the American couldn’t select a gear to leave his pitbox.

More significant was that the cars qualified only 19th and 20th, despite the Chevrolet aerokit offering an advantage in short-oval form.

Foyt told Motorsport.com: “Friday was the first time we’d ever had the Chevy kit in qualifying trim [on an oval], because in the February test we just ran race setups with higher downforce levels. That was one of our first tests with Chevy and we were focused on just familiarizing ourselves with all the systems that were new to us.

“So in qualifying, that was our first swing at it, we didn’t know what to expect and so with all the wind at the track during practice, we went conservative and didn’t maximize what we had.

“We still haven’t found what the Chevy kit is looking for to run at its optimum. We just don’t have any information or anybody who worked on a Chevy last year so that’s tough.

“And you know, these are the tracks where Chevy has a clear advantage over Honda, so you really hate to give that opportunity away.”

Asked if he thought Chevy would have the advantage over Honda for the Grand Prix of Indy course next month, Foyt said that the team’s own learning curve made the manufacturer battle a secondary consideration for now.

“We qualified fourth last year with Jack [Hawksworth, now in IMSA] but none of our info has transferred really well from Honda to Chevrolet,” he said, “so getting further along with our development and data is the bigger priority.

“I can say that we’re definitely gathering that data and at least now we’ve run all the types of track on the schedule, so that’s going to help.

“But I tell you, it’s going to be really nice to have a solid amount of track time practicing for the 500. We’ll have Andy Brown in to run Zach Veach’s car, and at least he has experience of the Chevy kit from last year. [Brown ran Matt Brabham’s third KV entry at GP Indy and Indy 500 in 2016].”