Podium finishers Romain Grosjean and Colton Herta have expressed surprise at how different their cars felt at Indianapolis Motor Speedway’s road course this weekend compared with the GP of Indianapolis in May.

Grosjean and Herta ended qualifying yesterday for the Big Machine Spiked Coolers GP in third and fifth respectively – within 0.05sec of pole-winner Pato O’Ward – compared with first and eighth for May’s GMR GP.

Both said it had taken a major shift in setup to get to that state of competitiveness, however. The May race saw qualifying and the race held in temperatures of 70degF and 72degF respectively, while this weekend’s event saw quali/race at 88/83 respectively.

Herta lost time in first practice with clutch and oil pressure issues, which prevented him showing his full potential, but said the car had felt “diabolical”, and he was therefore pleased to qualify fifth and end up with third.

“Great turnaround from practice,” said the 20-year-old Californian, who is by far the highest placed Andretti Autosport-Honda driver in the championship, holding seventh place. “We really didn't have any sort of pace. We finished P26 there, and that was pretty much legit pace.

“Yeah, happy to get top 5 in qualifying and move on with the podium. A lot stronger in the race than what I thought we were going to be, so that's a nice surprise.”

Grosjean, who finished second to Rinus VeeKay in May after starting on pole and backed it up with another runner-up finish today, said: “The track was quite different from when we came first, so we had to adapt a little bit the setup to make it work.

“Yesterday I think we had pole, but I made a small mistake in Turns 8-9-10, which is probably where we were the weakest this weekend compared to where we were the strongest in May. The track did change a little bit with the curbs. So we can analyze that, but definitely the car was good today.”

The Dale Coyne Racing with RWR-Honda driver said the track’s evolution over the last four months was immediately apparent.

At the first restart, which came on Lap 71 of the 85-lap race, Grosjean on new red Firestones outbraked Herta on used reds to go around the outside of the Andretti car at Turn 1.

“We know we are very strong on the brake, and in the restart I gave it a go on Colton. I've been racing him for some time, and I know he's going to leave you the place just for a good fight. I wouldn't do that with just anyone, but with Colton it works.

“I was hoping to do the same on Will [Power, winner] on the last restart, but he went early and I just couldn't quite keep up with him… I think on the last stint we were stronger than he was. I believe we catch him quite a bit, didn't we?

“I think where he was better than me was on the first stint, on the blacks [Firestone primaries]. He pulled away, we had a very slow first pitstop, and I think those first three stints, as well, he made a gap. The last two stints I believe we came back on the game, and he had 70 something amount of seconds of Push-to-Pass left when I was on zero for the last few laps.

“I knew it was going to be tight and tough. But I think we were a touch faster during the race than he was.”

Herta, by way of contrast, felt that he didn’t have enough pace to catch Power and was at a slight deficit to Grosjean, too.

“It's really frustrating and hard to accept that you just can't be the fastest sometimes, that you just don't have the car on that day… But it wasn't far off. We still had good pace and finished on the podium.

“We just needed a little bit here and there to kind of make up the deficit to Will… He was on rails today… just better, a tenth or two each lap. So yeah, we lacked a little bit to him.

“I think Romain was probably a little bit better than us, too, to be honest, but we held him off for as long as we could until he got back by us on the restart there.” 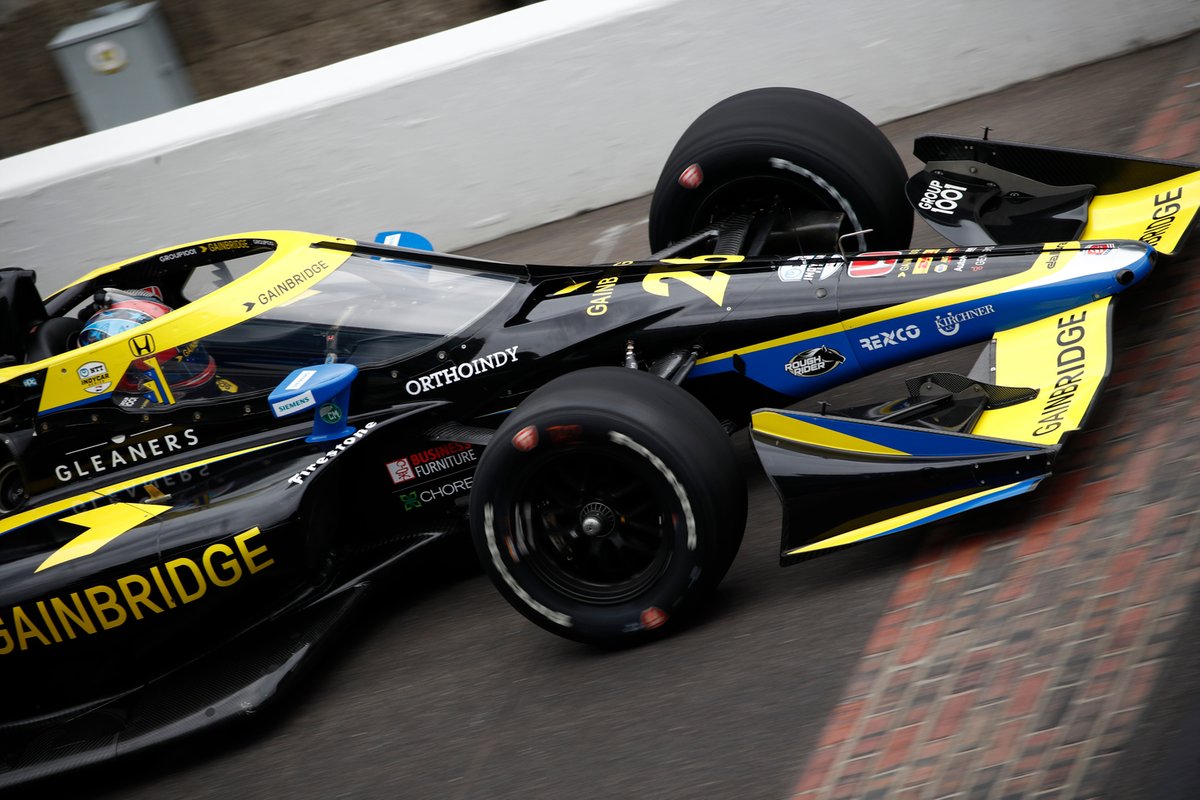 Power: “Flawless” team has “done the job and I haven’t”

Lundgaard says IndyCar debut was “a hell of an experience”