Lundgaard says IndyCar debut was “a hell of an experience”

Formula 2 ace Christian Lundgaard says a safe finish was his top priority after finishing 12th for Rahal Letterman Lanigan-Honda in his first ever IndyCar race.

The 20-year-old Dane caused a huge stir in qualifying on Friday when he finished fourth, on a day when the top five was covered by just 0.05sec.

After being passed by Colton Herta on the opening lap, Lungaard ran fifth, briefly assumed the lead as the first round of pitstops started, ran 10th in the second stint trailing Penske’s one-time champion and three-time GP Indy winner Simon Pagenaud, dropped to 14th place in stint three, but clawed back to claim 12th at the checkered flag ahead of series winners such as Felix Rosenqvist, Sebastien Bourdais and Pagenaud.

“This weekend has been amazing,” said the Alpine Academy driver. “I’ve enjoyed every second of it.

“Qualifying itself, to be in the top five out of 28 cars wasn’t expected. And I think it did put us in a good position for the race.

“Leading the race at some point was amazing, but it was all about just not doing a mistake and having a clean race and get through it. I rather wanted to get to do 85 laps than just 60 or so on. The mileage was important to get the experience of the full race. We got through it, and it was tough. It was a long two hours.

“I think tire management is probably where I suffered the most, knowing how much I can push and so on. But it's been a hell of an experience. I guess it went fine, we were probably more on the safe side than the aggressive side. The target was to get through it and not make any mistakes and I think we survived that.

“It was tough racing; I wasn’t expecting a caution at the end. I was quite low on Push to Pass at that point, and I was a bit lucky with Sebastien Bourdais because he had 115 seconds or something like that with 10 laps to go so, I knew he would have got me.

“I’m happy with P12, I got the experience. I’ll go home well rested and with a good experience from America.”

Fulltime RLL drivers Graham Rahal and Takuma Sato could be relatively happy with their days work after being disappointed at lining up on the eighth row of the grid. Graham Rahal showed a great turn of speed on in-laps and out-laps to jump forward and be part of the Alexander Rossi / Pato O’Ward / Jack Harvey battle, and ultimately claimed seventh.

Sato was rather rudely nudged aside by Josef Newgarden at Turn 1 on the penultimate lap, dropping from eighth to 10th.

Rahal said: “Frankly, the strategy worked well. The first stint, we were able to get by a handful of guys. The second stint we pushed hard and the third stint we went to the blacks (primary Firestone tires) which did hurt us a little bit because most guys had already completed their stint on blacks, but it looks like we were actually the fastest car on blacks which was a good thing because we didn’t lose that much and were able to challenge on the last stint and get a couple of places.

“Just the way that it worked fundamentally being a little more trimmed out today to try to go quick down the straights did hurt us a little bit when we were in very close traffic but overall, the One Cure team did an amazing job today. I’m super proud of our guys…

“Overall, it's another day where we passed a lot of cars which was good.” 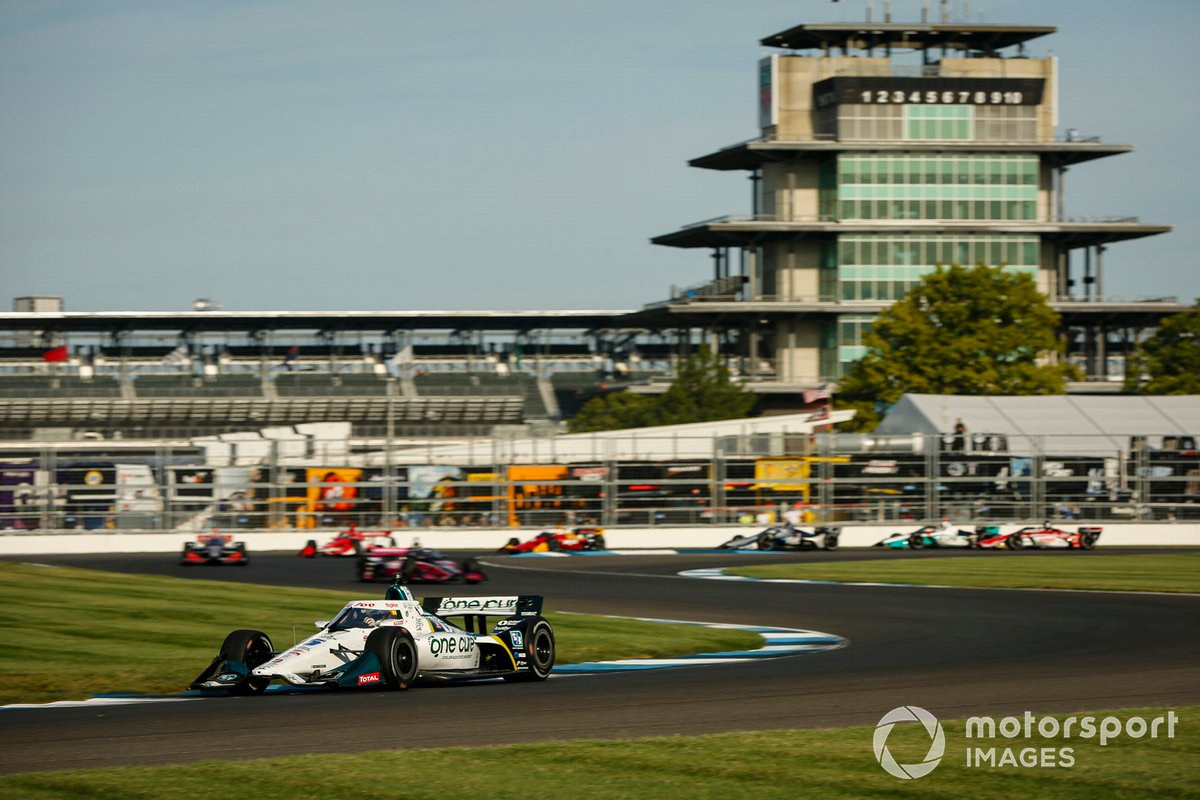 Lundgaard, Malukas admit to feeling pressure from each other