Both two-time and defending NTT IndyCar Series champion Josef Newgarden and five-time champion Scott Dixon head into the finale uncertain of how strong their cars are on a street course.

With the Covid-19 pandemic-caused cancelation of Long Beach, Detroit and Toronto, and with the shift of St. Petersburg from season-opener to season-closer, this weekend the IndyCar teams are encountering a street course for the first time this year.

With some uncertainty over how Firestone’s two tire compounds will behave and with this being the first street race using IndyCar’s weighty aeroscreen, teams will have just 90 minutes of practice from 10.55am-12.25am on Saturday to hone their setups before qualifying.

The closest that teams have to a real-world street course simulation is Sebring, where they last tested in February and March, and even then it’s far from being a perfect representation of a typical temporary, despite its bumps.

Chip Ganassi Racing-Honda’s Scott Dixon, who has four runner-up finishes at St. Pete but has never won, said: “The Sebring test was really good for us. The car was quite good. But… it's Sebring. It's a road course and you run a street course tire on it.

“I think the tire was probably the biggest change that we saw. The 2020 street course tire seemed to have a ton more grip, but does that [reduce] the difference between the black [primary tire] and the red [softer alternate]? We only get to test the blacks.

“So I think everybody will be pretty interested to see how that plays out. Tire deg[radation] could be a real thing for both. Last year [at St. Pete] the black tire was definitely the preferred tire because the red didn't last. If it's going to be closer, it might not be a tight [on fuel] two stopper; everybody may have to jump to a three stopper.

“There's always so many unknowns. I think sometimes Sebring can give you a false sense of security going into St. Pete, as we find every year. The only time we found Sebring to be meaningful was when we tested there in July and August. It's really hot. You get into the run of the later street course races throughout the year.

“We're trying to apply what we do every year: we do this at Sebring, we apply this to St. Pete for the first race. I think there's always a bit of a consciousness and mindfulness on what races are coming up, whether it's simulation or directions we've learned throughout the year.

“It's so compact now on race weekends with one practice session. There's so much to get through that sometimes you can't get through. A lot of times you just hope you roll off in a good situation.”

“It's hard to know until you actually really get to the weekend,” he said. “We were in the same position back in March where we'd all tested, we'd all been on the tire that we were going to run on the weekend. But it's not a true street course track condition that you're testing on. You don't know how it's going to apply to each specific street course that you go to.

“I guess I could say I felt like our street course car took a massive step in 2019. I know I was very happy with our street course package [and we] tried to carry that through with the aeroscreen, modify it a bit for the differences.

“The good news is we had already done a ton of work. We were ready to go run St. Pete [in March]. Now we're just going to try to apply that.”

No change in approach, but different pressure

Dixon needs only to finish in the top nine on Sunday to bag his sixth championship, even if Newgarden takes the win, and the bonus points for pole and leading the most laps. But he admitted he will not consider driving for points, after taking just eighth, ninth and two tenth places from the last four rounds.

“We try to typically keep it pretty simple,” said the driver who captured the IndyCar championship in 2003, ’08, ’13, ’15 and ’18. “I would say that was not the case for the last few races, which got us into a bit of a tailspin. Josef and Team Penske and his teammates have been doing a fantastic job.

“For us, we just need to have a pretty simple weekend, try to keep it clean. Obviously the goal is to go for a win. That makes it a lot easier; then you don't have to worry about any of the scenarios. As you mentioned, there's many different scenarios. I think we're still lucky to be in the situation that we are, the points lead that we do have.”

This is the 15th consecutive year that the IndyCar title fight has gone down to the wire, but in recent years that has been skewed by the final round offering double points. That is not the case this season, as there has been so much uncertainty surrounding the calendar.

Asked again if he expects to take fewer chances in passing maneuvers given the potential consequences of an accident, Dixon said: “I think you honestly just try to keep it as any other race weekend, which it is. They all pay the same points apart from Indy this year.

“I think that's the constant situation when you're in any race – analyzing the situation that you're in, who you're passing. This weekend that may be a little more prominent. Cars that you maybe have an opportunity to pass or not, that you're racing hard, depending even which team they're from. That could alter things.

“I think that's typical of any race weekend. Yes, there's a little more on the line with being caught up in an accident, points and situations like that. But I think that is something you deal with every race weekend.

“Again, to simplify it, you go as we do every race weekend, to win – not just myself but my teammates and everybody involved. That makes it the most simple. I think when you start to cloud it and make it complicated, then it gets complicated! We'll just try to keep it as simple as possible.”

Newgarden, who successfully defended a points lead in the 2017 and ’19 season finales, says being the underdog on this occasion will feel different.

“I don't feel the pressure so much on our end,” he said. “You probably normally don't when you're pursuing versus trying to hold someone off.

“I'm surprised we're here, to be honest. It almost makes it more disappointing looking at the year now that we've clawed back to this point. We were in such a deficit, there was such a hill. We've reduced the hill, without a doubt, but it's still a mountain to climb. It's going to be a very hard task for us to try to win the championship.

“I don't think there's a ton of pressure. I'm just really proud of what we've come back from this year, some of the adversities we've had to work through. But… we don't change our approach. I've never really changed my approach.

“If we have a fifth-place car on the weekend, you can only force so much. For me, it's all about calculated risks, getting the most out of the weekend. For us, that needs to be a win. If it's not there, I'm not going to take a sixth-place car and try to pass five guys in front of me. I'll probably end up in the wall doing that. I don't see the approach changing for us very much.” 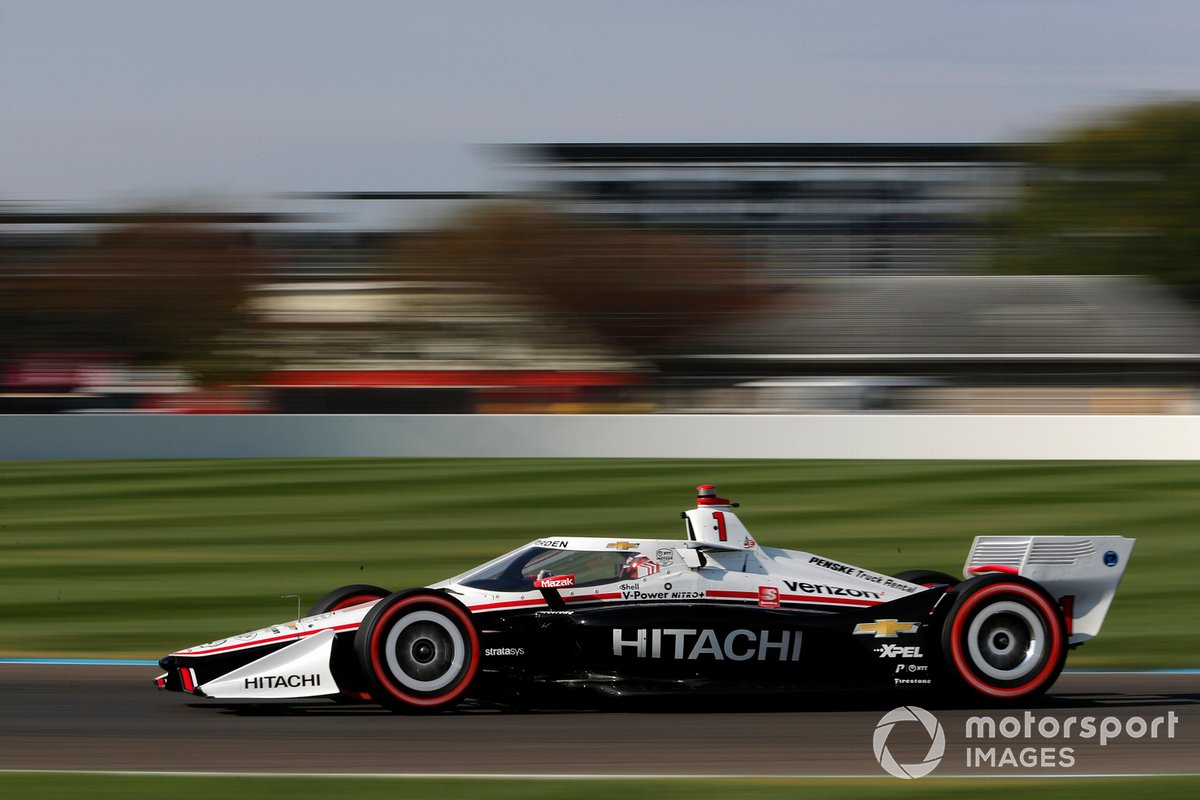