Dale Coyne Racing announced today that it is entering into a collaboration with Rick Ware Racing for a full-time entry and a part-time entry in the 2021 NTT IndyCar Series.

Following Wednesday’s announcement that Ed Jones will pilot the #18 Dale Coyne Racing with Vasser Sullivan-Honda, Coyne has revealed that his second full-time entry, now #51, will also be run in partnership with another team owner.

Rick Ware, who joined forces with Coyne to run James Davison in last year’s Indianapolis 500, has come onboard as co-entrant of the #51 but also the #52 entry, which will compete at Indy and possibly other races “that are yet to be determined.”

Coyne said: “We were introduced to Rick Ware at last year’s Indy 500 where he ran James Davison in our third entry. It was interesting to see how similar his efforts in NASCAR Cup and IMSA were to ours.

“We have talked ever since that event and we are excited to welcome Rick Ware Racing into our family at DCR.”

The primary sponsor of the #51 car will be announced in February with the driver of that season-long entry expected to be announced next week.

Ex-Formula 1 driver Romain Grosjean is favorite for the seat, although his participation in IndyCar’s four oval races remains open to question.

Should he choose not to compete in the Texas double-header and the race at Gateway, a driver such as JR Hildebrand could be drafted in, although the Californian wouldn’t be available for the Indy 500 as he is due to take his ‘regular’ ride with Dreyer & Reinbold Racing.

Said Ware: “I met Dale last year through our Indy efforts with David Byrd and struck up a friendship with him and his team. I have thought a long time about expanding into IndyCar from our efforts in NASCAR Cup, Xfinity and IMSA, so this collaboration was an easy and logical step. We look forward to a competitive 2021 and beyond together.”

Rick Ware Racing (RWR) currently fields four charters in the NASCAR Cup Series; No. 15, 51, 52 and 53. Located in Mooresville, North Carolina, RWR has competed within NASCAR's top touring series since 2000. Over the past 20 years, RWR has competed in the Super Trofeo Series, IMSA, Asian Le Mans Series, ARCA and several other smaller series.

His RWR Eurasia entry will compete in the LMP2 class at this weekend’s Rolex 24 Hours at Daytona. 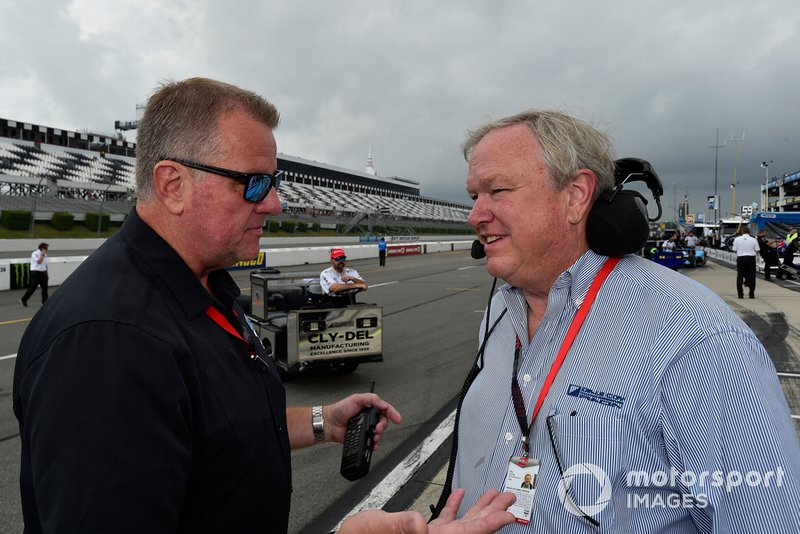