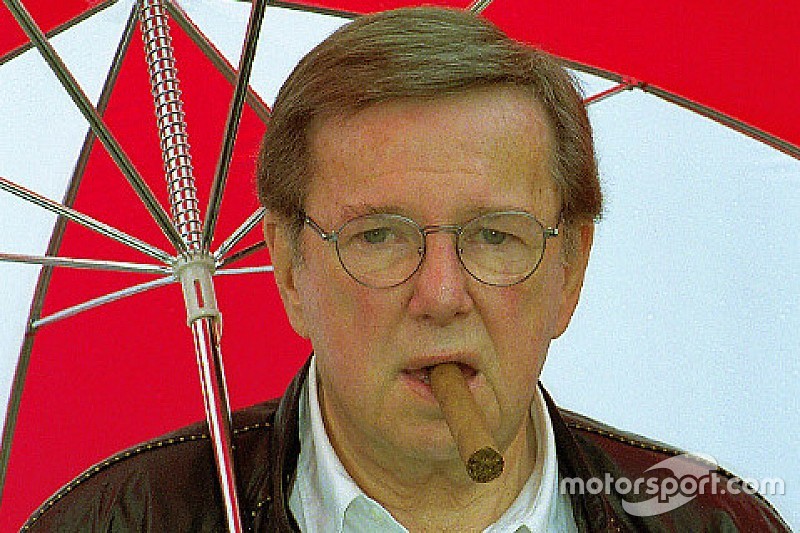 David Malsher pays tribute to one of the greatest race team owners in U.S. motorsports history, who has passed away after a long battle with Alzheimers.

Until Chip Ganassi Racing scored its first title in ’96 and stole a march on its rivals by packaging Reynard, Firestone and Honda together, Newman/Haas was the only Indy car team that could consistently stand toe-to-toe with Team Penske, trade punches and floor its rival.

NHR's strength in depth among its drivers, crew chiefs and engineering staff was a tribute to the man who started it all, Carl Haas. The man expected, created, bred and maintained excellence.

In business he was renowned as a smart man and a straight shooter who’d be taken for a ride by nobody. Yet his team was far from being an austere, regimented winning machine: there was a low staff turnover primarily because those who joined never wanted to leave.

Originally a racecar driver of some repute in the Sports Car Club of America, Chicago-born Haas became the U.S. distributor of Elva cars, and while that alone wasn’t going to make him rich, he became very aware of the domestic racing community’s fascination with British sportscars.

A meeting with Mike Hewland led to Haas taking on the responsibility of Hewland Engineering’s U.S. parts distribution service, and in 1967, Lola Cars also came under Haas jurisdiction in this country, as Carl started his own race team.

To say the business flourished doesn’t quite do justice to what followed as Lola became synonymous with excellent designs, high quality control and a parts supply network that rivaled and often exceeded that of homegrown brands.

Haas quit the cockpit in the early 1960s to focus on business, but by then he had developed a keen eye for top drivers. He needed his company to be a success, but he was never in the sport just to be mediocre and make a fat pile of dough. Haas’s passion for on-track competition remained fervent and he always sought the best.

That’s why the burgeoning Formula 5000 series and its replacement – the single-seater version of the Can-Am Series – became his domain. From 1973 through ’81, the title winners all drove Lolas and were top caliber talents such as Jody Scheckter, Brian Redman (three consecutive titles), Patrick Tambay (two), Alan Jones, Jacky Ickx and Geoff Brabham.

By then, Haas had seen Lola score its second Indy 500 victory following Graham Hill’s triumph back in ’66. The next came when Al Unser’s Chaparral Racing-run Lola T500 conquered the Brickyard in 1978, and appropriately given its designation, went on to conquer the other two 500-mile races on the IndyCar schedule, at Pocono and Ontario.

Haas was never one who’d run before he could walk, and had shrewdly delayed his own team’s entry into the top tier of the sport on this side of the Atlantic. U.S. open-wheel racing was going through considerable turmoil as team owners formed CART and broke away from USAC, but the rapid growth of CART Indy car inevitably sparked his interest.

When Mario Andretti, toward the end of his Formula 1 career, suggested that Haas form an Indy car team with former F5000 rival team owner, iconic actor Paul Newman, Haas’ spark turned into a flame. When Andretti said he’d drive for the team, Newman leapt at the chance.

It speaks of the great talents involved in the team, and the shrewd man at the top, that despite a car design that started as a dud, the Newman/Haas squad scored two victories in its opening season, 1983. Once Lola fully understood the complexities of creating a racecar that could handle CART’s diverse tracks – superspeedways, short ovals, road courses and street courses – the Huntingdon, UK-based manufacturer delivered the T800 which took Andretti to the title in ’84.

Misfortune and engine issues would dog the team over the next few years, and there was the added distraction of an ill-fated 18-month foray into Formula 1 – but Mario was a contender at every Indy car race, and never finished the championship outside the top six.

NHR expanded to two cars in 1989, with Michael Andretti joining his father Mario, and although the Lola T89/00 was not a consistent match for the Penske PC18, Michael and Mario finished third and sixth in the championship. From the outside, there had appeared to be no growing pains; expansion had simply led to an extension of excellence.

Two years later, Michael finally nailed down NHR’s second drivers' championship. His talent was huge, and the Chevrolet engines were powerful and reliable but his dominance that season was also a result of Carl Haas’ high quality of race preparation. A switch to Cosworth XB motors in 1992 led to an even more dominant season from Michael but cruel unreliability prevented him scoring consecutive titles.

But then Carl Haas pulled off the coup of the decade, landing reigning Formula 1 World Champion Nigel Mansell to replace Michael who was heading across the Atlantic in the other direction. ‘Red Five’ attracted the world’s media, Indy car racing had never been so popular, and the superfast champ with a flair for drama did not disappoint. Cossie did its homework too, and the result was the 1993 title.

Blown away by Penske in 1994, Mario retired and Mansell quit. But NHR started to regain its legs in ’95 with Michael Andretti and Paul Tracy at the wheel. Yet the sheer indomitable will to win and engineering quality of Carl’s team was never on better show than in ’96.

As mentioned earlier, Chip Ganassi and his drivers Jimmy Vasser and Alex Zanardi proved that the Reynard 96I-Honda-Firestone combo was the one to have but NHR and Andretti somehow sent the Lola-Ford-Goodyear package to Victory Lane five times that year, earning second in the points table.

Although Penske and Ganassi departed for the Indy Racing League at the end of 2001 and ’02 respectively, Carl Haas and Paul Newman remained in CART/Champ Car and reverted to Lolas. But despite NHR losing its chief rivals for the gold standard in the series, the team never let its quality waver, and the squad thus became dominant.

By now, however, sponsors were falling away from the sport, the merger having come too late to retain the interest of high-flying CEOs prepared to invest seven- or eight-figure sums.

Indy car sophomore Graham Rahal gave the team hope by driving his (largely unsponsored) car to victory at St. Petersburg in 2008, with the late Justin Wilson nailing the team’s final triumph at Detroit. Given the unfamiliarity of the ex-Champ Car teams with the IRL Dallaras, those highlights were yet another remarkable endorsement of the type of team Carl and Paul and Carl’s wife Berni had put together.

End of an era

But this remarkable team swiftly lost its figureheads. Cancer took Newman in September 2008, and the following season, Haas stopped coming to the racetrack as Alzheimer’s took its merciless hold. Yet his remarkable wife Berni Haas kept writing the checks and that helped prop up the team until the end of 2011.

In that final season, Oriol Servia rewarded the team with three podium finishes and fourth in the championship, beaten only by two Ganassi drivers and one of the Penske entries. When you compared team budgets, that was nothing less than an utterly heroic effort by team and driver.

Carl Haas was more than just a team owner and racecar importer, however. He ran the Milwaukee Mile for a decade, he served on the board of directors for both Road America and the SCCA and operated the original Houston Grand Prix track…

Ably supported by Berni to the very end, Carl had poured his heart and soul into racing. It was never enough for him to be just part of the scene; if it was going to be done at all, it needed to be done right.

That’s the attitude that turned his business into a success and made his race team one of the truly legendary establishments in our sport. And that explains why Carl Haas will always be remembered as one of the pillars of professional auto racing in North America.