Nick Tandy, who has won the last three Mobil 1 12 Hours of Sebring for Porsche, says he’s hoping to deliver Corvette Racing its 12th win in the legendary event.

Corvette actually has 12 IMSA WeatherTech SportsCar Championship wins at Sebring, but the most recent was in the 2hr40min race last July, when Tommy Milner and Oliver Gavin delivered in the #4 Corvette C8.R.

Now former Porsche ace Tandy, who replaced Gavin as Milner’s fulltime partner, hopes he, Milner and Alexander Sims can deliver the team’s first Sebring 12 Hour win since 2017, after finishing just 3.5sec behind their teammates in the 2021 season-opening Rolex 24 Hours at Daytona.

“I’ve won the last three 12-hour races there and hope to keep that going to make it a fourth,” said Tandy. “The first few times I raced the 12 hours, it wasn’t my favorite event because we never got on particularly well.

“Recently, it just seems to be a race that has come to me at the end of it. There have been situations and circumstances that suited me, along with a bit of luck. Being able to be around to pick up the pieces and be quick when needed is key. I’m hoping to bring some of that magic and use it this year.”

“The thing about Sebring is that it is the toughest track on man and machine that we go to. It’s normally pretty hot that time of year. Starting in the day and going into the night makes it a long race.

“What has made it special to me is the people that are there and the ones that create the atmosphere around Sebring. It’s been one of the most fun events I’ve competed at over the years.”

“To be honest, this feels normal… going to Sebring in March for the 12 Hours,” said two-time Sebring 12hr winner Milner, referring to last year’s event being postponed due to the COVID-19 pandemic and becoming the season finale. “It doesn’t feel weird going back already.

“We’re not too far removed from the 12 Hours, but there have been quite a few changes for us with new drivers and a renewed push on the engineering side to buckle down and tighten up all the issues we had in November. One thing we always do at Corvette Racing is learn lessons from the past and use those to improve ourselves.

“Daytona obviously was a strong race from both cars and the team as a whole. The cars were quite reliable on all fronts. With two new teammates… they both have so much experience at big events like Sebring that it doesn’t feel like a big change from the driving aspect. We’ve had a couple of tests at Sebring with everyone, so it should be business as usual for everyone once we get to the race.”

Sims, who replaced Marcel Fassler as the #4 team’s endurance driver for 2021, described the race as “one of the toughest any driver can do around the world. “It’s an absolutely brutal lap around Sebring but also one of the most memorable, the times you get it right. The bumps and Tarmac changes present challenges you don’t find anywhere else in motorsport.”

The #3 Corvette C8.R will again be driven by the latest Rolex 24 winners, reigning champions Antonio Garcia and Jordan Taylor, along with Nicky Catsburg. 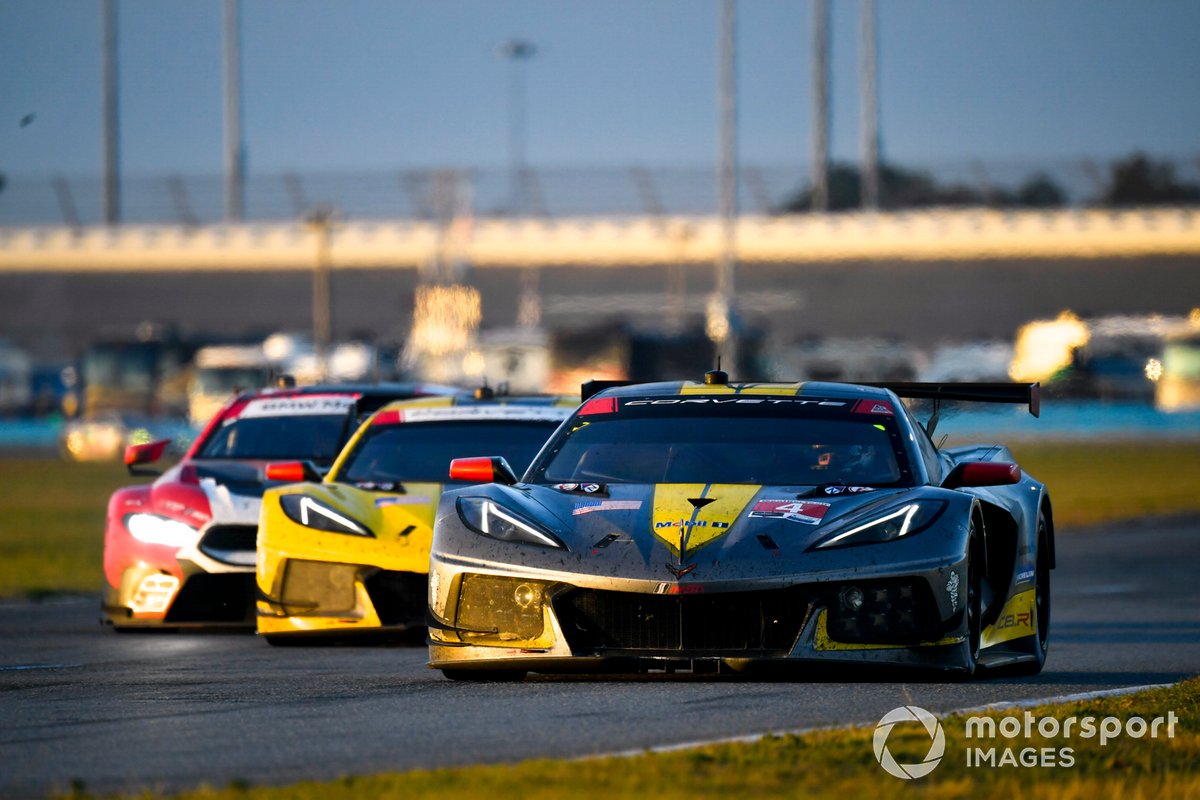 The #4 Corvette drivers can expect strong opposition from not only their teammates but also the BMWs – for the last time before the Watkins Glen 6 Hours.