The drivers in Cadillac’s armada go into Saturday’s Twelve Hours of Sebring knowing the DPi-V.R has the pace and reliability to win, yet has lost the last two IMSA enduros.

Last year, this iconic race became the WeatherTech SportsCar Championship’s season finale, and it was captured by Mazda after Wayne Taylor Racing’s Cadillac DPi-V.R was involved in a collision with one of the Mazdas and later, the Action Express Racing Cadillac was damaged – and subsequently given a drive-through penalty – after Pipo Derani struck the Penske Acura of Juan Pablo Montoya.

Then at January’s Rolex 24 Hours at Daytona, WTR did win – but of course now runs one of the Acura ARX-05s, while Cadillac had to settle for runner-up position from AXR’s part-time entry, the Ally-sponsored machine of Jimmie Johnson, Simon Pagenaud, Kamui Kobayashi and Mike Rockenfeller. The Cadillac that looked most likely to prevail was the new Chip Ganassi Racing entry driven by Kevin Magnussen, Renger van der Zande and Scott Dixon, but it suffered two punctures in the closing stages, the second one cruelly late on, as van der Zande drew a bead on the WTR Acura.

There are, then, scores to settle at Sebring for Cadillac drivers come Saturday. Derani, in particular, is renowned as a track specialist, having won the Twelve Hours in ESM Racing’s Ligier-Honda (2016) and Onroak-Nissan (2017), and then in AXR’s Whelen Engineering Cadillac in 2019. Last year, he also took pole and won the 2hr40min race at Sebring that IMSA slotted into a COVID-afflicted schedule to help substitute for other events that were canned. 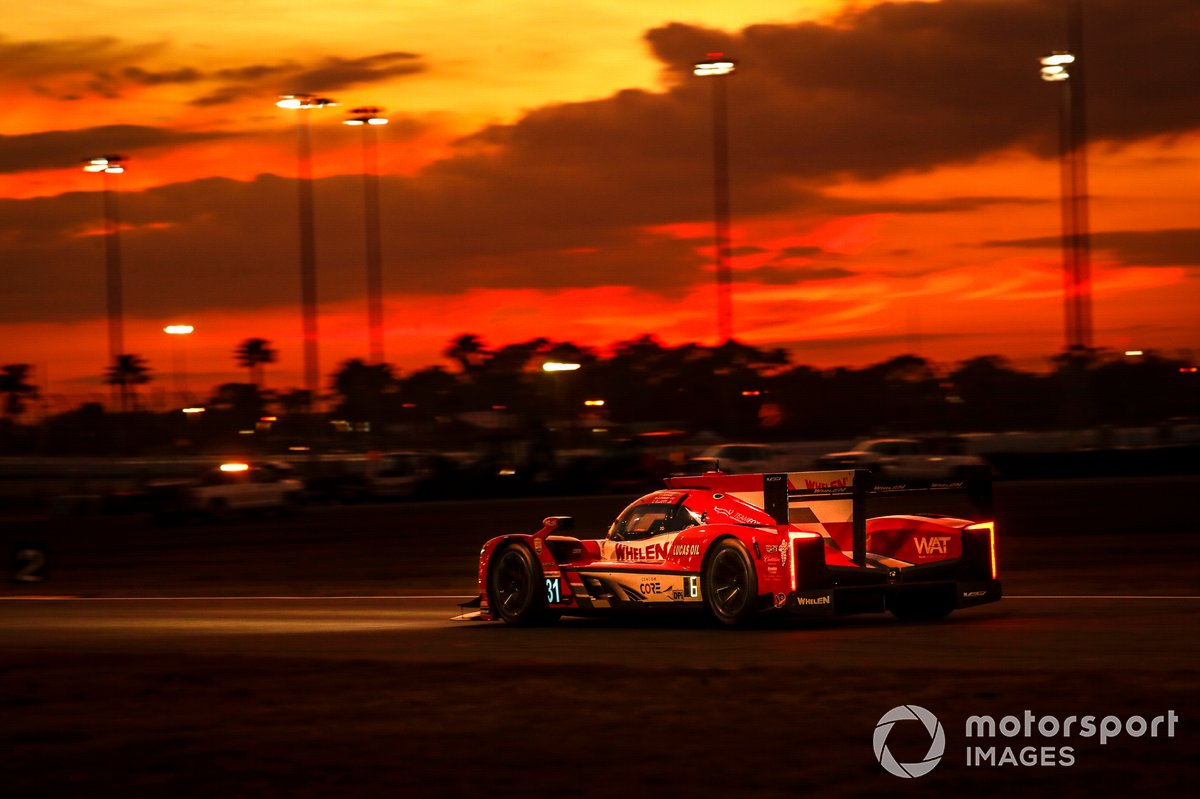 Derani, who will race with fulltime teammate Felipe Nasr and AXR’s regular endurance ace Mike Conway, said: “We are looking forward to going back. It’s such an important race on our calendar and a very prestigious race worldwide.

“I’ll definitely be looking for my fourth win. Hopefully, I’ll be able to achieve that this weekend. I’m sure we’ll have a car that will fight for that win.

“It’s going to be a pleasure to share the car with Mike, who was with us at Daytona, and Felipe. Felipe and I are in our third year together. At Daytona, we had a tough race, but we were competitive from the beginning to the end. So, we’re definitely looking forward to Sebring. Hopefully, we can return to the top step of the podium.”

Added Nasr, “We tested with the other teams a couple of weeks ago and it was good to measure our pace.

“The track is very technical with high-speed, low- and medium-speed turns. The track surface changes with the time of day and that is one of the things that makes it so special.”

Van der Zande agrees the race is special, and having twice finished second overall, and twice finished third in the old Prototype Challenge class, feels the time is right to anchor a win for the Ganassi team.

“We tested at Sebring and were able to try all kinds of different things with the car,” said the 35-year-old Dutchman. “The car is new to the team, so they are still getting familiar with it.

“Sebring is an iconic track and there is always something crazy happening during the race. We start in the morning and it is hot, the track changes all day, especially when the sun goes down and it gets cooler.

“I have won Petit Le Mans, Daytona, and Watkins Glen I am ready to win at Sebring. Looking at Daytona the Acura was strong, but there are more Cadillacs in the field. The Cadillac has always driven really well over the bumps at Sebring.

“The BoP [Balance of Performance] at Daytona was quite impressive – things seemed pretty even. We will see what happens this weekend.”

JDC-Miller Motorsports was another Cadillac team that showed impressive, race-leading pace for much of the Rolex 24 Hours, and its all-French line-up of fulltimers Loic Duval and Tristan Vautier, and one of racing’s finest all-’rounders Sebastien Bourdais is optimistic for Saturday’s 69th running of the IMSA classic. 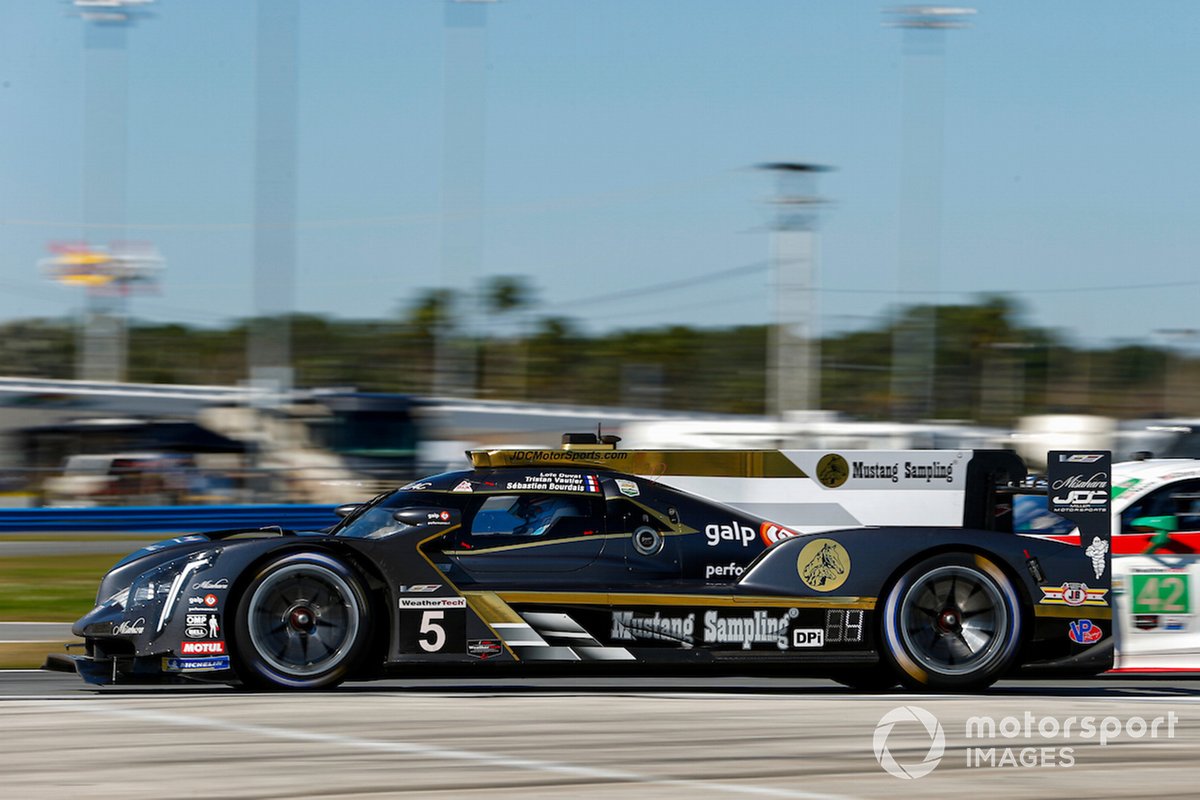 Said Vautier, “In November we were in the fight for the win and then we got hit in the back by a GT car and that took us out of contention. We weren’t able to test, but if we unload with the car close to where it was in November and we execute, we should be able to battle for the win again.

“The cars at Daytona were very strong and close. It will come down to who does the small details right and avoids trouble.

“There is a lot going on on the track with LMP2 cars, so that will make it tricky. Plus, Sebring is more narrow than Daytona so it will be difficult to get past those cars. We will have to be around for the last two hours where we can push for the win.”

Kobayashi, who will again join Johnson and Pagenaud in AXR’s extra entry for the Michelin Endurance Cup rounds, said: “I will be driving the Cadillac DPi-V.R for the first time at Sebring this week. I’ve raced at Sebring once before in the WEC series and we finished second in the Toyota in 2019.

“I like the track. It is very challenging for the driver. I talked to Jimmie and Simon after the test and they said that the Ally Cadillac DPi-V.R handled the bumps really well. I am looking forward to driving the car there this weekend in what I think will be a very competitive race.” 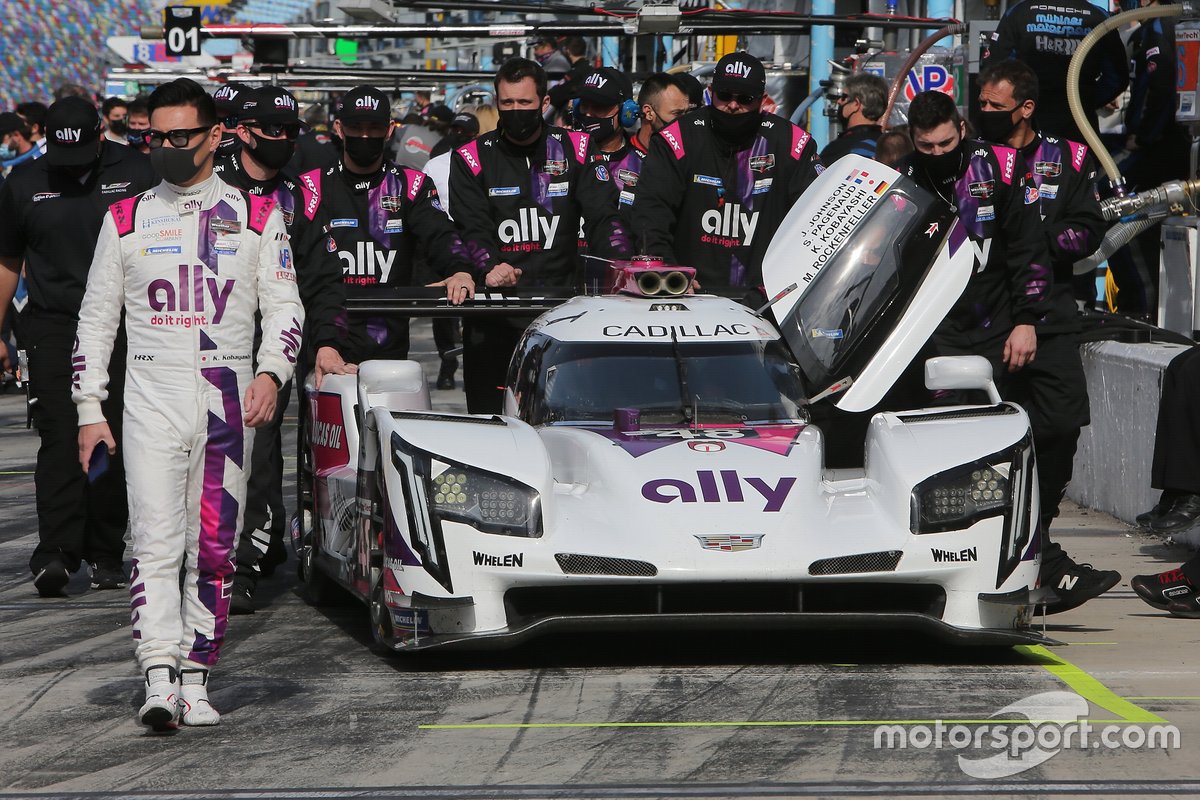 WTR drivers impressed by Acura, but wary of Cadillac threat