Alexander Rossi enjoyed the rare opportunity to wheel both his Andretti Autosport-Honda and Wayne Taylor Racing Acura ARX-05 in a day of testing at Sebring Raceway.

Rossi turned 105 laps in his IndyCar – and topped the nine-car test – but also helped complete a shakedown for Wayne Taylor Racing ahead of this weekend’s Roar Before The 24, which this year includes a 100-minute race that sets the grid for the Rolex 24 at Daytona.

Wayne Taylor Racing, which has won three of the last four editions of the Rolex 24, has this year switched from the Cadillac DPi-V.R to Acura’s ARX-05, which won the last two IMSA WeatherTech SportsCar Championship titles while run by Team Penske.

WTR’s single-car entry will be raced full-time by Ricky Taylor and Filipe Albuquerque this year, with Rossi joining them for the four Michelin Endurance Cup rounds, and Helio Castroneves as fourth man for the Rolex 24.

Rossi told Motorsport.com: “I probably only did 15-20 laps in the Acura, because it was more of a shakedown for us, the first time that Wayne Taylor Racing has run the Acura.

“It was in full Daytona spec [set up for high straightline speeds], so it was more a chance for the team to get used to the systems on the car, to make sure that all the drivers fit and at the same time do very generic benchmark stuff. But it was useful, so overall a good day in both cars.”

Rossi said that with the delayed 2020 Sebring 12 Hours being run so late (mid-November) there have not been updates made to the Acura ARX-05 since he last raced it with Castroneves and Taylor in the Sebring 12 Hours. He therefore feels a sense of responsibility to help steer WTR, given that he has greater experience of the car than his new team.

“We are continually trying to evolve the software side of things and there is more stuff in the pipeline, stuff that we’ll try at the Roar before the 24,” said Rossi. “But yeah, one of [team owner] Wayne Taylor’s big motivations in hiring me and Helio was that he knew it would be a short turnaround from the end of one season to this one, and in terms of him getting the cars prepped for IMSA’s biggest race of the year.

"He wanted drivers who were already well versed in the Acura and with us and Ricky, we’ve been able to really explain what we need from the car, how it works, its idiosyncrasies, and so on. I think that was helpful to the engineers and also Filipe as well, and we had a trouble-free day.”

Rossi said that, as ever, Sebring results from an IndyCar test couldn’t entirely be trusted, even though he was happy to end the day as fastest.

“I know we come here as the one track that can kind of represent a street course in testing, but honestly, after two days of cars running here, there’s so much grip that it’s pretty much a road course.

“That said, we did focus a lot on St. Pete packages for when we actually race there [the Firestone GP of St. Petersburg has been shifted from mid-March to mid-April in light of the pandemic constraints]. We went through four different cars and were able to tune them all to produce a similar lap time, which addresses one of our big weaknesses in previous years – not being able to roll off the truck with a good balance all the time.

"That’s what our challenge was today: find a complete a package to check that our offline simulation development is good enough to come up with the setups that we need to be quick. And for the most part it looks like we were good at it.

“So from that standpoint it was a really good test. I think toward the end of last year we had found our stride anyway in terms of performance, so it’s good to see that carry over and to be able to match Scott [Dixon] from the morning and afternoon of testing the day before.”

Whereas St. Petersburg turned out to be the only street course on the 2020 NTT IndyCar Series calendar, the 2021 schedule (pandemic allowing) contains not only St. Pete but also reinstates Detroit, Toronto and Long Beach, while adding the new event on the streets Nashville. This, says Rossi, will play to the team’s strengths.

At St. Petersburg last October, Rossi was leading when he crashed, and two of his teammates, Colton Herta and James Hinchcliffe, weren’t able to capitalize only because they’d made errors themselves. All three had qualified in the Firestone Fast Six.

“We’ve got to win the ones we’re leading and not crash!” smiled Rossi, “but yes, we had a lot of what should have been our best races last year taken away from us through no fault of anyone’s. So we’re very much looking forward to getting back to the temporary tracks.

"Personally I need to redeem myself at St. Pete, of course, but as long as the calendar goes off as currently planned, that’s going to be a very good thing for Andretti Autosport-Honda as a whole.” 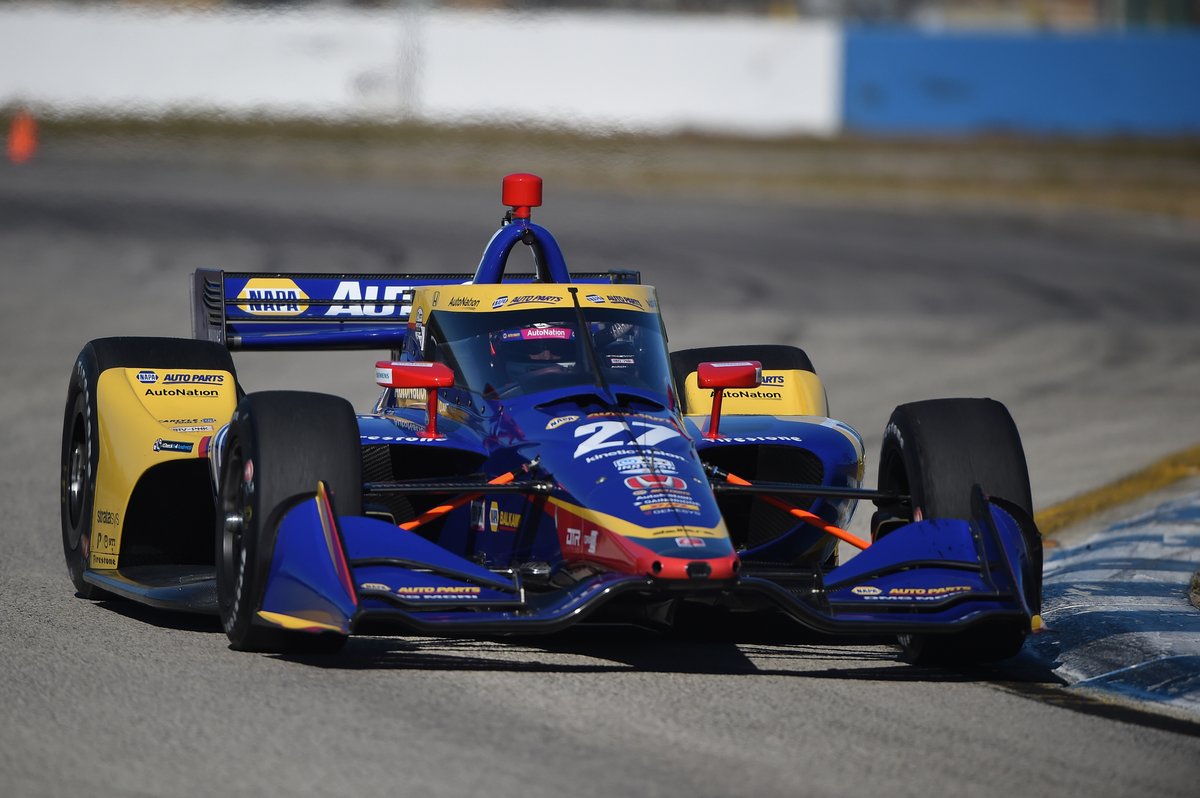 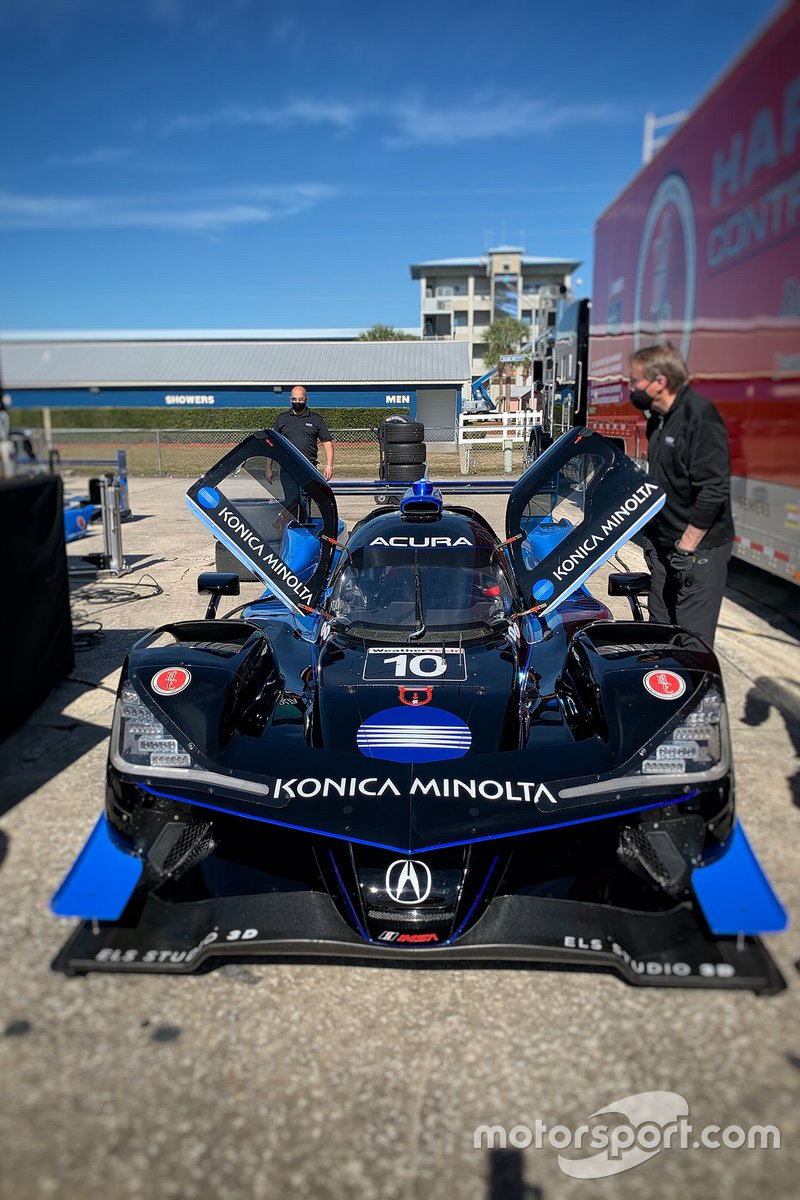