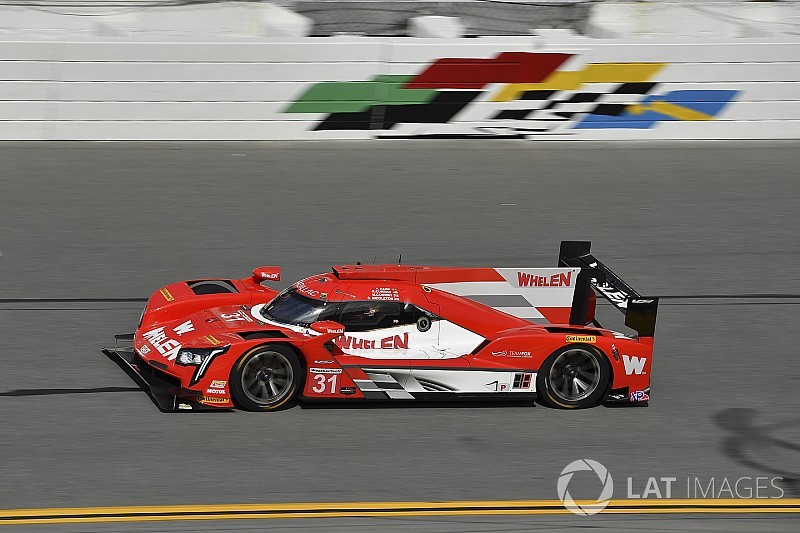 Toyota LMP1 star Conway ousted Stroll from the top of the times just over 20 minutes into the one-hour session on Friday morning with a best time of 1m36.865s aboard the #31 Cadillac DPi-V.R.

That demoted Stroll and the #38 Jackie Chan DC Racing Oreca LMP2 to second place, 0.181s behind Conway and a tenth ahead of Tristan Vautier in the #90 Spirit of Daytona Cadillac.

DTM champion Rene Rast put the best of the Joest-run Mazda DPis, the #77 car, in fourth place, while the sister #55 machine missed the session due to an engine change.

Filipe Albuquerque made it three Cadillacs in the top five in the second Action Express machine.

The two cars that will start from the front row on Saturday were seventh and eighth-fastest, with Graham Rahal in the best of the Team Penske Acura ARX-05s leading Jordan Taylor's Wayne Taylor Racing Cadillac.

Fernando Alonso was 16th fastest in the #23 United Autosports Ligier JS P217, 1.930s off the pace and two places behind the sister #32 car that suffered a puncture while Bruno Senna was at the wheel.

The class pole-sitting #3 Corvette was seventh-fastest ahead of the two all-new BMW M8 GTEs.