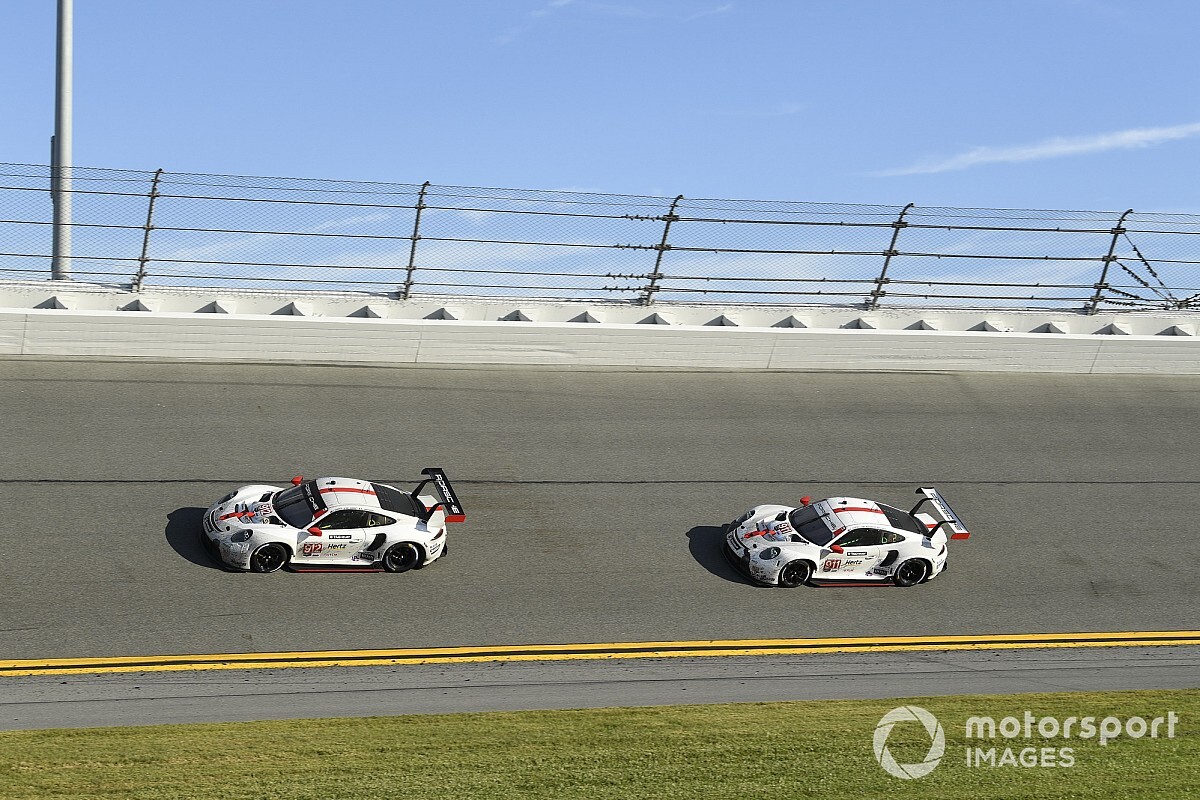 Porsche has announced it will pull out of the GT Le Mans class of the IMSA WeatherTech SportsCar Championship after the conclusion of the 2020 season.

The German manufacturer, which has been a mainstay of the factory-based GT class since the championship’s inception in 2014, cited the impact of the coronavirus crisis as the key reason for its withdrawal.

"The decision to halt our factory involvement in the IMSA series was not an easy one for us," said  Porsche Motorsport vice president Fritz Enzinger. "With a view to the current corporate situation in connection with the Coronavirus pandemic, it is only logical for Porsche Motorsport to make a contribution to coping with the economic fallout.

"We’ve openly discussed our exit with all involved. At this point, we’d like to convey our sincere thanks to Jim France and the colleagues at IMSA for their understanding. Porsche belongs in endurance racing. We will work hard to ensure that this is only a temporary Auf Wiedersehen."

Last month Porsche already announced it would not bring its two IMSA cars to September’s Le Mans 24 Hours, cutting down its presence in the GTE Pro category from four to two cars. The announcement leaves just Corvette and BMW as full-time manufacturers in IMSA.

Corvette has only recently introduced its all-new C8.R, while BMW, which left the FIA World Endurance Championship after one full season with the M8 GTE, has not yet unveiled its North American plans for 2021.

Porsche finished first and second in the 2019 season with the 911 RSR. Laurens Vanthoor and Earl Bamber beat stablemates Patrick Pilet and Nick Tandy to the GTLM title in the machines run by CORE autosport.

Earlier the Weissach marque indicated it is studying a possible entry in the new LMDh prototype class, which is set to replace the current DPi machinery in IMSA's top class from 2022. Embracing LMDh would also allow the brand to fight for the overall win in the Le Mans 24 Hours and FIA WEC.

A Porsche spokesperson told Motorsport.com that there is “no discussion” about its current commitment to the WEC’s GTE Pro class. It will also continue supporting its customer teams in IMSA's GT Daytona class for GT3 machinery.

Plans for CORE autosport beyond 2020, meanwhile, remain unclear. "CORE’s partnership with Porsche has always been a dream for me," team owner Jon Bennett said. "Not just because I love the brand, but because partnering with Porsche’s history and reputation raised the visibility of the exceptional work we do at CORE.

"I thank Porsche for an incredible seven years and I thank our employees who are the best in the business. I am honoured we shared this journey together."