Nasr then jumped to the top of the times at 2m08.114s, following Taylor on track. He improved again to 2m07.919s, three quarters of a second faster than the car he was physically chasing.

Weather conditions then worsened as Nasr spun at Turn 5 – narrowly avoided by Magnussen – and continued, while Olivier Pla hit the wall at Turn 3 in his Meyer Shank Racing Acura. Magnussen then had his own off-track excursion at Turn 3.

Oliver Jarvis was third quickest – fractionally slower than Taylor – in the sole Mazda, ahead of Magnussen, Tristan Vautier (JDC-Miller Cadillac) and Pla.

In LMP2, Ben Keating (PR1/Mathiasen Motorsports) dominated despite a spin, ahead of Steven Thomas (who also spun his WIN Autosport ORECA) and John Farano.

Dan Goldburg was fastest in LMP3 on a drying track, 0.313s ahead of Gar Robinson and Jarrett Andretti. 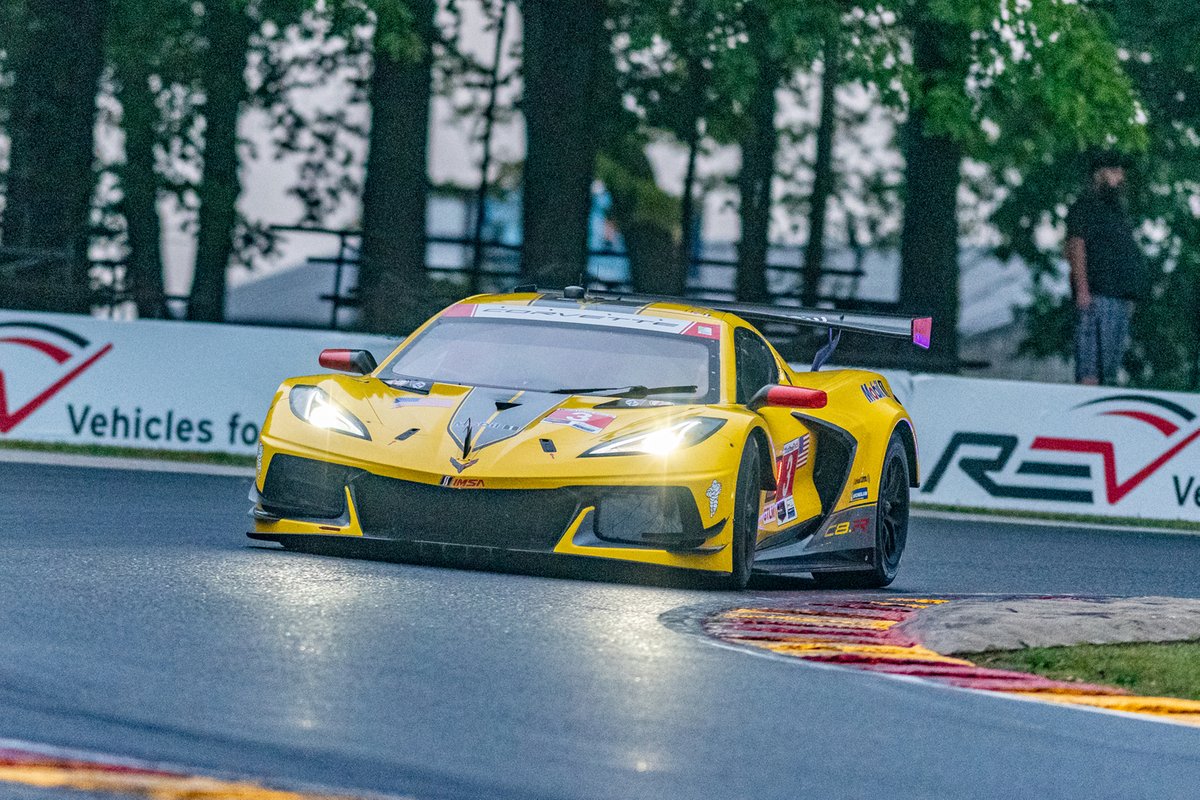 The GT Le Mans session was held in full wet conditions, Jordan Taylor outpacing his Corvette Racing teammate Nick Tandy with a 2m20.979s against 2m21.606s, which was 0.627s faster. In the only other entry, Cooper MacNeil was way off their pace in the WeatherTech Porsche 911 RSR-19 at 2m24.184s.

In GT Daytona, which kicked off the qualifying process, the track was dry as the green flag flew but spots of rain were already falling so drivers were keen to get their laps in as soon as possible. Aaron Telitz set the pace in his Vasser-Sullivan Lexus at 2m07.195s and will start the #14 car from pole position in class.

Trent Hindman was closest to him, getting within 0.667s in his Wright Motorsports Porsche 911 GT3 R, before the rain intensified. Both had laps deleted due to track limits infringements, but that didn’t impact their fastest times.

Robby Foley was third quickest in his Turner Motorsport BMW M6, ahead of Zacharie Robichon (Pfaff Motorsports Porsche) and Richard Heistand in his Audi R8.

In the point-scoring session that followed, the track was fully wet. Laurens Vanthoor, driving with a broken nose after his Spa 24 Hours paddock mishap, was fastest by 0.9s to score maximum points in the Pfaff Porsche, ahead of Bill Auberlen in the Turner BMW and Bryan Sellers (Paul Miller Racing Lamborghini).