Nasr led from pole but had to run Ricky Taylor (Wayne Taylor Racing Acura) way wide at Turn 1 to keep his lead. Taylor held second from the sole Mazda of Oliver Jarvis.

The rough and tumble continued at Turn 5, as Kevin Magnussen (Ganassi Cadillac) was elbowed wide – first by Olivier Pla’s Meyer Shank Acura and then Tristan Vautier (JDC-Miller Cadillac) a corner later – dropping him to last in class.

Magnussen appeared to pay back Vautier at The Kink just before half distance, worrying him on to the grass with a bold move down the inside.

In the second half of the race, Derani took over from Nasr, while Albuquerque did likewise to relay from Taylor as they continued to run first and second with five seconds between them.

In the final stint, Albuquerque fell into the clutches of the chasing Mazda of Harry Tincknell, who pulled alongside on the approach to the Carousel and they made contact.

That sent Albuquerque to the pits for a fresh left-rear tyre, promoting Renger van der Zande (in for Magnussen) to third, and dropped the WTR Acura down to fifth.

Derani held off any late ambitions that Tincknell had of victory, taking the flag by 1.594s.

Dane Cameron went for an ambitious fuel gamble in the Meyer Shank Acura, and led until 3m33s to go before pitting for a splash and dash, that dropped the car to fourth, but he allowed the WTR Acura to pass to take fourth on the final lap. Loic Duval (who took over from Vautier) also needed a late fuel stop and finished last in class.

In LMP2, Ben Keating/Mikkel Jensen (PR1/Mathiasen Motorsports) led the first half of the race, until Ryan Dalziel surged ahead in the ERA Motorsport Oreca he shared with Dwight Merriman. Dalziel even led the race overall during the DPi pitstop sequence and won his class ahead of the Tower Motorsport car of Gabriel Aubry and John Farano.

In LMP3, Jarrett Andretti leapt into the early lead, ahead of Gar Robinson, but it was the CORE Autosport machine of John Bennett and Colin Braun that won with ease. 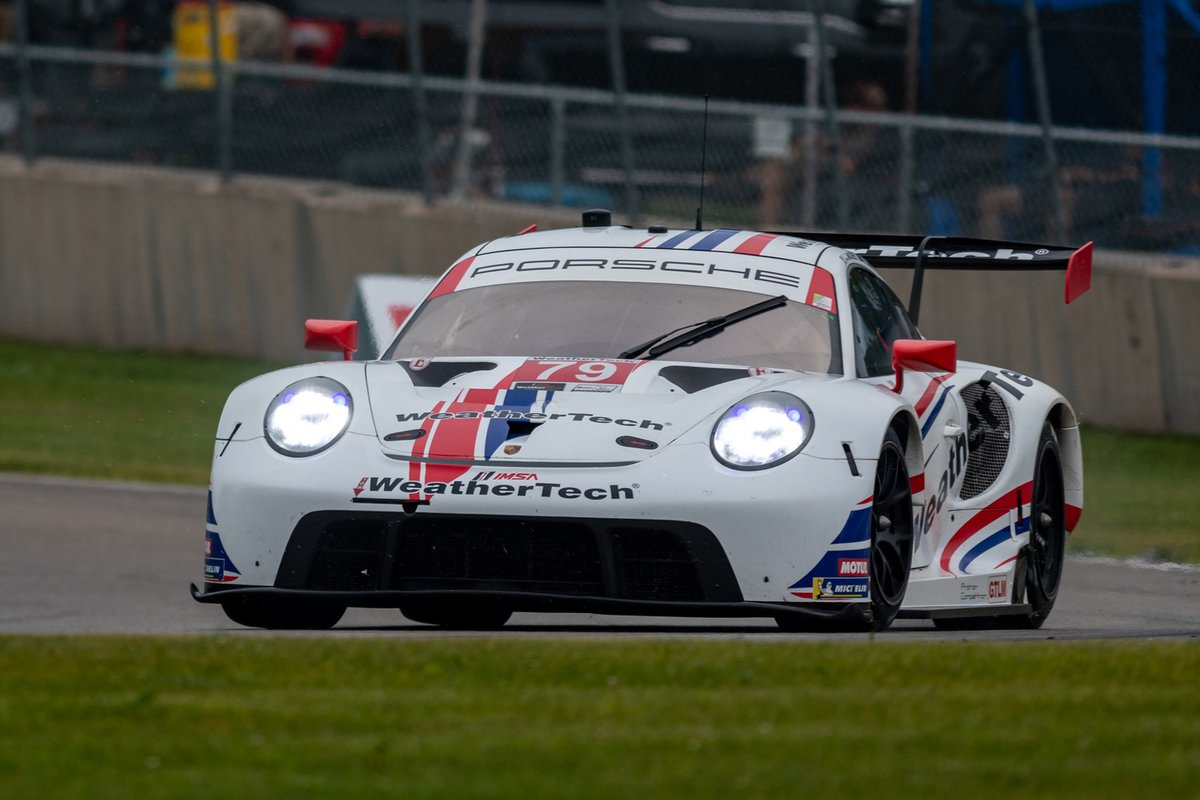 In GT Le Mans, Jordan Taylor led Nick Tandy in their Corvettes early on, ahead of the WeatherTech Porsche 911 RSR of Cooper MacNeil. Tandy caught a break when he pitted before the race’s first caution period, for a stranded LMP3 car, which gifted him the lead at the restart. In response, Taylor took the chance to hand over to Antonio Garcia in an attempt to redress the strategic advantage.

The race took a big twist when Tommy Milner took over from Tandy and spun the wheels on the jacks, resulting in a drive-through penalty.

But the real story that developed was the incredible performance of Matt Campbell, who defeated both Corvettes after an amazing two-hour stint in the WeatherTech Porsche and winning the class by a country mile after a splendid mix of charging and fuel saving at various points when required.

In GT Daytona, pole-sitter Aaron Telitz made a disastrous error at the start in his Vasser-Sullivan Lexus as he picked up a drive-through penalty for changing lanes before the start line, dropping him to last – the issue complicated by the three GTLM cars that started with him.

That handed the lead to Robby Foley’s Turner Motorsport BMW M6, who jumped past Trent Hindman in his Wright Motorsports Porsche 911 GT3R at the first corner.

Hindman went off strategy compared the majority by pitting for fuel before the first caution inside the opening 30 minutes. Foley lost places when he stopped under yellow, while another pre-caution stopper Zacharie Robichon (Pfaff Motorsports Porsche) rocketed into the class lead. Telitz passed Hindman to claim second, a remarkable comeback from his penalty in the opening hour.

Robichon handed over to Laurens Vanthoor, who cruised home to win by a huge margin over Bill Auberlen, who shared the Turner BMW with Foley. Patrick Long (in for Hindman) took third.

Sebastien Bourdais gapped the field by more than 0.3sec to end second practice for IMSA’s finale, Petit Le Mans at Road Atlanta, in the final event for the Cadillac DPi-V.R.