Makowiecki: Porsche GTLM team “at highest level I have seen it” 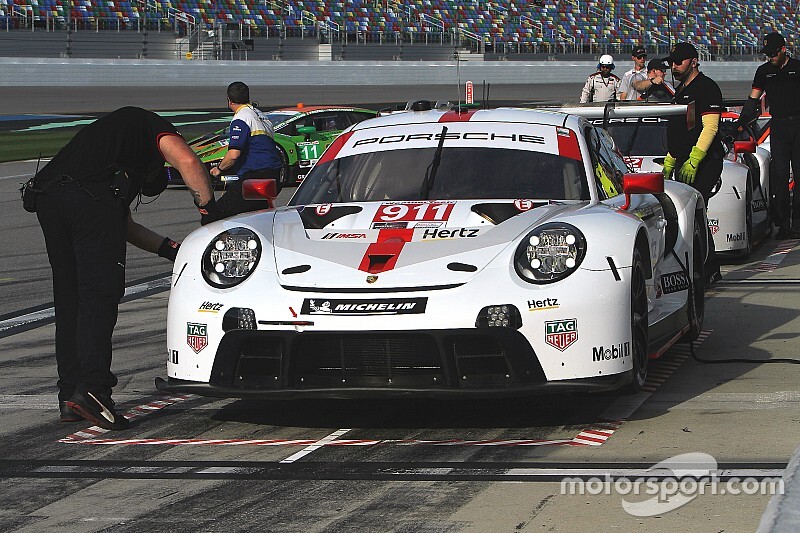 Frederic Makowiecki, who is about to start his seventh season with Porsche, says the marque’s IMSA WeatherTech SportsCar Championship squad is better prepared than ever, following last week's Roar Before the 24 test at Daytona.

Porsche teammates Earl Bamber/Laurens Vanthoor and Patrick Pilet/Nick Tandy finished 1-2 in last year’s IMSA GT Le Mans championship, with Makowiecki teaming with the latter pairing in the three longest races, assisting them to victory in the 12 Hours of Sebring for the second straight year.

The 39-year-old Frenchman first served as one of Porsche’s IMSA endurance-race drivers in 2015, but this will be only the second season in which he has been an IMSA full-timer, as he replaces Pilet alongside Tandy. The pair will be joined in the #911 entry by Australia’s Matt Campbell for Daytona, Sebring and Petit Le Mans.

Following the Roar Before the 24, the revised Porsche 911 RSR’s first official test on U.S. soil, Makowiecki said: “I think this was a good test for us. It was important to come here in conditions closer to what they will be in the race. I think we are closer to what we will see then, so we now start to have a better picture of what we will experience during the race weekend.

“We have some work to do to understand the new tire but I am very happy with the preparation by the team. I can say, since my first time in the USA in 2015, that the team is at the highest level I have seen it.

“I am really happy to spend time with my two teammates. We are here to learn the car and prepare for the 24-Hour but we are also here to strengthen our new relationship as teammates."

Tandy, who on Sunday set a qualifying lap just 0.001sec slower than the fastest time, commented: “The track was a lot cooler in the morning than we had experienced in the first two days so it was difficult to get a read on the setup, especially with the new Michelin tires. But I am sure it was the same for all the manufacturers with the new tire.

“We are happy with the behavior of the car. We are pleased to have a decent pit allocation for the race, which is important. It was nice to drive the car on low fuel weight and new tires in this configuration. It is something we don't get to do often.”

Campbell added: “It is a brand new car and it's the first time for it here. Everyone is getting experience with it. For me, I have a little bit more to learn being that this is my first time joining the team in IMSA with the factory effort. Joining Nick and Fred is a fantastic opportunity for myself and something I am really excited for.”

Steffen Höllwarth, head of operations in Porsche’s IMSA campaign, agreed that while the test had been challenging, ultimately it had proved satisfying for the Weissach marque.

“After three days of testing here at Daytona, this is the conclusion of a really successful test for us,” he said. “It is always special having the first official outing with a new car. This is especially true since, here in IMSA, the season starts out with the biggest highlight of the season: the 24 Hours of Daytona.

“The track is unique. You have to find the right compromise of downforce and drag levels. Track time during race week is very limited so this is why we had a long list of things to try this weekend. We successfully went through that list.

“We still have some homework to do before we come back here in two weeks' time [but] we feel well prepared to take on the first race of the new car in its first official race in North America.”