The arrival of LMP3 cars in the IMSA WeatherTech SportsCar Championship next season will herald a return to "wild" races with increased potential for accidents and caution periods, believes Filipe Albuquerque.

Earlier this month, IMSA announced in its 'State of the Sport' address that LMP3 will come on board as a fifth class next season alongside the WeatherTech series' existing DPi, LMP2, GT Le Mans and GT Daytona categories.

As well as boosting grid numbers, Albuquerque - previously a full-timer for Action Express Racing and now the third driver for the squad's #31 Cadillac DPi-V.R - thinks that the resulting increase of inexperienced amateurs will have knock-on effects for the whole field.

"I think we will have to adjust a little bit again how aggressive we are," Albuquerque told Motorsport.com. "I know the level of LMP3, you can have a very good driver or you can have a gentleman driver who doesn’t look so much in his mirrors.

"I believe we’ll go back to wild races with a lot of safety cars and eventually red flags because of accidents happening, because there will be many cars on the track.

"I think it will come back to the times of when I started racing in America in 2013, ’14, a lot of safety cars, a lot of things happening, so the racing will all be in the last couple of hours. And that’s what we like to see, like what happened in the last hour in Road Atlanta."

Mazda DPi star Oliver Jarvis added that the art of negotiating traffic will become much harder next year, particularly given the cornering speeds of the LMP3s compared to GT cars.

"From a DPi driver’s point of view it will make things interesting," said Jarvis. "Traffic always plays a key part in IMSA races, and having the LMP3 cars will only make that even more important.

"Certainly the LMP3 cars will be tougher to overtake on some of the twistier tracks than the GTs. The other thing is when you arrive at the GTs and LMP3s in their own battle together, that’s going to be interesting."

Jarvis also pointed out that while the LMP3s should be theoretically quicker than the GTD cars, this could vary depending on the quality of the drivers involved.

"I would be concerned about fighting LMP3s if I was a quick GTD driver," said Jarvis. "It's something I experienced in the past when I did GTD [at the Rolex 24 in 2014 in an Audi R8 LMS], with the LMPC cars.

"The LMPCs had slower drivers getting involved in our race in GTD, they were in the way; quick in the straights but not quick enough in the corners.

"It’s not just laptime, it’s how you achieve that laptime as well, that makes it easier or more difficult for the GTDs or the GTLMs [to pass them]." 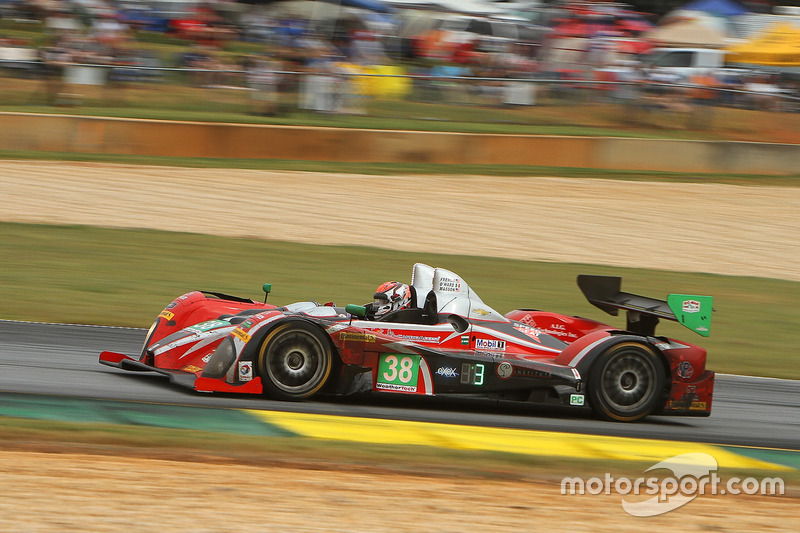