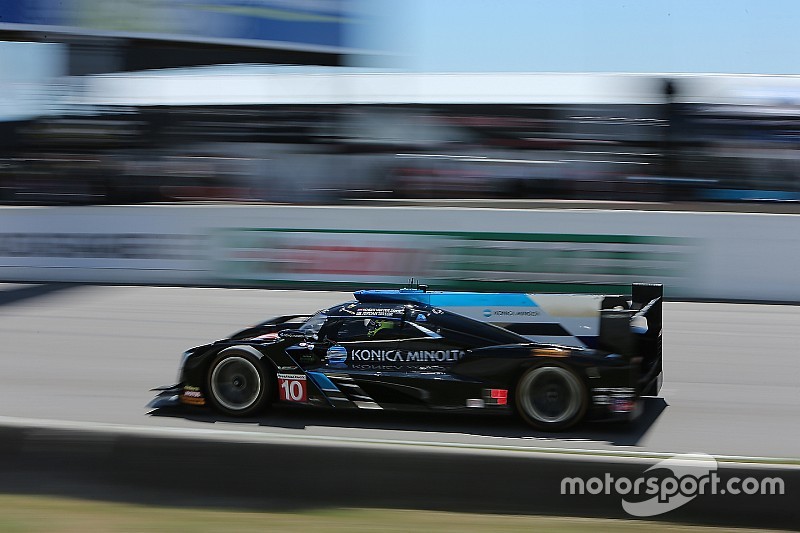 Jordan Taylor set the fastest time for Cadillac in second practice for the IMSA WeatherTech Sportscar Championship round at Road America on Friday, despite a late effort from Juan Pablo Montoya to topple him.

Taylor was fastest out of the blocks in the #10 Wayne Taylor Racing Caddy DPi, setting a 1m52.402s that nobody was able to beat in the remainder of the hour-long session.

Montoya came closest in his Team Penske-run Acura, and leapt from sixth to second on his final lap of the session, his 1m52.755s lap still 0.353s off Taylor’s pace.

Robert Alon was third in the #85 JDC-Miller Oreca LMP2 with a lap of 1m52.773s. Ryan Dalziel set the fourth fastest time in the only ESM Nissan DPi on track this afternoon following Pipo Derani’s fiery exit this morning in the sister car.

The #77 Mazda, fastest this morning, was only fifth quickest in the hands of Oliver Jarvis this time on 1m52.908s. Its sister #55 car suffered a puncture early on, and languished outside the top 10.

Colin Braun was sixth fastest in the #54 CORE Oreca that has taken pole for the last two races, while teammate Jon Bennett suffered a brush with the wall at Canada Corner at the end of the session. 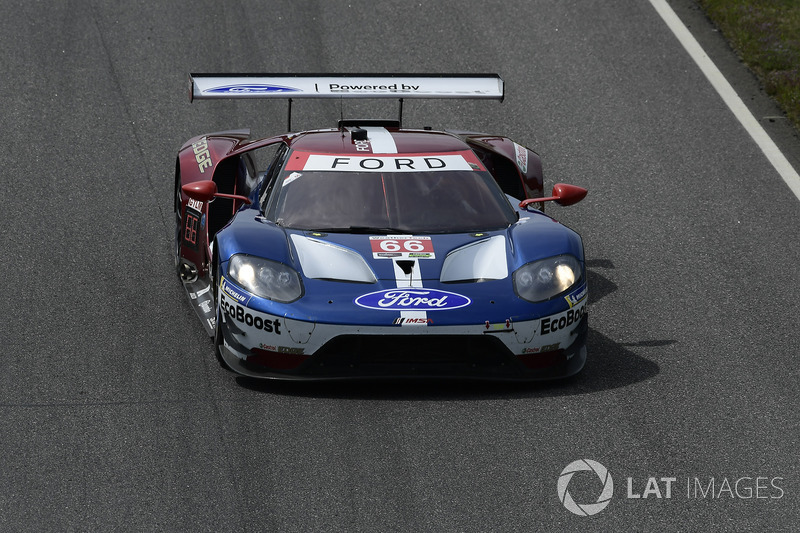 Muller retook first place in class for the #66 Ford with a 2m03.716s lap, while Richard Westbrook set the third fastest time late on to make it Ford-BMW-Ford-BMW.

Tommy Milner was best of the rest in his #4 Chevrolet Corvette, ahead of Earl Bamber in the quickest of the Porsche 911s. 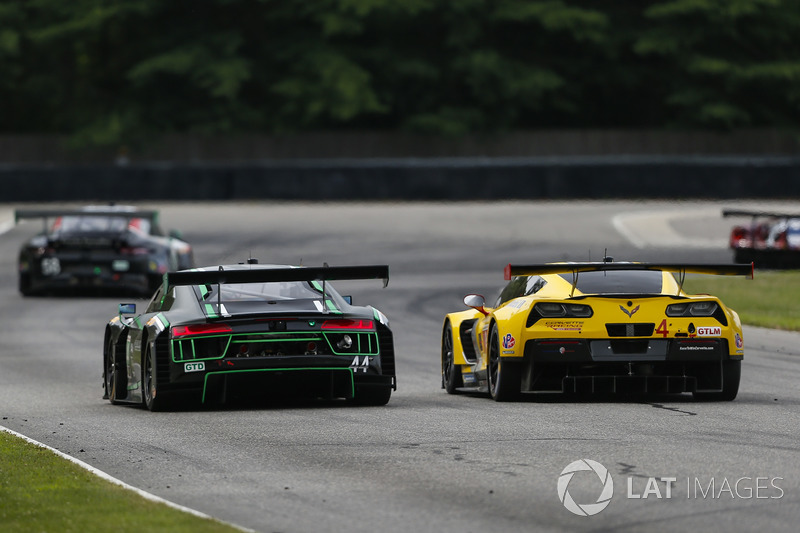 Andy Lally again set the GT Daytona pace in the #44 Magnus Audi, outpacing the impressive Patrick Lindsey in the #73 Park Place Porsche by 0.039s and Kyle Marcelli’s #14 Lexus by 0.063s. Alessandro Pier Guidi was fourth fastest in the #63 Ferrari 288, ahead of Alvaro Parente in his #86 Acura NSX.

IMSA splits DPi and LMP2 into two classes for 2019