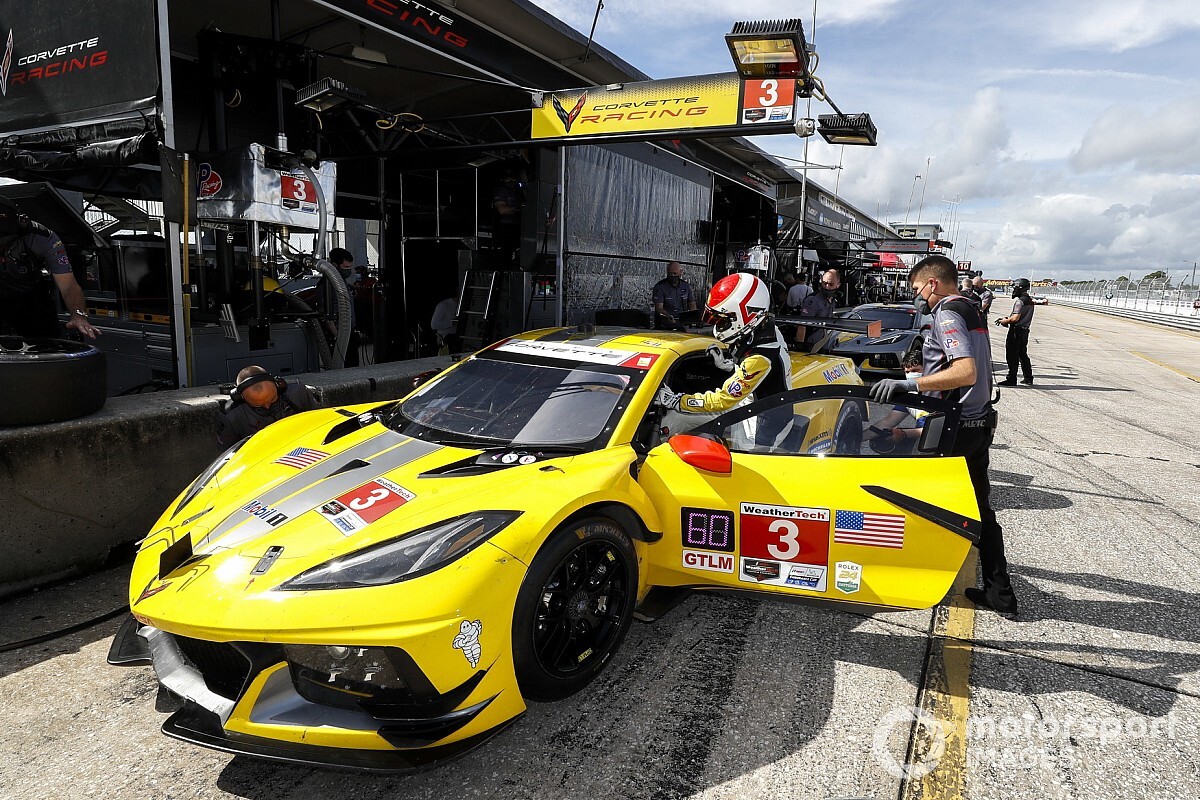 Garcia took his second pole in three races with a GT lap record around the 3.74-mile Sebring runway course this morning, 0.660sec faster than his nearest opponent.

However, the 40-year-old Spaniard said afterward that he’s pleased the structure of the 2020 season is atypical and that he and Taylor clinched the GTLM championship before arriving at arguably the most grueling event on the IMSA WeatherTech SportsCar Championship schedule.

One of IMSA’s marquee events, the legendary Mobil 1 12 Hours of Sebring was shifted from its traditional Round 2 slot, March date, to the end of the season as a result of the Covid-19 pandemic.

Garcia stated: "I've always enjoyed this race. Since we found out about the date change, I knew that finishing at Sebring would have been very tough.

“Fighting for a championship at such a hard event would have been difficult. I'm glad we got it out of the way, and I hope next year we are back to a normal schedule where no one thinks about championships at Sebring! Daytona and Sebring at the beginning of the season – those are big enough races on their own. To put the championship on the line would be super stressful.”

Describing his qualifying run, Garcia said: “It was a perfect lap. From yesterday, we flipped around the car a little bit. With not as much track time as in years past, qualifying is almost like practice for us, too. We gambled on something different and it seems to be working. The Corvette Racing guys did a fantastic job.

“It's been an amazing season. This year I had my first pole at Petit Le Mans and today is my first pole at Sebring. I'm very, very happy for that, too. That defines how 2020 has been for us.”

Garcia also said he learned from co-driver Taylor’s pole run for the Cadillac Grand Prix, the 2hr40min race at Sebring in July.

“Jordan had a very similar lap here in July, so yesterday I could compare our laps to that one, even though it was almost three seconds faster than what we did yesterday,” he remarked. “It gave me a target to know what the car was capable of.

“We made a big swing on the setup today, but I knew it was possible and that the C8.R could do a 1:55 around here. On the lap, the car felt fast everywhere. This is the fastest I've ever been around here. It was cool with zero mistakes and I just nailed it."