Antonio Garcia says it’s time for Corvette Racing to bounce back from its appalling bad luck at the Le Mans 24 Hours and put on a strong showing in this weekend’s IMSA WeatherTech SportsCar Championship race at Watkins Glen.

After locking out the GTE Pro-class front row, the General Motors-owned brand suffered a race to forget in the 90th running of the French sportscar classic, with its lead #64 C8.R contender taken out by an errant LMP2 car while at the front of the field with six hours to run.

The #63 entry, raced by Garcia, Jordan Taylor and Nicky Catsburg had already retired by that point with "significant mechanical damage” after an earlier suspension failure.

Garcia hopes Corvette can avenge its painful Le Mans defeat in the third of the Michelin Endurance Cup rounds on the 2022 IMSA calendar, the Sahlen's Six Hours of The Glen, where he returns behind the wheel of the marque's #3 car alongside Taylor in the GTD Pro division.

“It obviously was a shock,” Garcia said of Corvette’s Le Mans double DNF. “It’s been a while since we’ve retired from such a big race like this. Le Mans is always tough for everyone, but I didn’t expect to retire going into the race.

“It’s disappointing on one hand, but on the other hand I was happy with the performance we were having. Unluckily the sister car had to retire as well. It’s time to bounce back.

“We’ll be back to the GTD [GT3] spec so we need to get used to this car configuration. The Glen has always been a really good racetrack for us.

“It's another new place for this car in this configuration, and we don’t know where are against the rest. Looking back at other races, we’ve been competitive so I hope everything stays the same and we’re able to fight for it.” 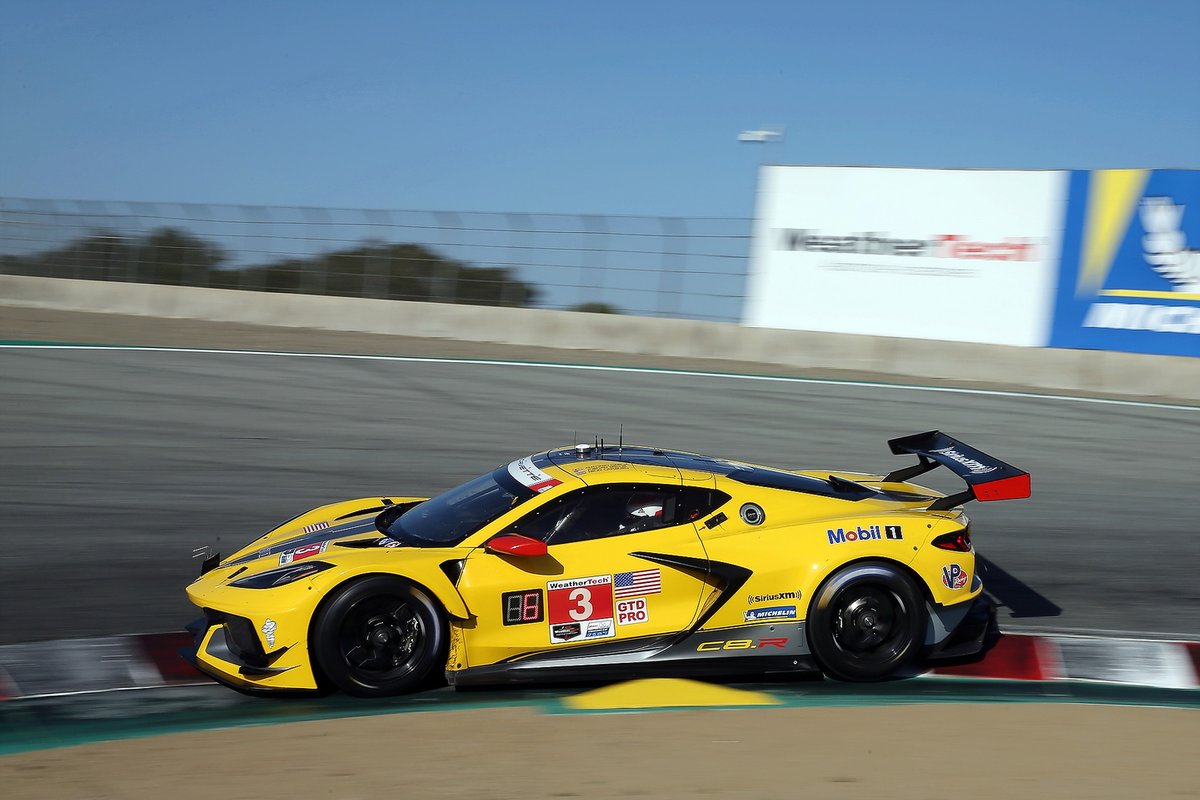 Garcia admits he is unsure how the C8.R will perform in GT3 specification at The Glen, but is hoping a reduction in speed compared to last year will actually play to its strengths, as all five classes converge at the 3.4-mile former Formula 1 venue for the seventh IMSA round of the season.

“We didn’t test [at Watkins Glen]," said Garcia. "I think there was some testing going on but we were fully focused on Le Mans.

“As we have at every other race track, we will correlate all the data we have from the [2021] GTLM car and translate everything we know up to now to what we think a baseline would be for this car.

“We don’t know how it will go yet, but I think we have a narrow path to know where the car should be.

“Now we are actually slower so in a way that makes it easier compared to GTLM where we were having to pass a lot of cars but also were kind of in the way of the prototypes.

“Now it’s more about fighting in our class and just getting passed instead of trying to get past some other classes. That may make it a little easier but it’s still a question mark for Jordan and me to know how this car will feel.

“Let’s see if the Corvette is fast enough to be up front and if we can go for the win.”

Corvette won last year’s Six Hours of The Glen against limited opposition from BMW and the WeatherTech Porsche in the now-defunct GTLM class, with Garcia and Taylor taking the checkered flag ahead of the RLL-run BMW M8 GTE of John Edwards, Jesse Krohn and Augusto Farfus.

Taylor holds special memories from last year's race, where he scored his first-ever victory at Watkins Glen to add to his previous successes at other major enduros including the Rolex 24 at Daytona and the Le Mans 24 Hours.

“Winning last year’s race was a big deal," said Taylor. "It was always on my dad's [Wayne Taylor] bucket list of races to win as a driver.

"I think it was the only endurance race that he hadn’t won. He won Daytona, Sebring, Petit Le Mans and Le Mans, so the one he always talked about was the Six Hours.

"The same was happening for me. I had gone all these years without winning it. I finished second a couple of times, I think, and it was always something little.

"To finally have everything click and work out was pretty special. It really kicked off our season last year with a good run of success.”