Ahead of the 90th Pikes Peak International Hill Climb, taking place August 12, Romain Dumas took part in the final day of practice on Friday. This time the French driver discovered the final portion of the famed course. Like the first two days of testing, he signed the quickest time in class, dominating the competition in the Pikes Peak Open class. A positive way to conclude his preparation for the American event. 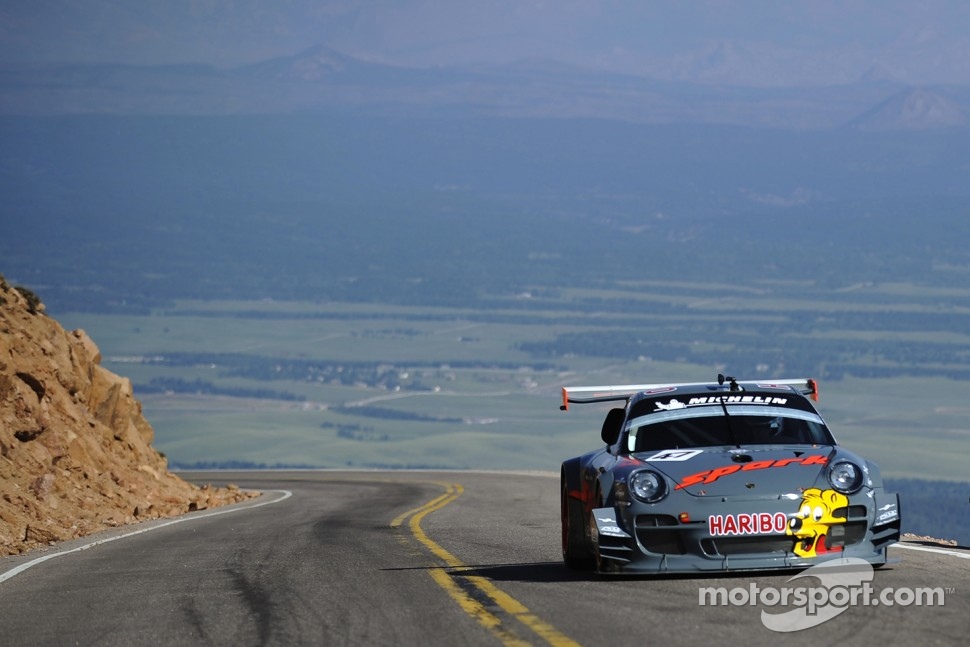 Romain Dumas made his first runs at Pikes Peak on Wednesday and Thursday on the first two sections of the course. With his Porsche 911 GT3 R, he faced the final sector today. It was a challenging section. « It’s without a doubt the most difficult part of Pikes Peak » admitted the official Porsche driver. « There are numerous blind corners and there’s very little in the way of reference points. The surface is also bumpy, more so than on the first third of the course. It wasn’t easy, and the temperatures were very cool. That said, we improved the car with each run and it’s generally well balanced, particularly in the quick corners. » After only these three days of tests, the hour has arrived that the Frenchman will participate in his first « Race to the Clouds » on Sunday. « On each section, we were quite competitive » he explains. « Each time, we were able to gather good information and we saw how to make improvements. You have to find the right compromise for the three sections, which all have their own characteristics, and remember that the race will be held at a different time of day. We will have to avoid any problems in order to have a good race performance, knowing that there’s only one chance to get it correct. It has to be the right one. »

Before heading to the Fan Fest in the afternoon, Romain Dumas recalls the objectives for this first participation : « We’re aiming for the top place in Pikes Peak Open class and we will try to get the best resutl possible in the overall. We are making our debut here and we’re up against competition composed of specialists and drivers who have more experience with this unique environment. The challenge is great : in a few days, we had to learn many things. We’ve already absorbed a lot and I’m sure on Sunday we will gain even more experience for the future. »