Andrea Piccini, a winner of the race as a driver with the Phoenix Audi squad in 2012, described Pier Guidi's drive over the final half hour to haul the Iron Lynx Ferrari 488 GT3 Evo he shared with Nicklas Nielsen and Come Ledogar back into the lead as "unbelievable".

"We know we had a good car in the rain, but Ale [Pier Guidi] gave it that little bit extra," Piccini told Motorsport.com.

"What he did will mean this will go down in the history of Spa 24 Hours as one of the special ones, it was history making.

"The level of risk he took in the last minutes without making a mistake to make the win possible was unbelievable. Ale made the difference today."

Pier Guidi had to come from behind in the car that led the majority of the race after the chasing WRT Audi team gambled on giving Dries Vanthoor wet-weather tyres at the car's final pitstop with just over 50 minutes to go.

A sudden downpour while the Belgian was on his out lap in the R8 LMS GT3 in which he partnered Kelvin van der Linde and Charles Weerts turned a deficit of 20s into a lead of nearly a minute after the Ferrari stopped two laps later.

Piccini, who also finished a close second at Spa in 2006 in another dramatic wet-weather finish, admitted that he believed that Iron Lynx has lost the chance of victory on its Spa 24 Hours debut.

"If I am honest, there was a moment when I thought it was over, our chance was gone," he said.

He paid testament to Pier Guidi and the engineer of the #51 Ferrari run in conjunction with AF Corse, Luca Volta, for not giving up.

"I have to be honest that for a moment or two I believed it was over for us," explained Piccini. "But Luca [Volta] our engineer and Ale never give up.

"Walter was saying, 'come on guys we can still do it; there's going to be a yellow'." 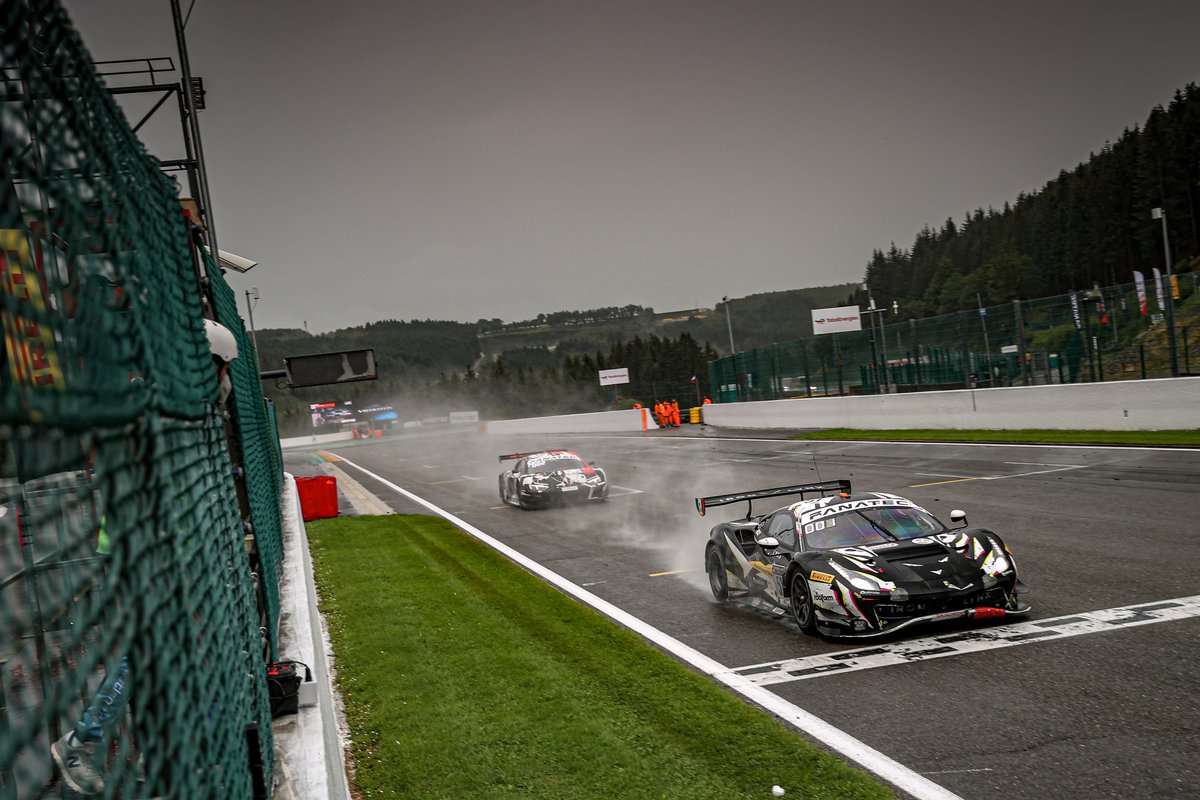 A Full Course Yellow that became a full safety car before the restart closed the gap between Vanthoor and Pier Guidi to just under four seconds when the race went green.

The factory Ferrari driver was able to close down the leader and then made a successful move for the lead around the outside of the fast Blanchimont right-hander.

Pier Guidi said: "We led the race most of the time, but in that half an hour everything looked lost.

"After the restart, I gave everything — I had no choice."

He described the victory as an "incredible feeling" but said that it would "take a bit of time to sink in".

Iron Lynx's Spa 24 Hours debut got off to a bad start when Davide Rigon in the sister car was involved in a multi-car shunt at Eau Rouge in the opening hour.

He was briefly hospitalised, while Williams Formula 1 reserve driver Jack Aitken, who was racing an Emil Frey Lamborghini Huracan GT3 Evo, sustained fractures to his collarbone and a vertebra in the incident.

The FIA has announced that it will relax Formula 1’s COVID-19 protocols for the 2023 season, including a requirement for those in the paddock to be vaccinated.