Walker and Rodas, you will be missed

In a brutal year in motorsports, the list of racing drivers who have perished behind the wheel has increased again by one, or two if your forte is nitrous oxide and underglow.

During a charity car show for Philippines relief, the pair of Rodas and Walker were driving a Porsche Carrera GT when Rodas lost control and crashed into a tree causing the car to burst into flames.

Both perished in the crash. 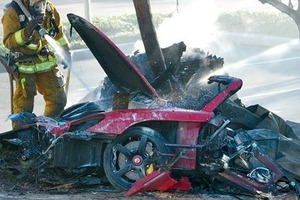 Crashed Porsche of Paul Walker and Roger Rodas
What makes the accident really rough was the fact that the accident occurred near the charity car show, one of the guests at the car show was Rodas’ 8-year-old son, who reportedly went to the wreckage and was held back from rescuing his father.

Rodas drove a Mustang in the Pirelli World Challenge this year, and Walker, well he inspired a massive following of street racers from the Hollywood franchise The Fast and the Furious.

One can only draw some similarities between James Dean’s passing and this incident. 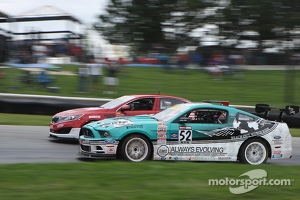 While I suppose Dean’s accident seemed more romantic in the age of no camera phone toting bystanders and no internet to spread the word like a wildfire, its similarities are two fold.

The world lost a great actor and racing enthusiast. The world also lost a race car driver and businessman. Both accidents occurred in a Porsche.

Both left behind children and spouses, and the simple fact that the accident occurred as part of a charity event raising funds for those impacted by the typhoon in the Philippines makes it all the more tragic.

It may not have been in the heat of battle on the track, but both Rodas and Walker will be greatly missed.