Billy Monger has driven a car again for the first time since his horrific British Formula 4 crash in April, in which he lost both his legs.

At Brands Hatch, Monger drove a specially adapted Fun Cup car, which is campaigned in that championship by a team of injured ex-servicemen, called Team BRIT.

“It’s been really good just to get back behind the wheel,” said Monger. “Massive thanks to Team BRIT for sorting out today, I can’t wait to be back again.”

He also hinted that he could be back with the team and in the Fun Cup in future.

“Team BRIT have got two steering wheels for me to try out today,” Monger added. “I’ve decided which one I prefer, now it’s just about perfecting the technique so that when I come back I’m up the front winning races.”

Team BRIT founder Dave Player, a former Army engineer, said the aim of the day was to give Monger a chance to gain his racing license again and get him comfortable in the car.

“The aim of Team BRIT is to be able to have drivers of all different disabilities compete on a level playing field,” said Player.

“The whole idea of today is first of all give Billy his first time out on track, secondly to get his race licence back [to] help him get back on his journey.”

Last month, it was announced Monger will make his racing return with Frederic Sausset, the disabled driver who completed the 2016 Le Mans 24 Hours in an LMP2 car.

The pair are set to share a Group CN Ligier-Honda JS53 Evo 2 at the Estoril round of the VdeV Endurance Proto Series on November 4/5.

Monger also has plans to race at Le Mans, in 2020, as part of Sausset’s scheme to help disabled drivers. 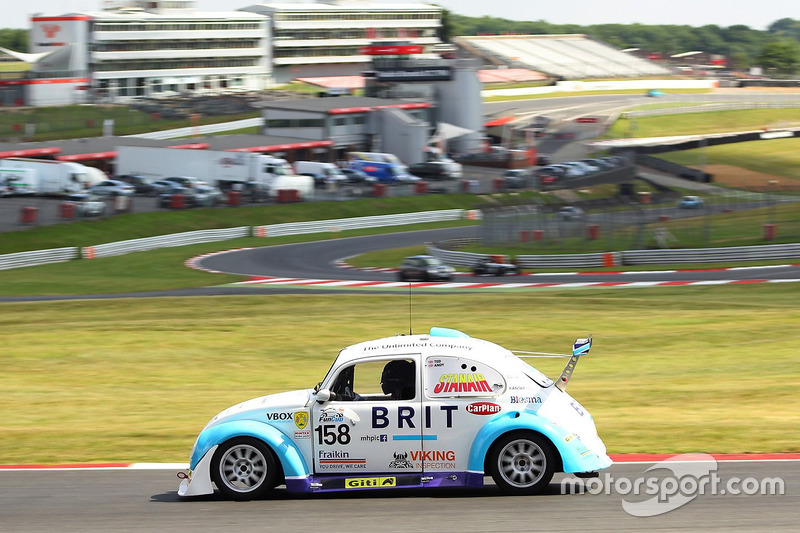