Maximilian Benecke and Chris Lulham won the 2021 VCO ProSIM Series titles in emphatic fashion at Sebring, as Max Verstappen starred during the final round.

The final round of the VCO ProSIM SERIES for 2021 headed to the Sebring International Raceway within iRacing to decide the title – and for the winners, an additional $3,000 championship bonus was up for grabs.

As ever, the evening was split into two heat races, with the top 15 from each heat progressing into a final ‘Bonus Race’ to round out the evening. Each Dallara P217 LMP2 car was shared between a racing esports professional driver and a real-world motorsport driver, with current Formula 1 championship leader Max Verstappen joining the field for this finale.

In the opening heat, Maximilian Benecke in the #11 Team Redline machine lined up on pole position – an ideal location for the championship leader heading into this round. Maxime Brient for Apex Racing Team was in second, ahead of Luke Bennett for Redline in third and Peter Berryman in another Apex entry.

At the rolling start, Benecke pulled off an ideal launch, leading through the opening corners with Redline teammate Bennett up into second position. 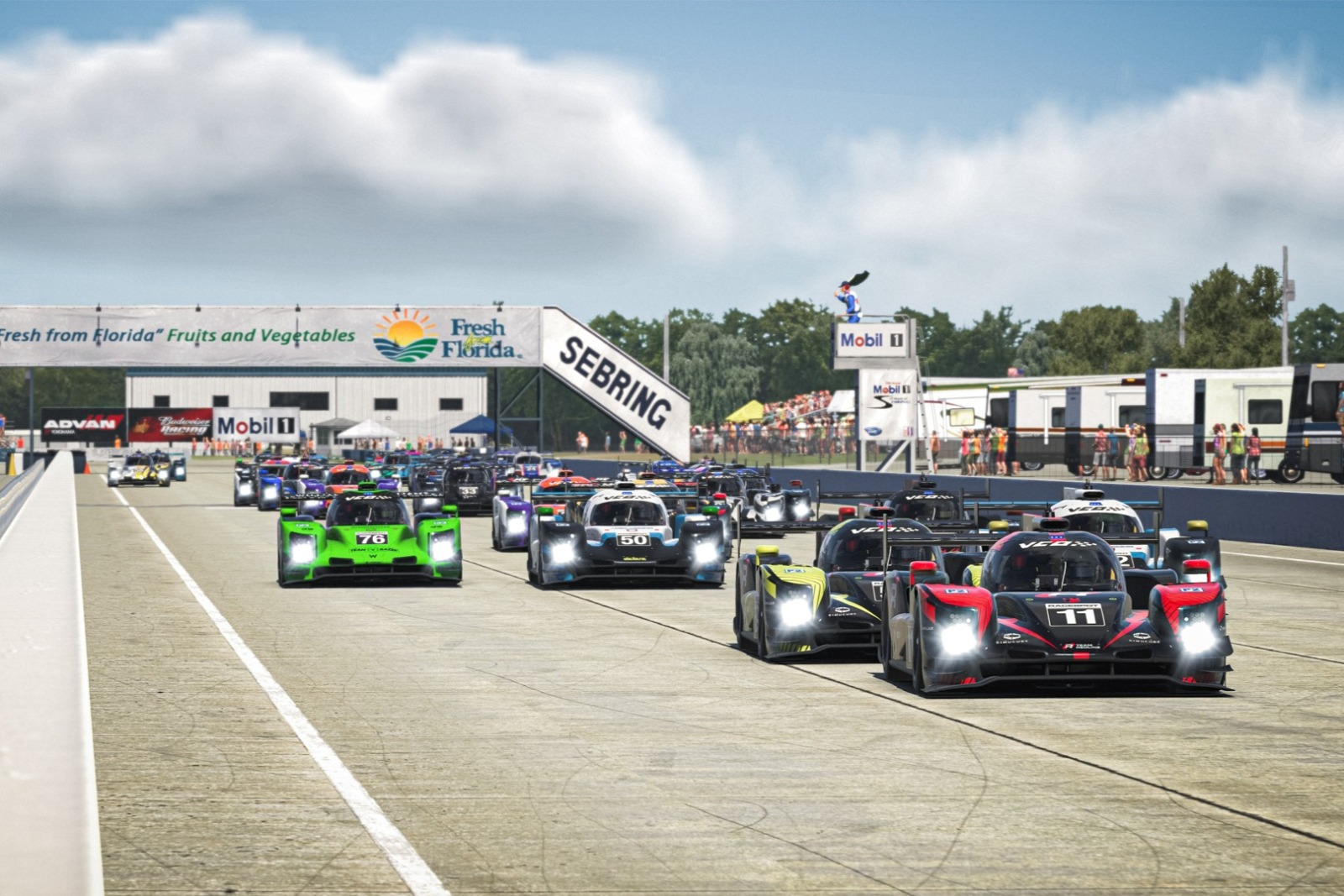 Behind, however, all hell broke loose at Turn 3, at the Berryman in the #50 and Tuomas Tähtelä in the #21 KOVA Esports Dallara looked to make slight contact at the corner’s exit. The rub was enough to spin both cars in front of the pack. The field desperately tried to avoid a giant pileup, with several cars taking to the grass in avoidance.

As multiple cars re-joined at Turn 5, Yuri Kasdorp for Red Bull Racing Esports was turned around, with a number of cars colliding once more. 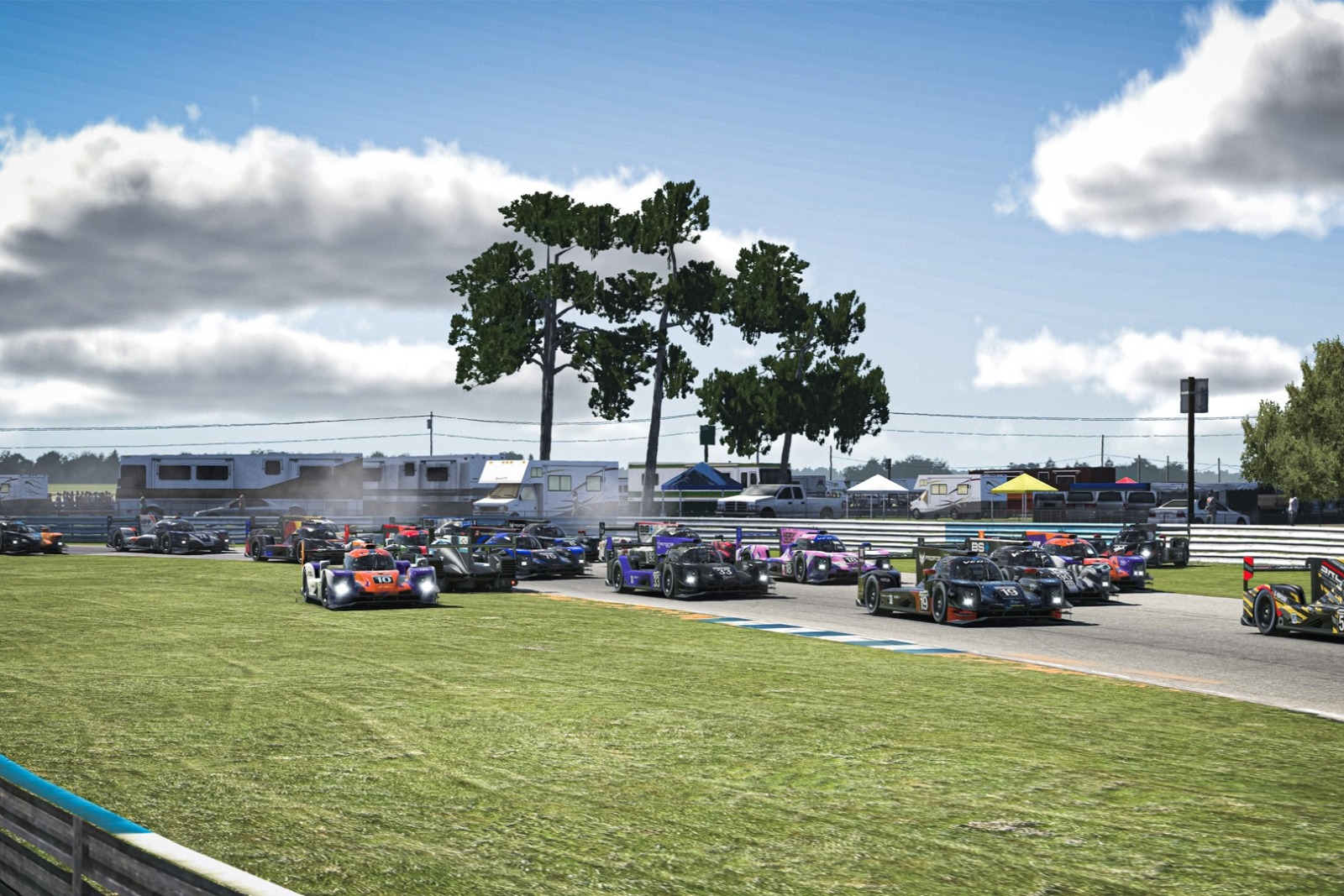 This meant the top three of Benecke, Bennett and Brient broke free, with space to fight amongst themselves. As they entered Sunset Bend to end the first lap, Brient tried to go around the outside of Bennett but was forced wide.

After a frantic midfield scrap, but static lead fight, the first pitstops started with just under 10 minutes left. The leader Benecke pitted to hand over to Chris Lulham, while those in second and third waited for one lap longer to switch.

After taking the reins of the third-placed #72, 2019 Asian Le Mans Series – GT Cup champion Benny Simonsen sadly spun at the Hairpin, dropping the team out of contention. 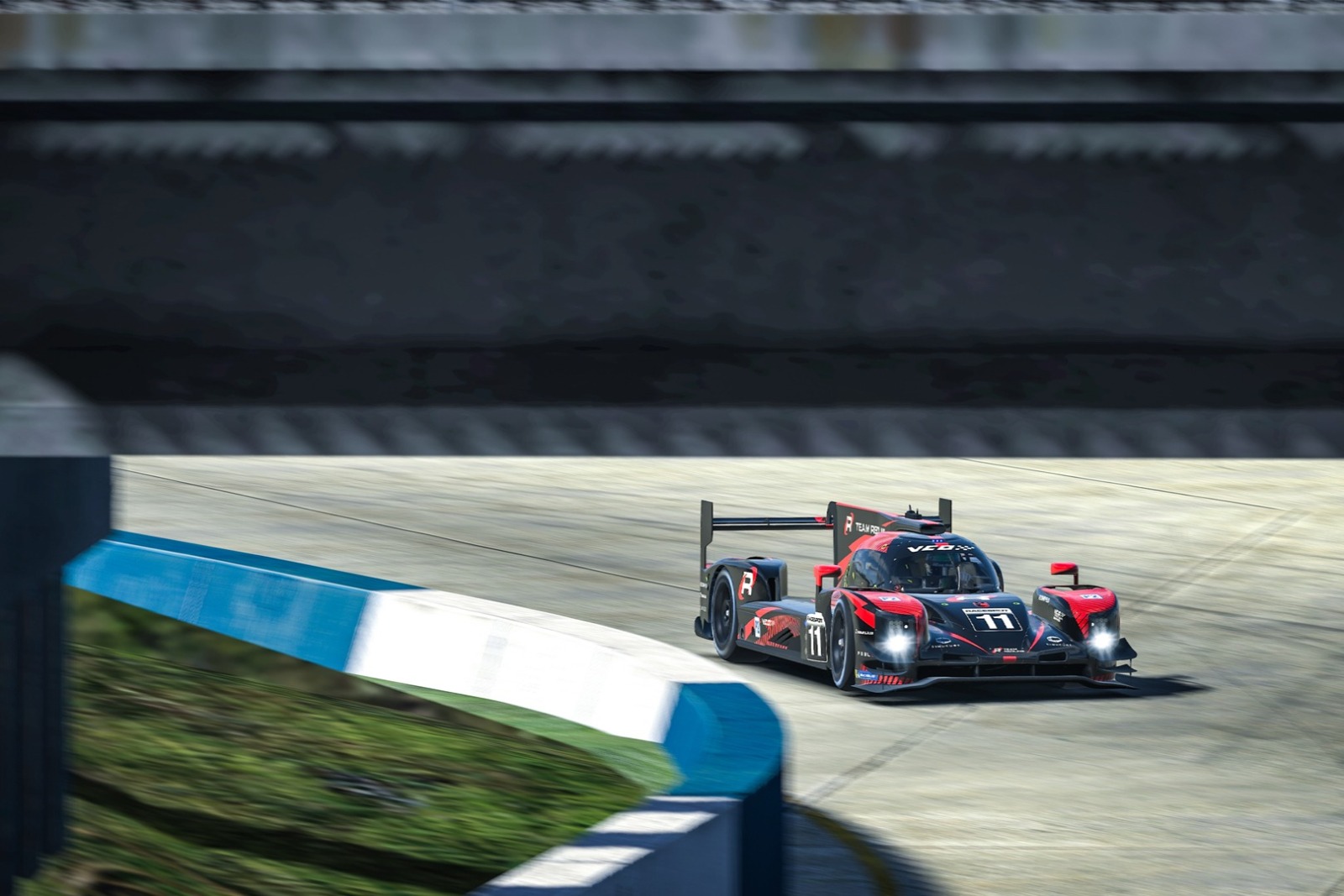 Lulham then cruised unchallenged to victory, and with it sealed the Drivers’ title for himself and team member Benecke. Bennett and Gustas Grinbergas finished in second, ahead of Julien Soenen and Elliott Vayron in third for R8G Esports.

Round 3 podium finisher Jamie Fluke in the #99 Apex Racing Team prototype lined up on pole position for the second 20-minute heat, ahead of #89 driver Rainer Talvar for BS+COMPETITION in second, Alejandro Sánchez for MSI Esports in third and Team VRS driver Mack Bakkum rounding out the front two rows.

At the green flag, Fluke bolted, gaining enough of a lead to take the conventional racing line through Turn 1. Just behind, Talvar lost second place to Sánchez at the Hairpin. Further back, Martin Sirotek in the #82 ENTROPIQ Green car made heavy contact with the barriers. 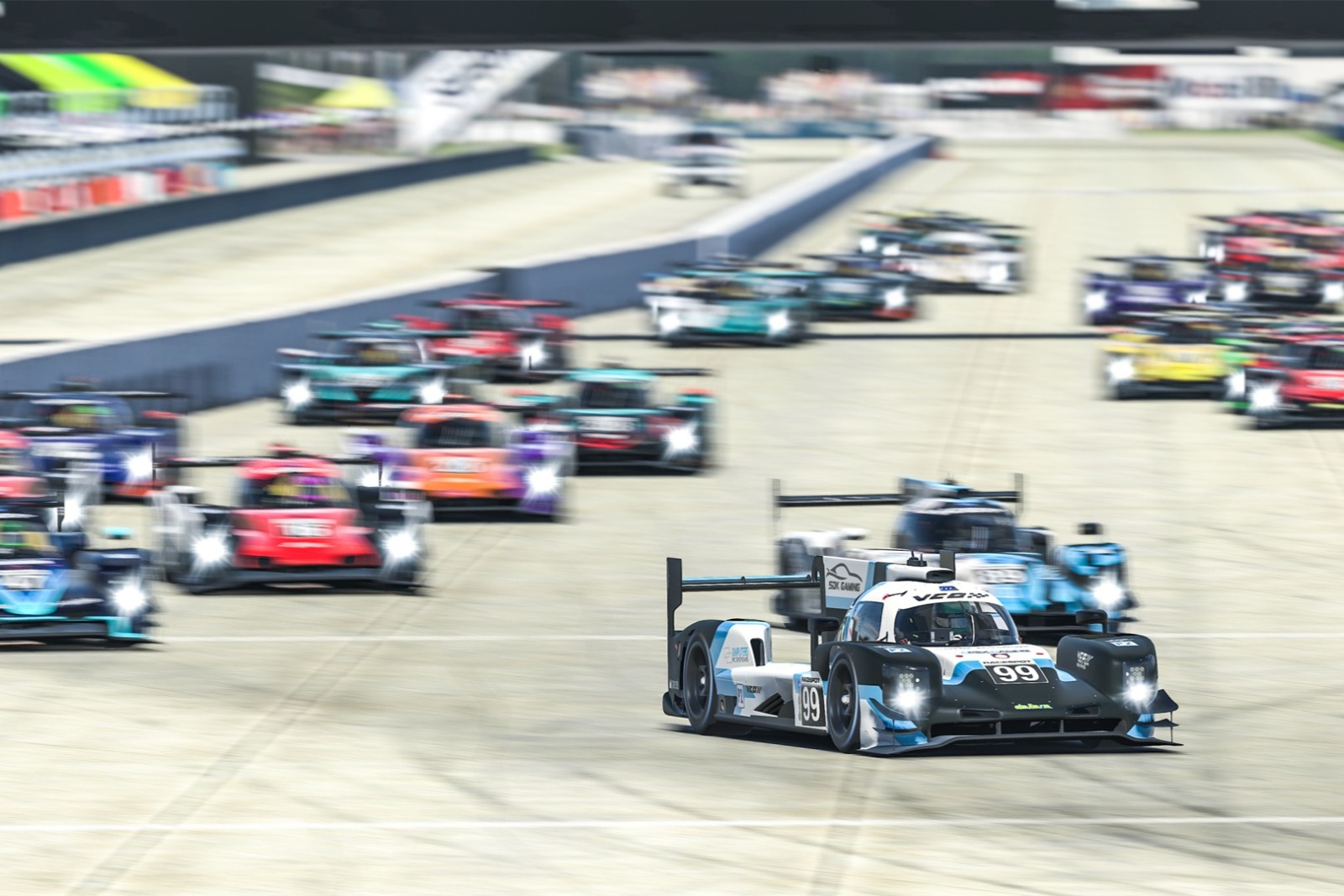 In the opening stint, the main focus was on a superb battle between Dominik Blajer and Ross Woodford for seventh place. The two traded places for more than half a lap, but unfortunately, it ended with the former taking to the exit road at Turn 3.

Once again, as we reached the halfway stage, the pitstops began, with Sánchez the first of the top three to stop, handing over to Nils Koch. Dominik Hofmann in the #6 Team Redline entry handed across to Max Verstappen and once all the mandatory driver swaps had played out, he sat in eighth.

Upfront, Taylor Barnard now led in the #99, ahead of Phillippe Denes in the #89 with Koch in third. 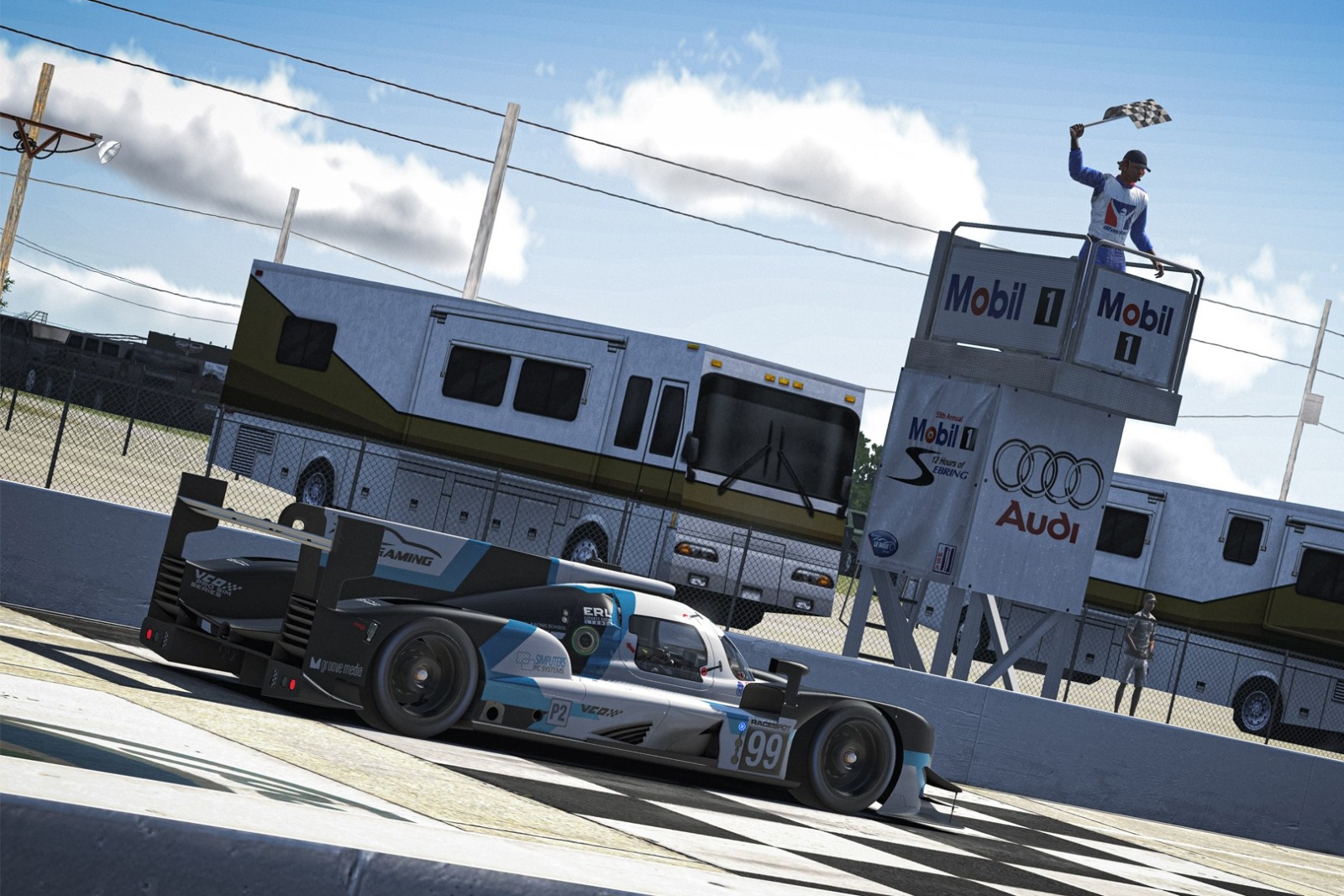 While the leading positions remained static, Verstappen was putting on a show behind. First, diving by Johnny Guindi for seventh, then Raoul Hyman for sixth on the final lap.

In the end, Barnard and Fluke held on to take Apex Racing Team’s first heat victory of the season, with BS+COMPETITION’s Denes and Talvar in second and MSI Esport’s Koch and Sánchez in third.

Verstappen wowed onlookers as he put the #6 Team Redline car on pole position for the 30-minute Bonus Race, ahead of newly-crowned champion Lulham by just over one-tenth of a second.

As the race began, the 19-time Formula 1 race winner led the field away and kept that position in the initial stages, with Lulham close behind but with Denes looking to pounce in third. 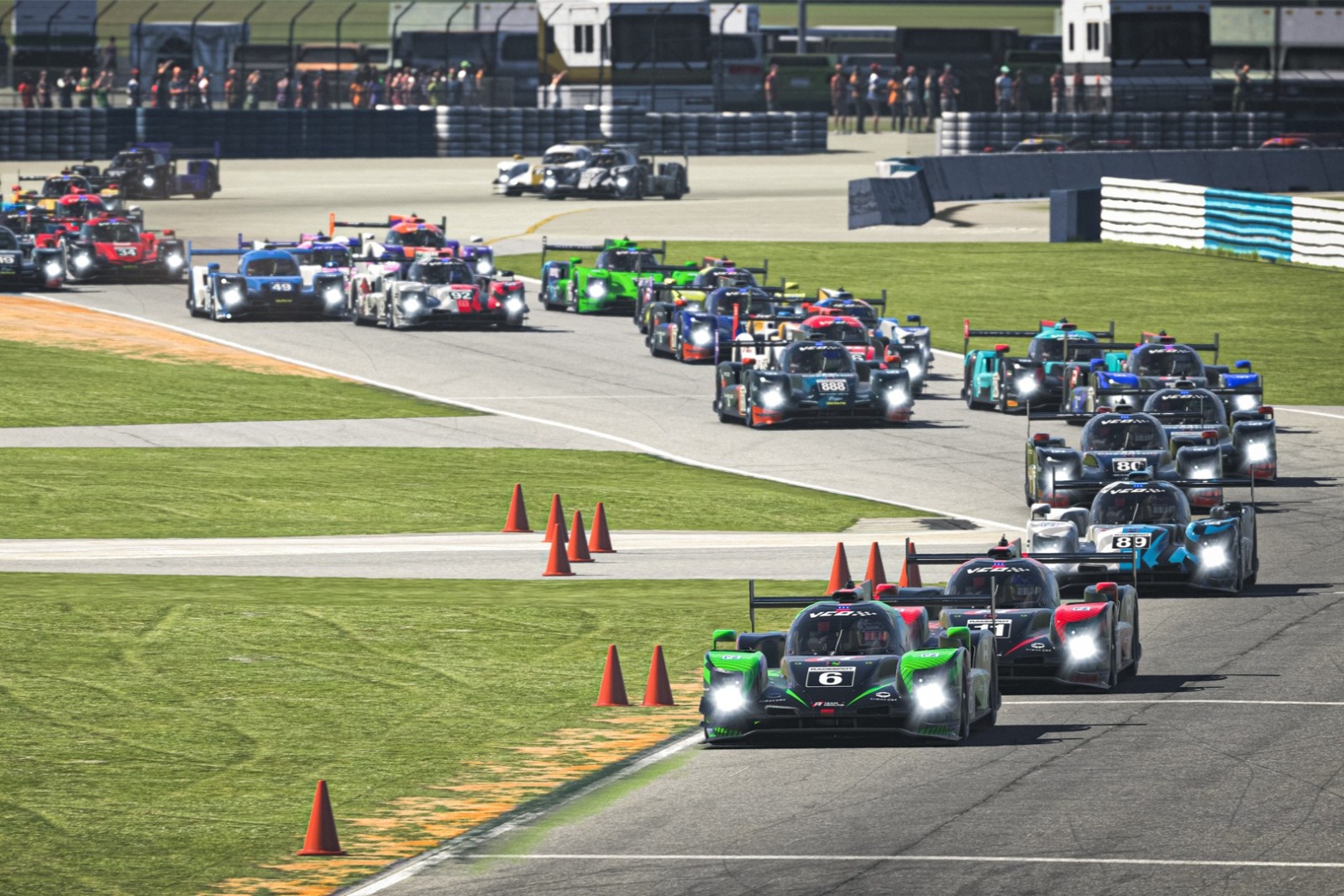 Cars in strife on the first lap included Sindre Setsaas, Brian Lockwood, Raoul Hyman Robby Foley and Visser. Thankfully, though, these incidents were well contained, and there was no multi-car incident like in the first heat.

With 10 minutes complete, the battle for sixth heated up, with Enzo Bonito going around the outside of Nicolas Varrone at Turn 10, before squeezing the R8G Esports driver wide through Collier and allowing Johnny Guindi and Alex Dunne to also follow through.

Sage Karam also tried to capitalise but ended up on the grass in-between Tower and Bishop in a hair-raising moment resulting in retirement.

With 14 minutes left on the clock, and the pit window open, Lulham and Denes swapped for Benecke and Talvar respectively, while Verstappen stayed on track for a further lap before handing over to Hofmann. 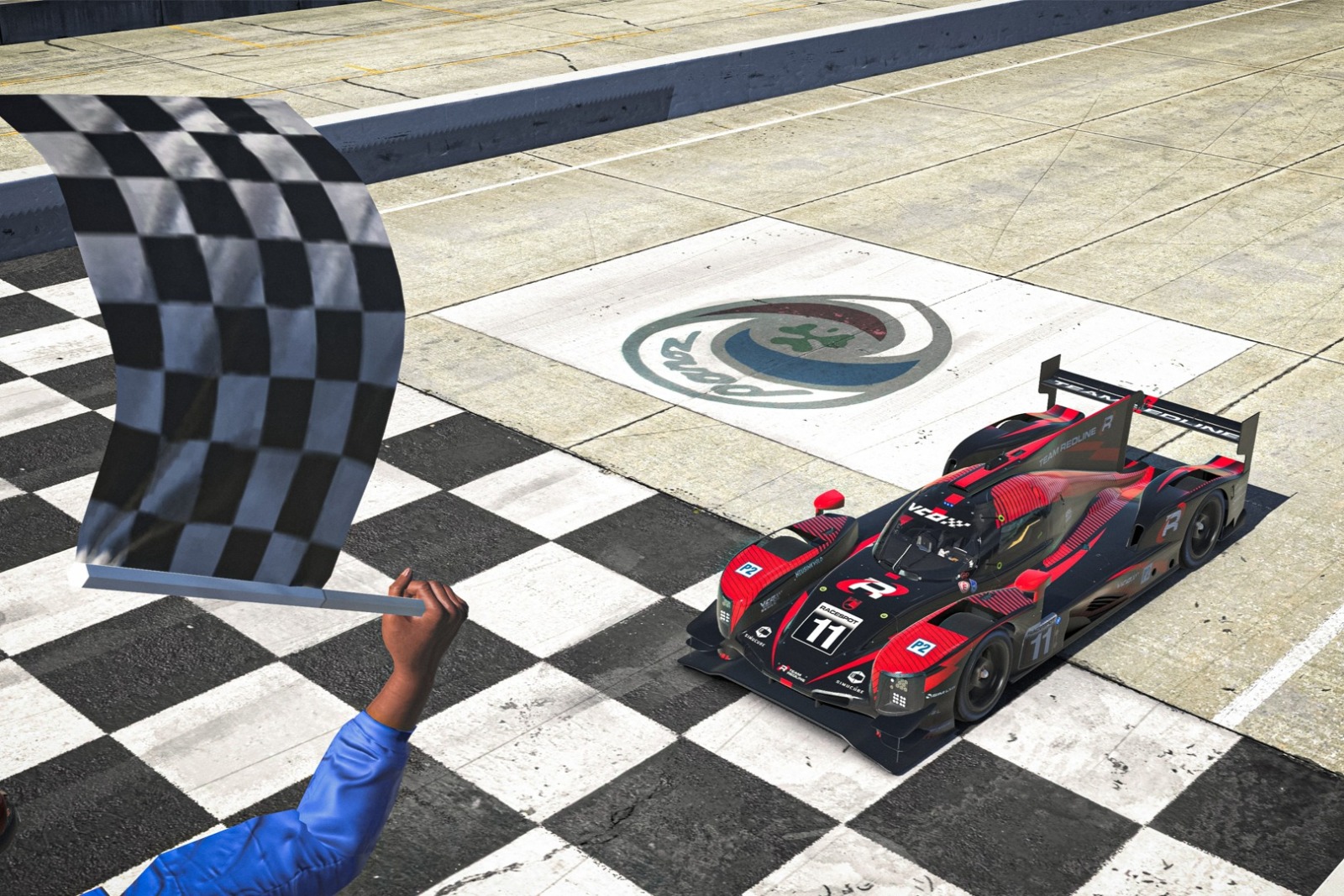 Once all the mandatory driver changes had cycled through, it was a straight fight between two Redline cars at the front – Hofmann leading Benecke.

Despite the championship in his pocket, Benecke wanted to win the final Bonus Race too and swept into the lead into Turn 1 with just over seven minutes left. That’s where the positions would stay until the chequered flag.

With that, the VCO ProSIM SERIES was complete for another year. It was an exemplary performance from Team Redline drivers Benecke and Lulham all through the season and they take home a well-deserved championship with the prize money to match.