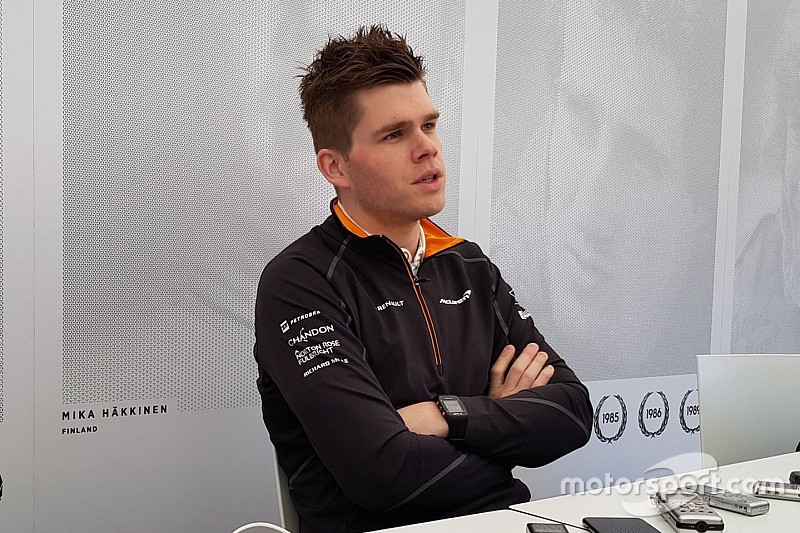 McLaren Formula 1 simulator driver Rudy Van Buren will make his international racing debut when he races in the Porsche Supercup this weekend at Hockenheim.

Van Buren, who earned his simulator role after becoming the inaugural World's Fastest Gamer, has driven real-world machinery before, having competed in the 2018 Race of Champions and also demonstrated Emmerson Fittipaldi's McLaren M23 at last year's Goodwood Festival Speed.

Van Buren will drive the #16 Molitor Racing Systems Porsche and he tested the Supercup car for the first time at Silverstone in May.

"The car is certainly very different from what I've driven before, but I came away from the test confident that I can do a good job this week in Hockenheim," he said.

"It will be a huge learning experience for me because all the other drivers have four races under their belt. In some cases, they have been driving these cars for several years.

"I plan to push as hard as I can, keep out of trouble and hopefully use this as a stepping stone to more real-world race outings in the future."

Van Buren previously attempted to forge a career in racing and was the 2003 Dutch Karting champion before a lack of funds forced him to change tack in his teenage years and became a sales manager.

He is not the first driver linked to World's Fastest Gamer to take steps into real-world racing, with runner-up Freek Schothorst having sampled the Renault Eurocup championship last year.