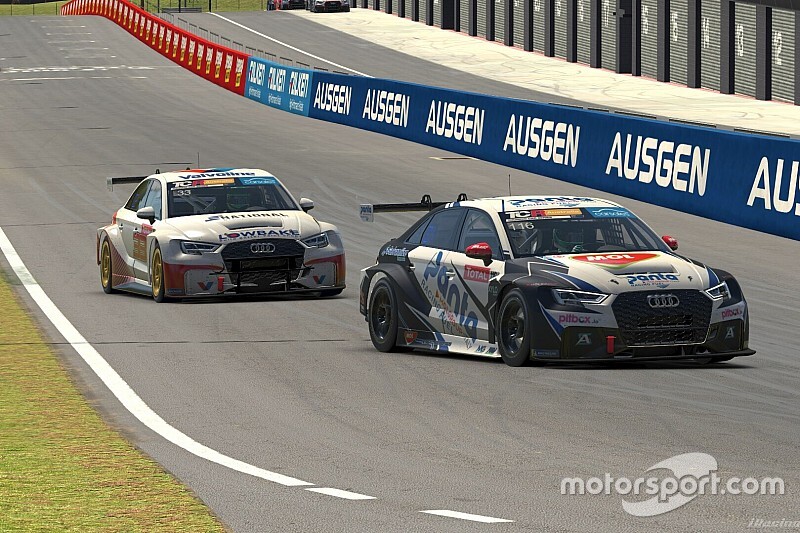 Sutton spent the first half of the 30-minute race patiently parked behind pole-sitter O'Keeffe, as the pair swiftly gapped the remainder of the field.

Right on the half-way mark the Brit made his move, sliding up the inside of O'Keeffe at Griffins Bend.

Sutton couldn't shake the TCR Australia race winner, though, the pair running-nose-to-tail until the final corner.

But despite the pressure O'Keeffe couldn't find a way back through, Sutton holding on to take the first-ever eSport Cup feature race win by just 0.3s.

The battle for third was equally close, Nathan Herne holding off Harley Haber for the final spot on the virtual podium.

Nic Carroll had been in the mix for third early in the race, but had to settle for fifth after an off at Murray's Corner 10 minutes in.

Herne was the best of the feature race front-runners in sixth, which means he now holds a two-point series lead over O'Keeffe, who finished the second race 10th.

Sutton was just 25th in the reverse-grid race, leaving him sixth points behind Herne.

The second round will be held on the Zolder circuit, in Audi TCR cars, next Thursday.

The best Esports races to watch in April