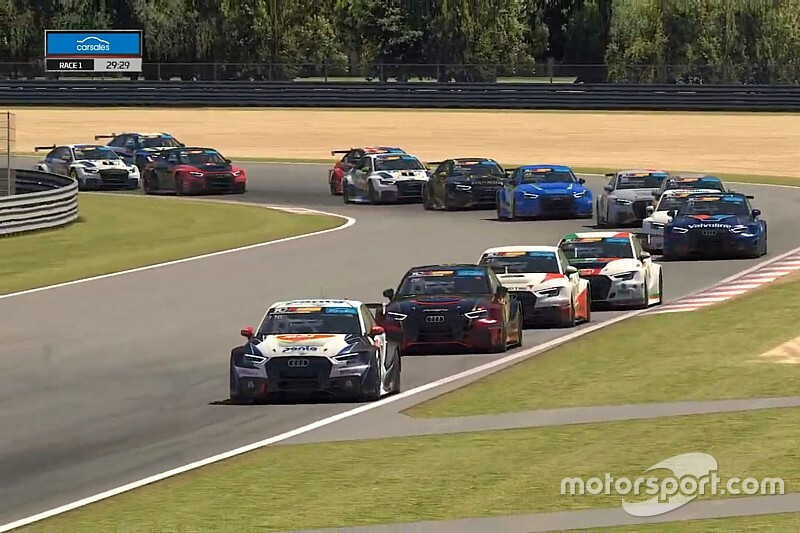 Ash Sutton and Garth Tander split the wins at Zolder for the second round of the ARG eSport Cup.

The first race was a cakewalk for Sutton, the Briton bolting from pole and leading every single lap.

By the finish of the 30-minute race he had a whopping 20s up his sleeve, Sutton admitting it had been a case of management rather than door-to-door combat.

"That was a good race, to be fair I stayed out of the carnage," he said.

"The guys in my Twitch stream managed to keep some entertainment going, but it was about keeping it on track, not getting any damage."

S5000 driver James Golding ran second early, but a shunt at the first chicane early sent him tumbling down the order.

That left Jaden Ransley in second, however it wasn't long before TCR Australia ace Dylan O'Keeffe worked his way into second.

Nathan Herne managed to overhaul Ransley before the finish, those two followed home by Nic Carroll and Harley Haber.

The Top 20 were reversed for the 15-minute second race, the tenth-row start not working out well for Sutton. He was fired into the wall on the run to the first corner, the Race 1 winner dropped towards the back of the 40-car field.

Out front it was Aaron Cameron battling Tim Macrow on the opening lap, only for Macrow to go too deep into Turn 7 and cart Cameron wide with him.

That left Garth Tander in a lead he would hold until the end, the three-time Bathurst 1000 winner holding a 4.7s advantage at the end.

"First lap there was a bit going on, but then I got into the lead," Tander explained.

"The trick in this stuff is just staying out of trouble as much as you can. Once I got to the lead I just tried to pull a gap.

"I could see the were battling behind me, so it's like the real world, head down and pull a gap."

The battle for second was certainly frenetic, turning into four-way scrap for the closing handful of laps.

Carroll did manage to get a small break to claim the position late on, while O'Keeffe snuck past Cameron right at the finish.

Sutton, meanwhile, was able to battle his way back to a respectful 15th.

O'Keeffe now leads the standings, with a nine-point buffer over Sutton and 14 over Herne.
Next article