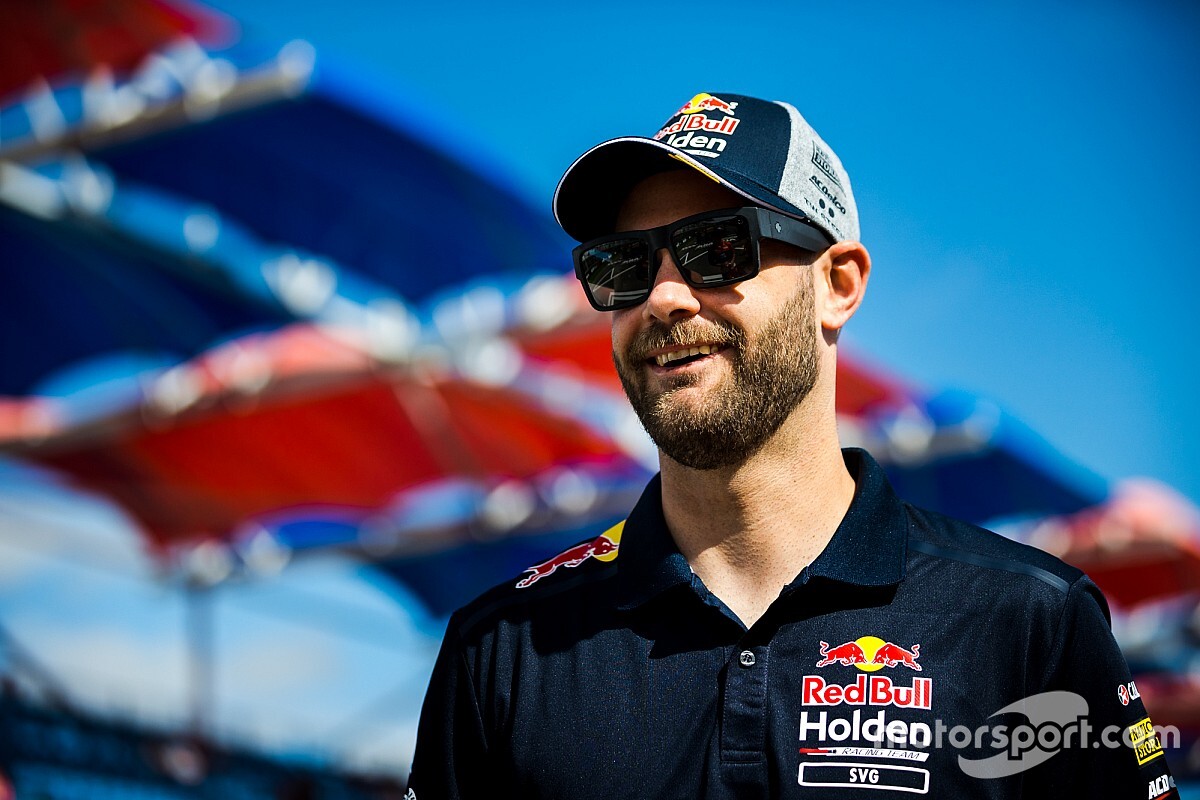 Shane van Gisbergen edged wildcard starter Brodie Kostecki by 0.009s in the Top 10 Shootout for the Bathurst Supercars Eseries round.

Experienced sim racer Kostecki had set the pace in the regular 20-minute qualifying session, which meant he ran last in the Shootout.

The tiniest of mistakes on the run over the top of Mount Panorama proved costly, however, allowing Triple Eight driver van Gisbergen – who had run second-last – to nab pole by less than a hundredth.

"I made a mistake over the top and got a bit of understeer and I just couldn't get it out," said Kostecki.

"Shane did a good job. He's been fast all week, I knew he was going to put the pressure on and he sure did."

Anton de Pasquale was third fastest, just two tenths off pole, while it was a whole six tenths back to Chaz Mostert in fourth.

IndyCar star Will Power made more ground than anyone in the Shootout, the Penske wildcard just sneaking into the Top 10 in qualifying, before charging to fifth on the grid.

Andre Heimgartner made three spots between the sessions as well to end up sixth on the grid, followed by Nick Percat, Scott McLaughlin and Thomas Randle.

Bryce Fullwood was the big loser from the single-lap dash, tagging the wall at The Tree which rendered his lap invalid.

That means he'll start from 10th after initially qualifying in seventh.

Lee Holdsworth will start 11th, having been bumped out of the Shootout right at the end of regular qualifying by Power's late lap.

A late shunt ruined Cam Waters' shot at the Shootout, the Tickford driver set to start Race 1 from 13th, while Jamie Whincup continued to struggle in the virtual world with the 21st best time.

Simona de Silvestro, making a wildcard return to Supercars, will start the first race from the back of the grid.

The third round of Supercars All Stars Eseries can be streamed live and free through Motorsport.tv from 7pm AEST.

Supercars All Stars Eseries Round 3 schedule

Norris set to compete in COTA IndyCar Esports round