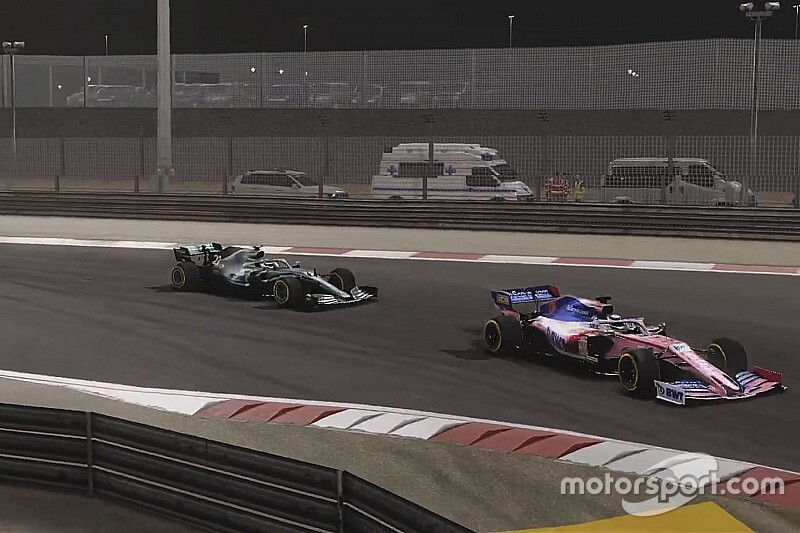 Lando Norris believes drivers deserve credit for working together to join and set up Esports events during the break until real-world racing resumes.

With the COVID-19 pandemic putting a stop to all top-tier motorsport, a number of drivers have been turning to sim racing and Esports to keep sharp and stay entertained.

Norris has been involved in sim racing for a number of years, and has recently been taking part in both F1’s Virtual GP events and the Not the GP series co-produced by Veloce Esports and Motorsport Games.

Speaking about the recent rise of Esports events, Norris said he felt the drivers deserved some credit for coming together and arranging times to race together.

“We as drivers have done a good job as well, trying to set up these competitions and get together and try and set it all up, as well as all the competitions like F1 and Not the GP,” Norris said.

“The competitions have been set up well, but there’s a lot of driver WhatsApp groups and so on where everyone is talking and chatting and trying to set these things up.

“I think that’s helped, but at the same time, for pretty much everyone, there’s not a lot you can do apart from commentate on these things and share these things around. There’s no other stories you can really come up with and talk about.

“I think everyone is kind of forced into looking at Esports, because that’s the only thing that can really go on right now.

“But at the same time, I think it’s grown massively, only in these last weeks, and I think it’s only going to continue to grow.”

Besides the competitive events, Norris has been joined by a number of his F1 colleagues in fun online races with each stream, interacting with fans in the process.

For Williams driver Latifi, Esports has been a new venture, but one he is enjoying the early days of in the build-up to his eventual F1 debut.

“All this Esports stuff is quite new to me, experiencing it for the first time,” Latifi said.

“I’m quite fortune to have a home sim setup like this. During this off-period here, it’s really just about keeping sharp, fitting in a lot of physical training. I’m fortunate that I do have a little home gym, so I don’t have to leave the house for that and I can keep self-isolating.

“But then I have a little home sim setup and I’m getting into sim racing for the first time. It’s definitely really cool, the first races I did the other week, I really enjoyed them.

“They’re definitely much more fun than I thought, so I’m keen to keep participating in more of them.”

Veloce and Motorsport Games will continue to host ‘Not the GP’ races on weekends F1 grands prix were originally scheduled, with the next event set to take place on April 19.