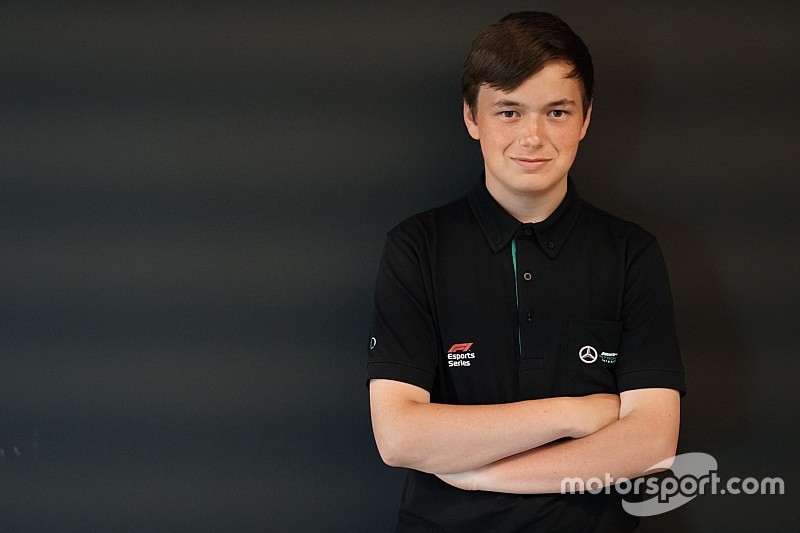 Mercedes Esports duo Brendon Leigh and Daniel Bereznay starred in the first three races of the F1 Esports Pro Series, but it was Toro Rosso’s Frederik Rasmussen who grabbed a last-ditch victory in the final event.

Leigh controlled the first race, held at Melbourne’s Albert Park, from pole position with Bereznay finishing a close second on the road – which became sixth following a time penalty for speeding in the pits.

Reigning champion Leigh started the second race – at the Shanghai International Circuit – from fifth on the grid after a difficult rain-affected qualifying. He made his mandatory pitstop late in the race and fought his way past Force India duo Fabrizio Donoso Delgado and Marcel Kiefer, as well as Bereznay, to take a superb second win and lead home a Mercedes 1-2.

In the third and final race of the day, around the Baku Street Circuit, Toro Rosso’s Rasmussen engaged in a stunning battle with Leigh and Bereznay in the closing stages. Leigh passed Rasmussen at the start of the last lap, but missed the apex of the final corner.

Rasmussen was then able to slipstream past in the race to the finish line, ahead of the Mercedes duo.

The results give Leigh and Mercedes a healthy points advantage in both drivers’ and teams’ championships, with three of the 10 races completed.