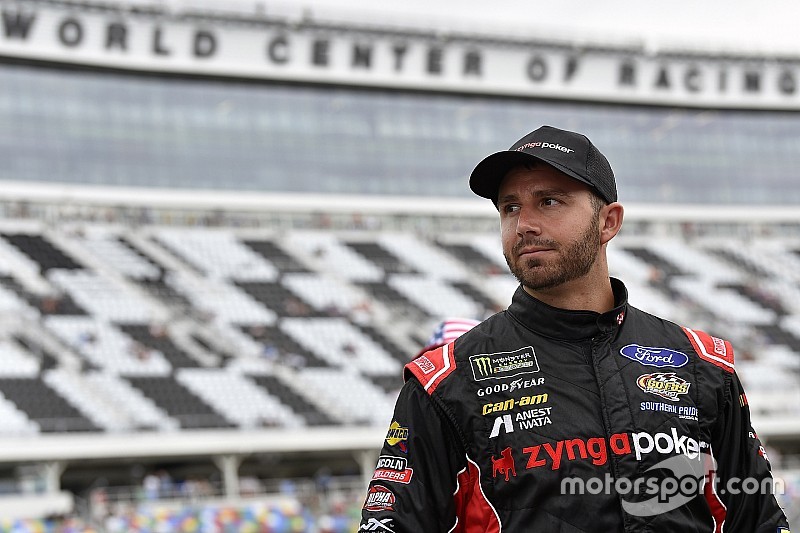 In an announcement Wednesday at the NASCAR Hall of Fame in Charlotte, N.C., LFR said it had hired DiBenedetto to drive for its No. 95 team next season.

LFR will also switch from the Chevrolet camp to Toyota beginning with the 2019 season. The partnership with Toyota Motor North America will include support from Toyota Racing Development (TRD), who will build the team’s engines and provide technology, data and technical assistance.

In addition, LFR has also entered into a technical alliance with Joe Gibbs Racing, which will provide chassis for the No. 95 Camry.

“I can only begin to explain how fortunate I am to be joining LFR,” said DiBenedetto, 27. “The thought of being reunited with Toyota and the folks at TRD is just unbelievable for me and my family.

“This is the biggest opportunity of my life and it’s a dream come true to be a part of a team that continues to elevate their program at the highest level of NASCAR. No words can describe my gratitude to everyone who believes in me.

“I’ve had to fight so hard, the old school way, to get here and that will always make me appreciate this amazing opportunity.”

Team owner Bob Leavine said he believed DiBenedetto would be a “tremendous addition” to his organization.

“It’s a tremendous feeling to know that we’re also able to announce our alignment with JGR and TRD for next season as well,” he said. “Obviously, they’re both first-class organizations and proven winners, so for us to be able to align with them is a huge step for our organization.

“I’m excited as we continue to work ahead for 2019 thanks to getting Matt as our driver and Toyota as our manufacturer.”

Kasey Kahne began the year driving for LFR but has been sidelined since the race at Darlington (S.C.) Raceway dealing with symptoms of severe heat exhaustion. Kahne announced earlier this week he would not return to the team this season and he had previously announced this would be his final year as a fulltime Cup series driver.

Regan Smith has been driving the No. 95 on an interim basis since Kahne stepped away and will continue to do so for the remainder of the season.

DiBenedetto has spent the past four seasons competing in the Cup series – the first two with the now-defunct BK Racing and the most recent two with Go Fas Racing. He announced last month that he was leaving Go Fas Racing at the end of season and “taking a leap of faith” for the chance to compete at the highest level of NASCAR.

The Grass Valley, Calif., native got his start with Toyota and Joe Gibbs Racing back in 2009 driving a limited schedule of Xfinity Series races, along with NASCAR K&N Pro Series East races.

In his seven Xfinity starts with JGR, DiBenedetto captured two top-10 finishes. He also claimed two wins, four top-five finishes and three poles in his seven races in 2009 with JGR in K&N East.

LFR has been a single-car team competing in the Cup series since 2011.