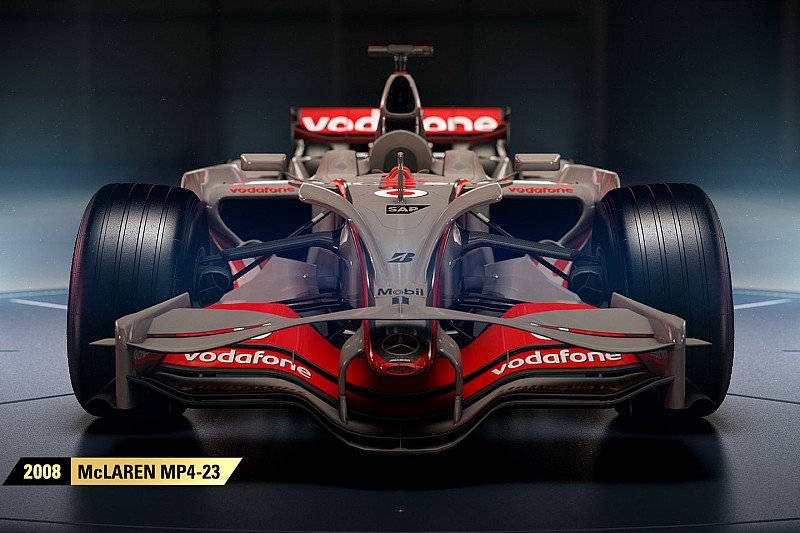 The line-up of classic cars for the F1 2017 game has been completed, with three more McLarens becoming the final additions to the list of 12.

Classic cars return to the official F1 game series for the first time since 2013 this year, with machinery from McLaren, Ferrari, Williams, Renault and Red Bull represented, spanning from 1988-2010.

While the dominant MP4/4 from 1988, available with pre-ordered or 'day one' copies of the game as part of a special edition package, was the only McLaren previously confirmed, game creator Codemasters has now added the 1991 MP4/6, 1998's MP4-13, and 2008's MP4-23, all of which won drivers' world championships with Ayrton Senna, Mika Hakkinen and Lewis Hamilton respectively.

"I don't think you'd be able to get away without choosing 1988's MP4/4 – it's probably the most iconic F1 car of the last 40 years, a machine that looks as sleek and fast today as when it was first raced.

The classic cars will be incorporated into the game's career mode for the first time, with players offered the chance to compete in invitational races alongside their full-time campaign in 2017-spec cars.

Gallery: The classic cars that will star in F1 2017