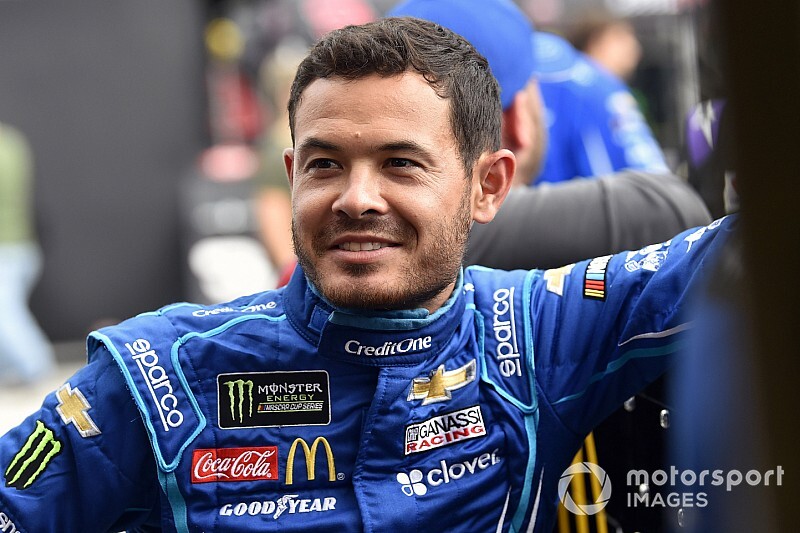 The second round of this week's virtual Short Track Challenge took place at Lucas Oil Raceway.

William Byron locked himself into the ten-driver field for the championship race at Martinsville Speedway with a sweep of both races Monday at Rockingham.

On Tuesday, six new drivers now got their chance to join him and Kyle Busch in the title-decider.

Lucas Oil Raceway hosted the second round with twin 40-lap races and just like Rockingham, a field invert was to take place after the first event.

Kyle Larson led from pole in Race 1 and went mostly unchallenged. Behind him, Justin Allgaier and Christopher Bell spun on the opening lap after coming together on the backstretch.

Denny Hamlin later went for a half-spin in pursuit of Harrison Burton for third-place.

Larson would ultimately take the win ahead of Chase Briscoe and Burton, locking himself into the Martinsville championship event.

In Race 2, Bell led from the start after the field invert. Burton would tag the outside wall and go careening into the inside wall early in the race, putting him out of contention.

Hamlin and Larson struggled to reel in Bell and in the closing laps, they resorted to riding the wall through the corners in a last-ditch effort to bridge the gap.

The race ended dramatically with Hamlin reaching the back bumper of Bell on the final lap, and the two went spinning across the line with Bell taking the checkered flag just ahead of Hamlin.

Behind them, Larson and Briscoe also collided and spun in the fight for third.

Hamlin was granted the 'Peacock Provisional' for his efforts and will fill another spot in the ten-driver grid at Martinsville.