Oliver Rowland and Stoffel Vandoorne both scored their maiden Formula E victories in the final two races of the 2019-20 season at the Tempelhof Airport venue in Berlin. 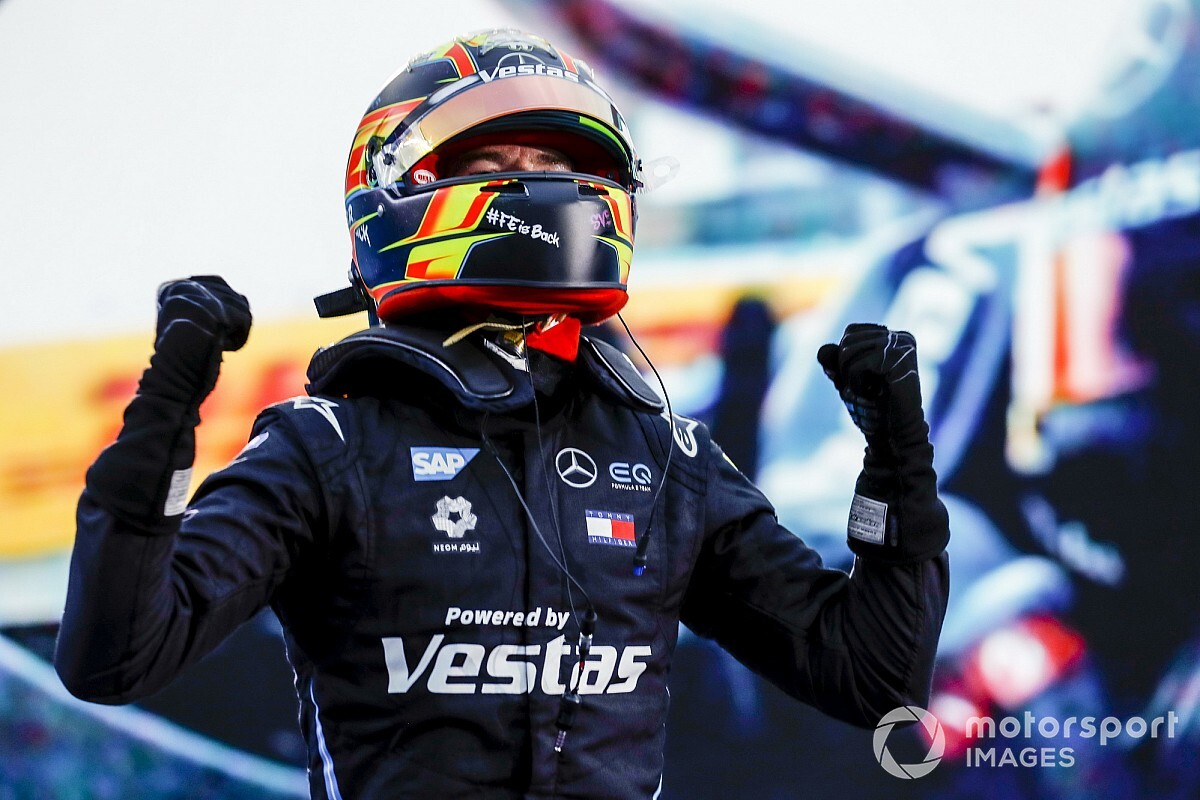 With Antonio Felix da Costa and his DS Techeetah outfit already assured of the drivers’ and teams’ crowns, second place in the championship was still up for grabs.  But more than that, the final double-header provided some hope that Nissan e.dams and Mercedes are both in a place to at least take the fight to DS Techeetah next season and bring the unpredictably back into FE.

In the latest episode of Behind the Race from ThEVox (below), Autosport's Formula E correspondent Matt Kew is joined by Italian racer Michela Cerutti to analyse the Rowland and Vandoorne triumphs, to asses where all went wrong in qualifying and to discuss the latest driver market comings and goings.

Rowland’s win was in no small part helped by a qualifying farce in which all four of the active series champions failed to set a lap time ahead of the opening race.

Along with Jean-Eric Vergne and Sebastien Buemi starting from the back of the grid, so too would Da Costa and Lucas di Grassi after they came to blows on their out-lap.

That left Nissan e.dams driver Rowland to fend off Robin Frijns for the spoils as Audi driver Rene Rast scored his maiden FE podium after the double DTM champion pulled off a late “touring car” pass on Andre Lotterer.

In race two, the Mercedes dominance that has become commonplace in Formula 1 over the last six years was replicated as Vandoorne led his team-mate Nyck de Vries to a 1-2 finish.

Mercedes entered the season as debutants, building on the season of learning undertaken by forerunners HWA Racelab last year.

Similarly, Nissan e.dams had been hamstrung by the ban imposed on the twin-motor powertrain they extensively developed last season.

For both teams to come to the fore at the close of play, as the big-name drivers were struggling in their recovery through the midfield, indicate that da Costa will be forced to work much hard to dominate the 2020-21 campaign quite so effectively.

And no soon had the chequered flag waved for the last time, 11-time grand prix winner Felipe Massa was promptly announced as having left the Venturi Racing team.

Likewise, although Neel Jani enjoyed a late upturn in FE, Pascal Wehrlein was finally confirmed as his successor at Porsche.