Oliver Rowland reckons he is “a completely different person” after learning from 2015-16 champion teammate Sebastien Buemi after three seasons in Formula E at Nissan e.dams.

The 2015 Renault Formula 3.5 champion made a cameo for Mahindra Racing in the 2015 Punta del Este E-Prix, climbing from 16th to 13th, and subsequently served as a regular studio pundit during early season broadcasts.

After finishing third in the FIA F2 standings in 2017 for DAMS, behind champion Charles Leclerc and Artem Markelov, Rowland was called up by the late Jean-Paul Driot to Nissan e.dams for the Gen2 era to replace Alexander Albon after the Thai-Brit was extricated from his deal to join Toro Rosso in Formula 1.

In that time, Rowland has scored two wins and often impressed in qualifying but the new 2021 car has struggled for race pace and he finished 14th in the drivers’ standings.

This followed losing a likely fourth in the Valencia energy race debacle, gaining a drive-through penalty for power overuse while leading in Rome and crashing with race leader Stoffel Vandoorne in London.

Reflecting on his season and a lost potential title challenge, Rowland told Motorsport.com: “We have a lot of missed opportunities. I was as good as anybody in terms of pace.

“But for sure, this year, in the race we struggled quite a bit. Other than that, I think we had a strong year and just was a bit unlucky.”

The 2021 Berlin E-Prix marked Rowland’s last race with Nissan e.dams and he is widely expected to replace Alex Lynn at Mahindra Racing for next season.

The team celebrated his last race weekend by presenting Rowland with a 1/8 scale model of his Formula E car and the driver said he has been “pretty emotional”.

Buemi finished 21st in the standings, with the Swiss racer attributing a myriad of pace problems to the lasting effects of being hit by Andre Lotterer in Spain.

Rowland said of his teammate: “[Buemi] struggled a bit on his days. I had the pace.

“He's struggled to find a balance and a consistency for sure. Sometimes I did as well.

“But then other times, I managed to extract the full potential from the car. And clearly it wasn't always easy to do. That's pretty much where he was." 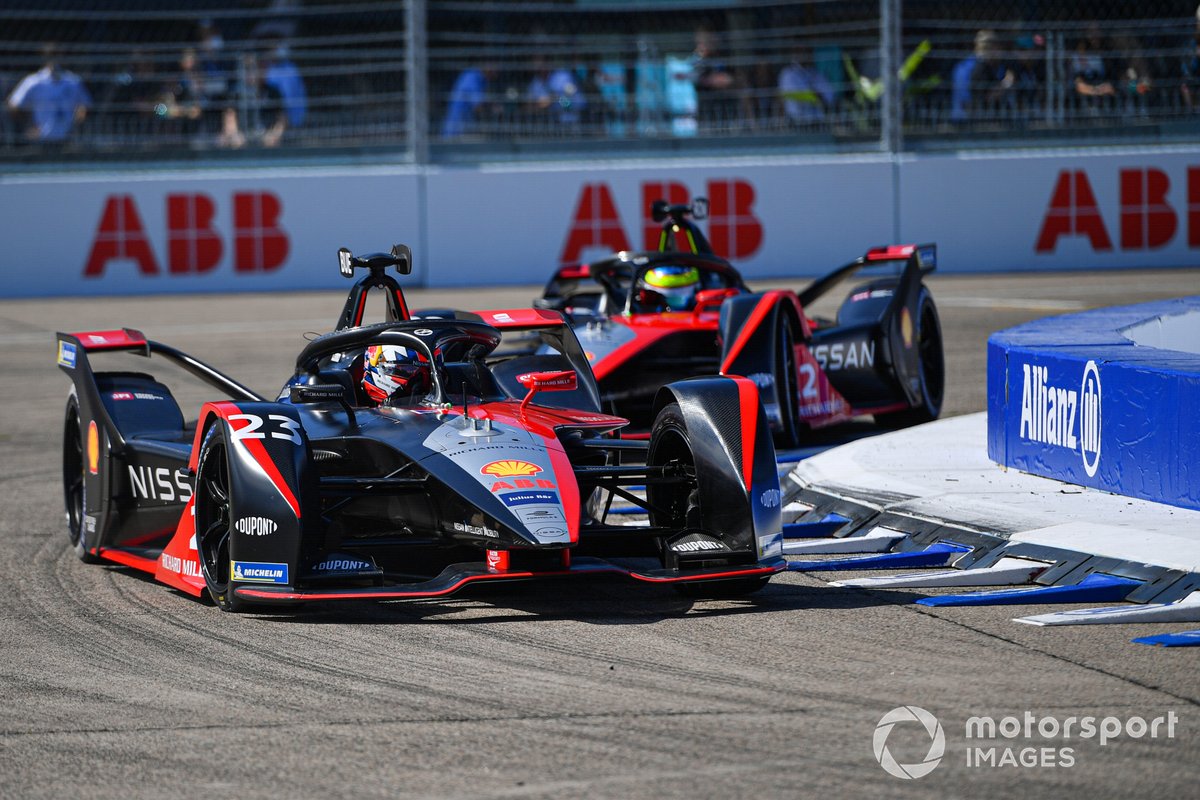 Rowland, who was guided by Derek Warwick and the Racing Steps programme, paid tribute to Buemi.

Asked what he had learned from his three-time Le Mans 24 Hours-wining stablemate, Rowland replied: "Loads. I can't describe it. Maybe on the driving side, not a huge amount.

“He helped me in the beginning just to understand things

“But from a mental side, from a constructive side and how to work with a team and develop a team, it’s been massive.

“I'm a completely different person to what I was when I arrived. Full credit to him, not really helping me, but showing me how it should be done.”