Both Nissan e.dams cars have been disqualified from the London E-Prix at the ExCeL Centre, which has left Sebastien Buemi ‘hurting’ after losing the best result of a “tough season”.

The brace of IM03 machines have been excluded from the race won by BMW Andretti driver Jake Dennis for exceeding the race energy total limit due to a software programming error.

For the two races in the UK capital, the FIA lowered the useable energy cap from 52kWh down to 48kWh to avoid team simulation predictions of a flat out and processional race.

With a brief full-course yellow period for Alexander Sims stopping on the first lap after contact, it allowed FIA race director Scot Elkins to subtract a further 1kWh down to a final 47kWh limit.

Both Buemi, who scored a season-best fourth, and team-mate Rowland in 10th have been excluded for exceeding this maximum and breaching Article 7.6 of the Technical Regulations.

Buemi, the 2015-16 champion, reckoned a software calibration error meant he and Rowland had ran over by “a hundredth of a kilowatt” or less than “a tenth of a second too late”

He told Motorsport.com: “It's a software glitch. It's a mistake in the set-up. The power cut off like a hundredth of a kilowatt too late.

“It wasn't even a tenth of a second too late, but the rule is the rule. We got disqualified because we didn't set it up properly. 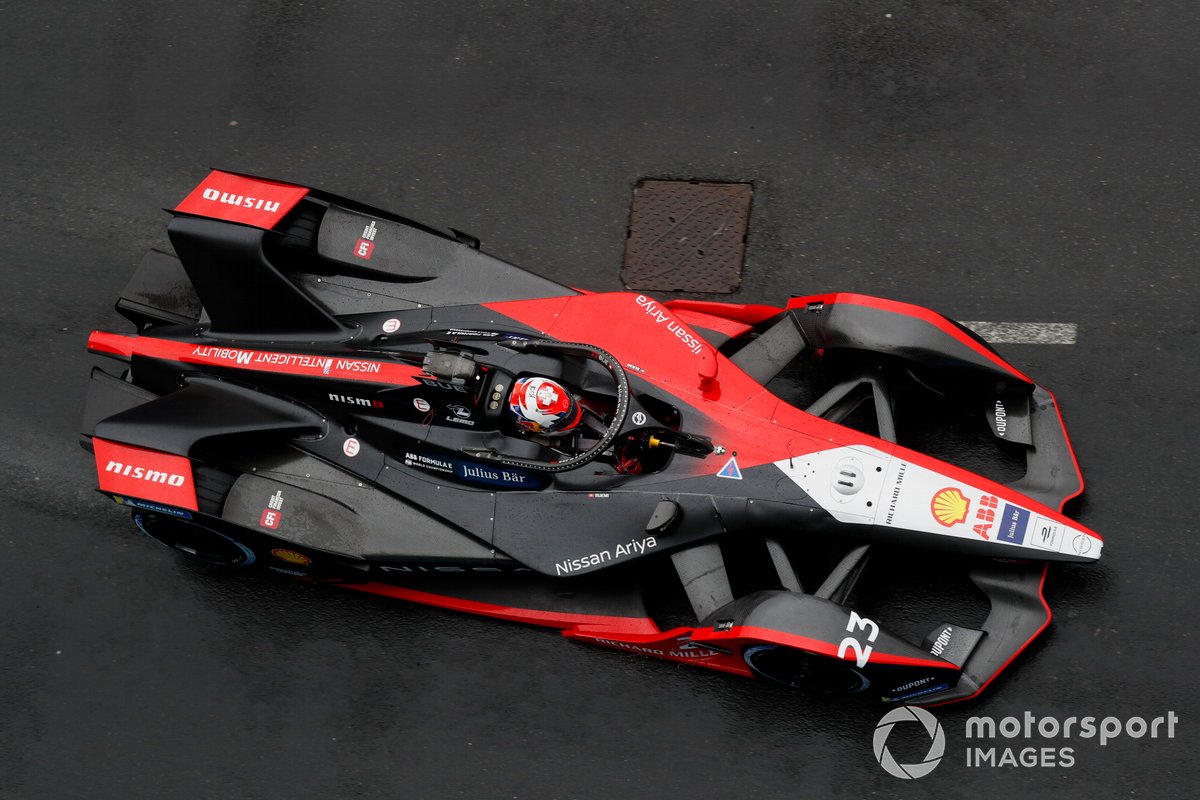 Buemi added that the decision was painful as it denied him the best result of the year. He sits 20th with three races to go and is on course for his lowest points finish in Formula E.

“It hurts because it's my best finish of the year," he said. “I'm having a tough season and the only time we can do well; we get hit or we get disqualified here while we are P4.

“When you think it can't get worse, it sometimes gets worse.”

Buemi requested his team replace the gearbox, motor and inverter on his car for the Mexico races in June as he worked to isolate the cause of his lack of performance.

The French racer attributes the decline to damage sustained in Valencia, when he was running fourth and was hit into retirement on the first lap by Porsche driver Andre Lotterer.

An animated Buemi, who qualified fifth in New York City immediately following the work carried out in Puebla, added: “When I got hit in the back, who knows if my powertrain was bent for four races before we decided to get the penalty and change everything."

As a result, Oliver Rowland falls three places to 14th in the standings and Nissan e.dams down to 10th, with the renamed Renault squad set for its worst ever Formula E season result.

Why de Vries is “hating and loving” FE’s unpredictability