Robin Frijns reckons “absolutely ridiculous” defending caused his lengthy collision with Joel Eriksson, although the Swede has hit back at the “stupid” actions of his Formula E rival.

Frijns was handed a five-second penalty in the London E-Prix, classifying 13th, after his Envision Virgin Racing machine tangled with Eriksson through the Turn 11 hairpin.

His teammate Nick Cassidy had dived for position past the Dragon Penske Autosport car through the preceding corner, which put Eriksson wide and the pair tagged at the corner exit. But as Eriksson then gained the inside line for the Turn 11 left-handed switchback, Frijns appeared to move across the circuit and pinched Eriksson against the concrete wall.

With both cars then off line and using full steering lock, they became entwined through the apex and were both delayed before finally rejoining after shipping a place to Oliver Turvey. For pushing Eriksson to the inside wall, Frijns was adjudged to have been the aggressor.

But he told Motorsport.com that he had not been in control of the car at this point after the first impact had knocked the steering wheel out of his hands.

Asked for his view of the incident, Frijns replied: "[It’s] shocking. I'm straightforward, right. I always say how it is. You feel you have like a decent car; you can do something you can, you're quicker than the guys in front.

“But then they are defending like it's the last lap of the world championship when they’re 3% down on energy. What's the point of doing it? It's absolutely ridiculous, really bad.

“He just like slams the door close when you the move was already ongoing. I'm on the inside, he turns in on me and I lose the steering wheel.

“It looks on TV that I turn left but the steering wheel just turns left by itself. He turns into me; I'm not turning into him.” 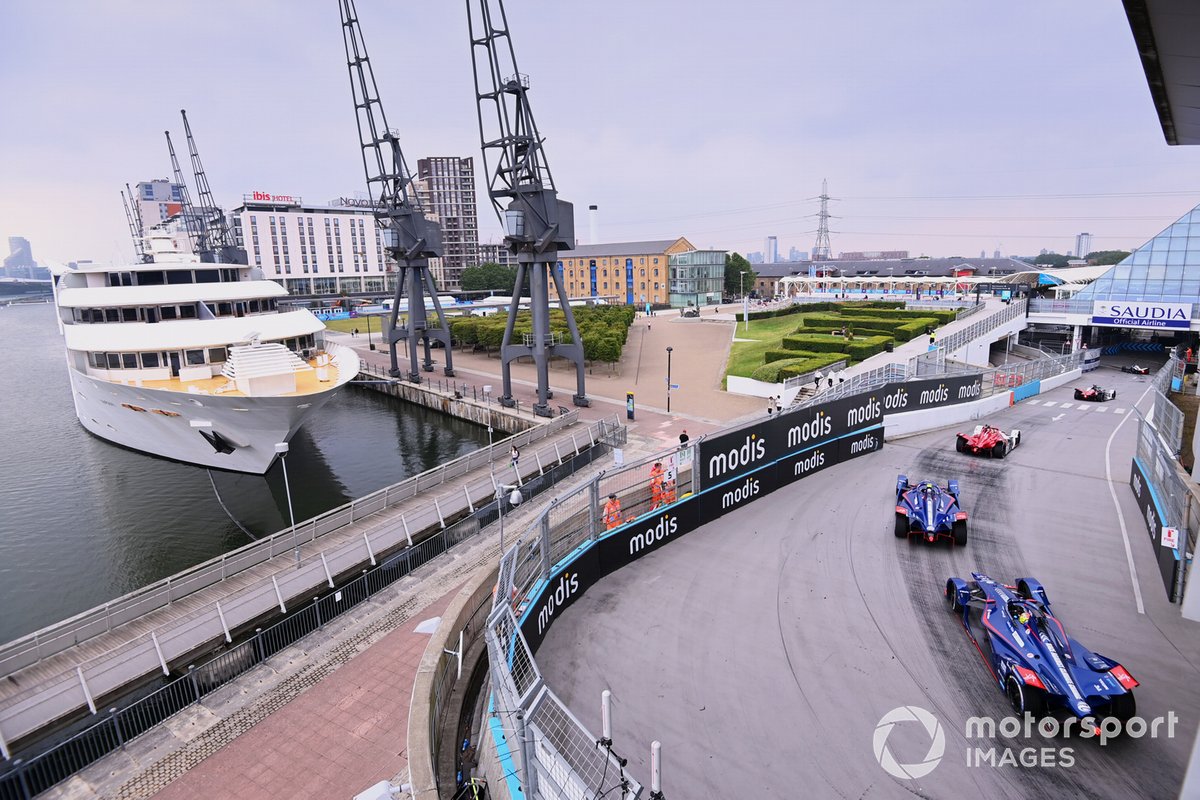 Frijns continued to call out the ruling from the FIA, saying he could not “vanish into thin air”.

He added: “I get the penalty when he's driving like that. I'm sorry but I don't agree. What do you want me to do? I tried to get out of it, and he runs me wide.”

Although missed by TV cameras, Frijns then dived back past Eriksson for position at the Turn 16 right-hander with the pair coming to blows yet again.

Eriksson, who called out the “stupid” manoeuvre, said: “He dived on me. He pushed me wide again to show something. I don't know what he wanted to show.

“We were not in the points anyway, so it was quite stupid and optimistic from his side to take that kind of risk.”

Asked for his account for the previous coming together, the Formula E rookie said: “Coming out of Turn 10, he just opened up the steering wheel and I had nowhere to go. I don't know if he expected me to lift and let him by, but it's a race.