NEXTEV TCR to split with Campos for season three 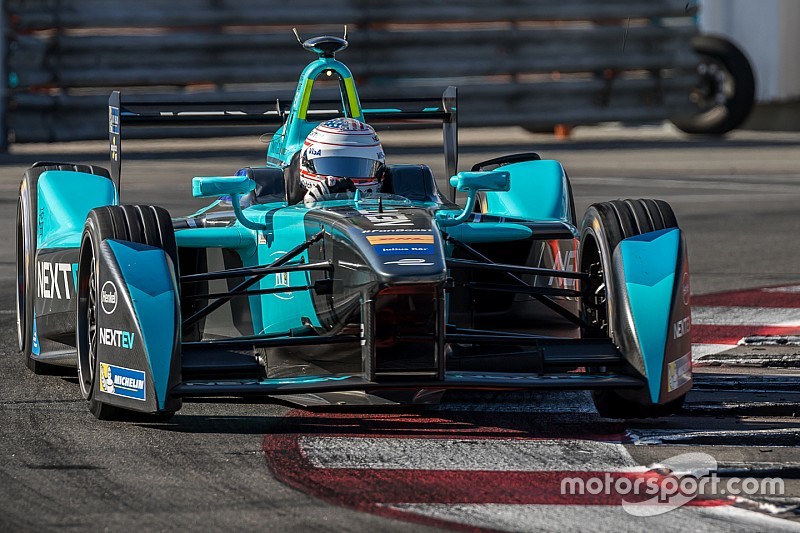 The NEXTEV TCR Formula E team will form its own operational and engineering team in the UK for season three of the series, Motorsport.com has discovered.

The Chinese squad, which won the inaugural title with Nelson Piquet Jr in season one, will move away from the Campos team which has run the team since the first event in 2014.

“We will run the team for season three but we maintain a great relationship with Campos,” Team Principal, Martin Leach told Motorsport.com.

“Whether they [Campos] are involved at all [in season three] it is too early to say. They were a major part of securing the victory for Nelson in season one so we have a good understanding together.”

The new UK based team will be headed by Gerry Hughes, who moved across to the team from Aguri last December. Several other ex-Team Aguri personnel have also joined Hughes to form the new engineering cell.

“We have a team of about fifteen people working on the season three car. We are in discussions with a property around Oxford to form a base. Gerry Hughes is setting that up and running the engineering operation from the UK.”

“We successfully passed the crash test just before Long Beach and we will be testing soon,” confirmed Leach.

NEXTEV TCR is expected to continue its relationship with the Rational Motion GmbH company which has provided technical support to the team. The company is housed within the Toyota Motorsport premises in Cologne, Germany.

Piquet to continue with NEXTEV

The Brazilian has been linked to a drive with the new Jaguar Formula E team but Leach confirmed to Motorsport.com that Piquet is set to be in a NEXTEV TCR car next season.

“We’ve got a multi-year deal with Nelson and we have discussed things and I think everyone in the team is very happy and motivated going forward.”

The team could also keep Oliver Turvey, who has consistently impressed in his first full season in the category.

The British driver has outqualified Piquet three to two and scored 10 points to Piquet’s four so far this season.

NEXTEV TCR is also not currently planning to run a Chinese driver and is under no pressure to do so in coming seasons.

“It would be nice but to be honest we are very happy with the drivers that we have got. There is no pressure to have a Chinese driver,” said Leach.

“We are a global company and we have 37 different nationalities working for us in the company, so we just want the best global talent available to us.”

Renault e.Dams secure points haul on the streets of Paris