Mexico City ePrix: Buemi tops FP1 by half a second 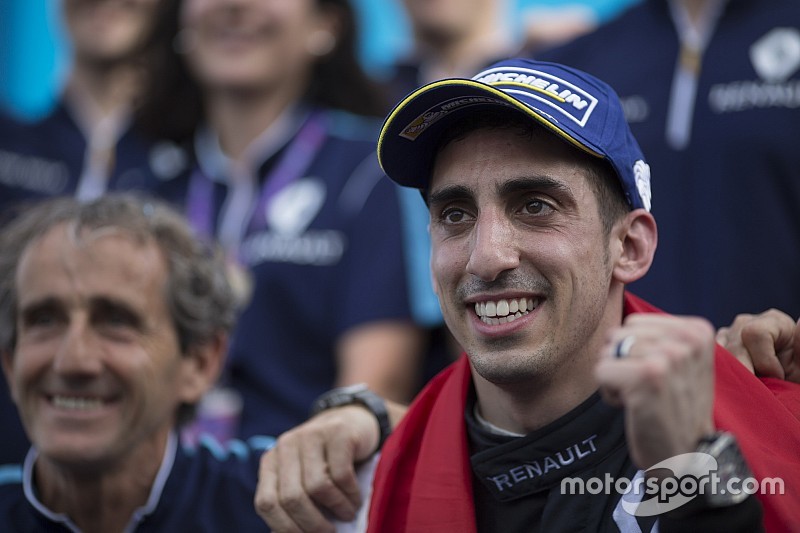 Sebastien Buemi went straight from the airport to P1 in the first practice session of the Mexico City ePrix at the Autodromo Hermanos Rodriguez.

The Renault e.dams driver claimed the top spot with a time of 1m02.222s at full 200Kw power despite being held up by Fprmula E debutant Esteban Gutierrez.

Buemi, who is chasing a fourth consecutive Formula E victory after completing a 16-hour commute from Monza to Mexico City overnight, headed Faraday Future Dragon teammates Loic Duval and Jerome d’Ambrosio by just over half a second on a remarkably dusty circuit.

Jean-Eric Vergne ended the first session in fourth position as the fastest of the 170Kw drivers. However, the Frenchman was placed under investigation for allegedly cutting the final chicane with his Renault-powered car.

The Techeetah driver, along with new teammate Gutierrez, was handed a three-place suspended grid penalty after exceeding the power allowance in Friday’s shakedown session.

Gutierrez ended the session in 19th position, as he continued to adapt to the all-electric formula.

Robin Frijns hustled his Andretti ATEC-02 to fifth place on a 200Kw lap, the Dutchman heading Sam Bird (DS Virgin), Stephane Sarrazin (Venturi), and the Abt Audi duo of Lucas di Grassi and Daniel Abt.

Mitch Evans, who was the first driver to try a 200kW qualifying simulation lap, rounded out the top 10.

While the Jaguar driver set the quickest sector one, a scrappy second and third sector saw him claim an initial third position. This eventually became 10th by the time the session ended.

The pair will drop 10 places on the grid for gearbox changes after the team had already played their technical jokers earlier in the season.

Engel suffered misfortune with another stoppage in one of his Venturi VM200-FE-02. The German was left temporarily stranded on the circuit, causing a brief Full Course Yellow.