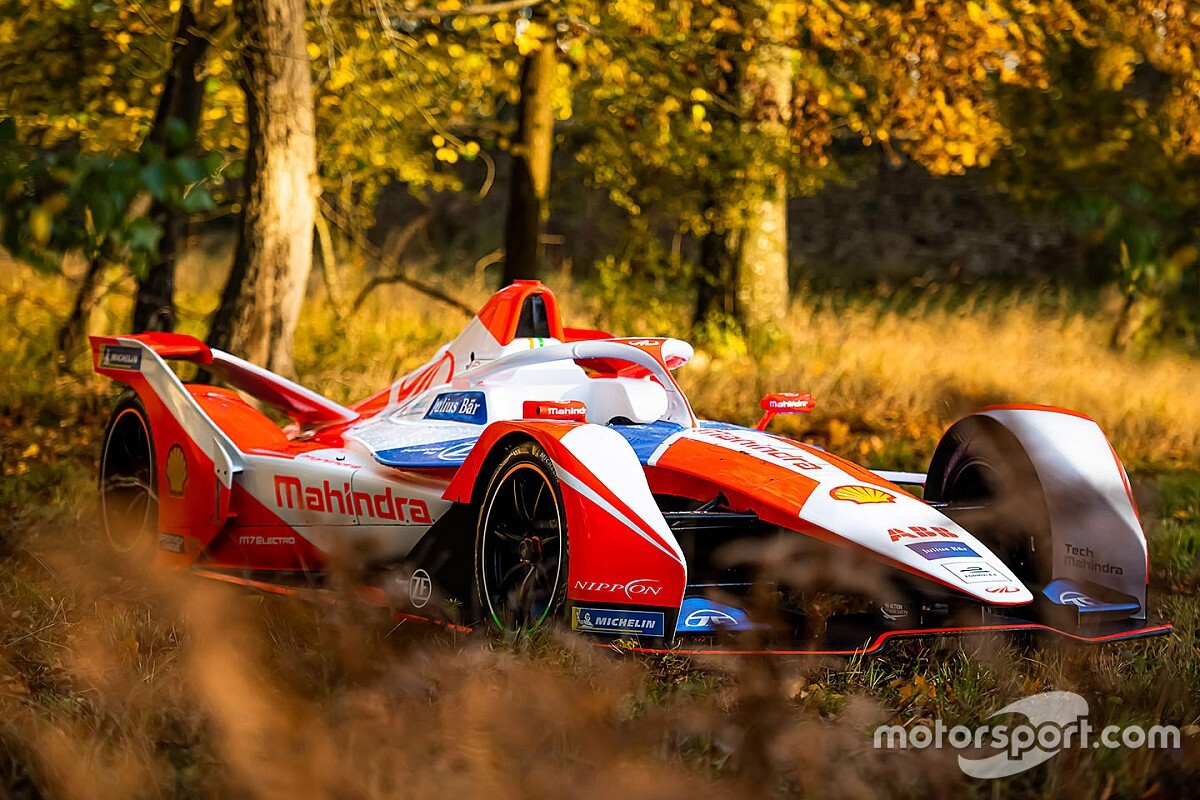 Mahindra would be “disappointed” if it doesn’t finish inside the top three in the 2020/21 Formula E standings, says team principal Dilbagh Gill.

After three consecutive race-winning campaigns, Mahindra failed to finish on the podium during the 2019/20 season and dropped to ninth in the teams' championship - its worst-ever finish in the series’ history.

But the Indian marque is planning to regain lost ground in the forthcoming season and, having successfully moved into new premises in Banbury, is banking on a new powertrain developed by German partner ZF.

Gill said the hard work the team has put in to arrest the decline in its Formula E form means it is expecting nothing short of a top three finish in the championship - a result it achieved once in 2016/17 with Felix Rosenqvist and Nick Heidfeld behind the wheel.

“I believe we have the capacity and capability and the competence to get back to that level. So for me at the end of this year if we are not a top three team in the championship, it would be a disappointing year because of the amount of work that has gone in.”

Gill said the new powertrain is already a “significant improvement” over its predecessor after testing it on the dyno, and credited ZF for eking out big gains from “Formula E’s least efficient part”, the gearbox.

“In terms of powertrain, ZF has been in Formula E. they were a supplier to Venturi for the last couple of years, they’ve won a race with Venturi and a couple of pole positions,” Gill said.

“In the end when we look at the powertrain, put it on a bench and look at it compared to what we’ve seen in the last years, it’s a significant improvement. And again, from ZF’s perspective they’ve really gone all out and put some great work on the gearbox.

“As we all know in Formula E that’s the least efficient part because that’s the mechanical product of the car, rest is largely electronic or electrical, which has much higher efficiency.

"Overall, this is our seventh year. The sixth year of making a car [as all teams ran the same spec car in the first season]. So, we’ve also learnt over the last six years how to make a car and we have made race-winning cars over the years."

Mahindra has elected to deploy its new powertrain at the first available opportunity at the start of the 2020/21 season, having completed a “pretty intense evaluation” of potential benefits of delaying its introduction until April or June - the other two options available to Formula E teams as per the series’ new cost-cutting measures.

But the team eventually concluded that the second or the third slot “wasn’t an option”, having finished so far behind in 2019/2020 with its existing powertrain.

“For us it was very important,” Gill explained. “Without trying to cover stuff we didn’t have a very good powertrain last year. We weren’t very competitive. Otherwise, it would have been a very poor start for us [in season 7].

“People have worked flat out over many, many months. Colleagues in Germany and colleagues at Shell etc. Honestly the second and third slot wasn’t an option for us.”