HWA, the customisation specialist of Mercedes, is in pole position to enter the all-electric championship in 2018/19, Motorsport.com can reveal.

By:
Sam Smith
Listen to this article

Should Mercedes exercise its option to join Formula E, HWA is likely to front and run the operation which could be introduced in season five of the championship, which begins at the end of 2018.

A final decision will be made in October, when it is known a deadline exists for Mercedes to take up its option of joining the all-electric championship, which has so far attracted several of Mercedes’ direct automotive and racing rivals – Audi, BMW, Renault and Jaguar.

One plausible outcome for HWA to join Formula E, either as an independent customer or as a Mercedes-fronted operation, could be to initially run with a Venturi powertrain in season five.

HWA would be entitled to lodge an entry as a standalone manufacturer but only for season six at the earliest. This commences in 2019 and would be the second season for the one car/one driver format when a larger and more powerful battery will be used.

HWA and Venturi share a significant partner in ZF Group, the chassis and drivetrain technology specialist that will take charge of Venturi’s powertrain for season four.

A possible link-up with a Venturi powertrain is thought the most likely and sufficiently neutral for a full-blown HWA/Mercedes effort to then take over the entity at a later date.

Speculation that Nico Rosberg, who met with Formula E directors earlier this month and also visited Tesla this week, could be involved in the new project or the championship generally are believed to be doubtful, in the short-term at least. 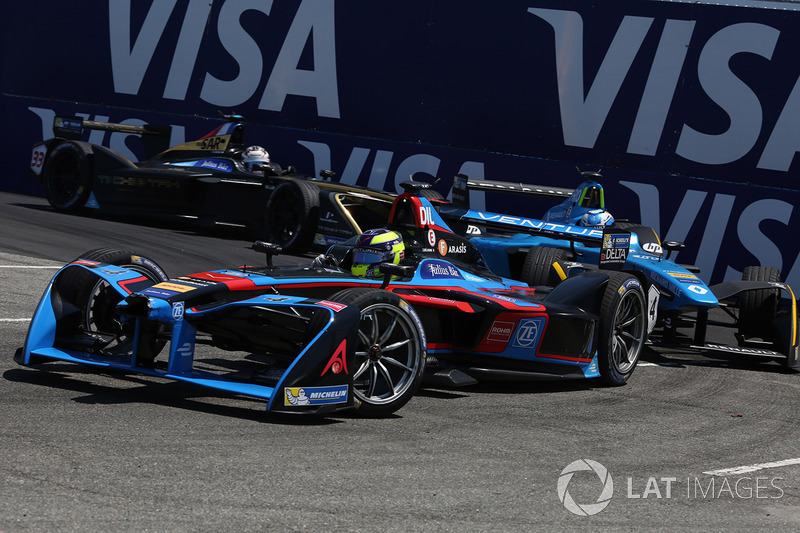