The championship returns to the Circuit Ricardo Tormo for the fifth year running ahead of the 2021-22 term, which will mark the final season of the Gen2 car.

While race power for the next season has increased by 20kW, the powertrains have fixed homologation cycles ensuring the cars from the 2021 term have carried over.

That guaranteed a sound level of reliability as the only proper red flag was called for a cone being clipped out of position, otherwise only yellows flags were used for rare stoppages.

Both Mahindra machines of Alexander Sims and new recruit Oliver Rowland endured on-track glitches as they ground to a halt through the second sector but were able to continue.

The Monday running of the three-day test, which is split by a dedicated media day, was ended with 90 minutes of track time remaining to conduct a rehearsal of the new knockout qualifying format.

But in the 4.5 hours of conventional running, Frijns set the pace with his afternoon effort of 1m26.968s to clear Vergne by 0.173s as da Costa was only another 0.002 further back.

The top time was eight seconds slower than the benchmark set on the first day of testing last year because for this visit, Formula E ran on a 240-metre longer iteration of the Valencia track. 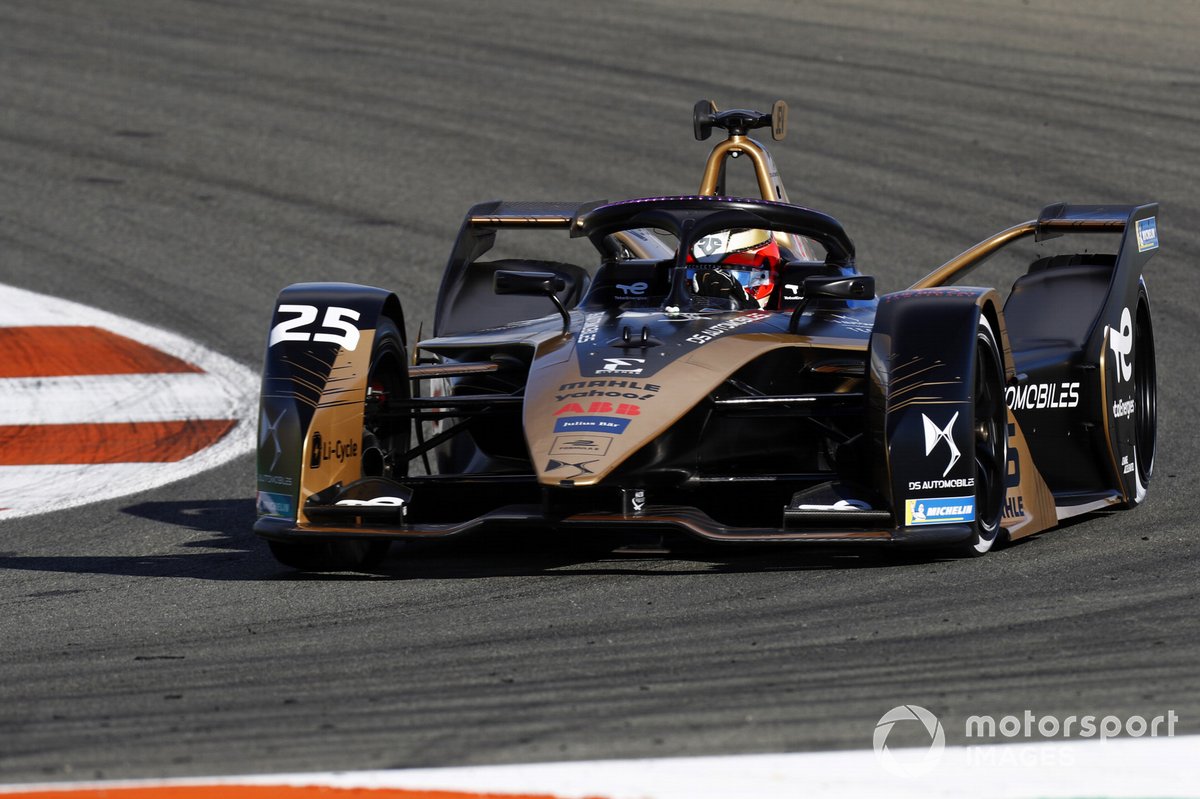 The second Porsche of Pascal Wehrlein round out the 10 fastest cars in the afternoon.

Jaguar Racing’s Sam Bird had set the pace in the three-hour morning session, albeit his time was close to two tenths off Frijns’ latter benchmark, while Lucas di Grassi was second for Venturi.

While the championship-winning team of 2021, Mercedes, propped up the order in the afternoon as they clocked tepid 1m30.9s efforts, the Silver Arrows had entered the top 10 in the morning.

While he had been further back in 21st in the morning, the Italian’s afternoon flier was the slower of the two benchmarks as he dropped from a 1m28s to a 1m30s as he conducted his running programme.