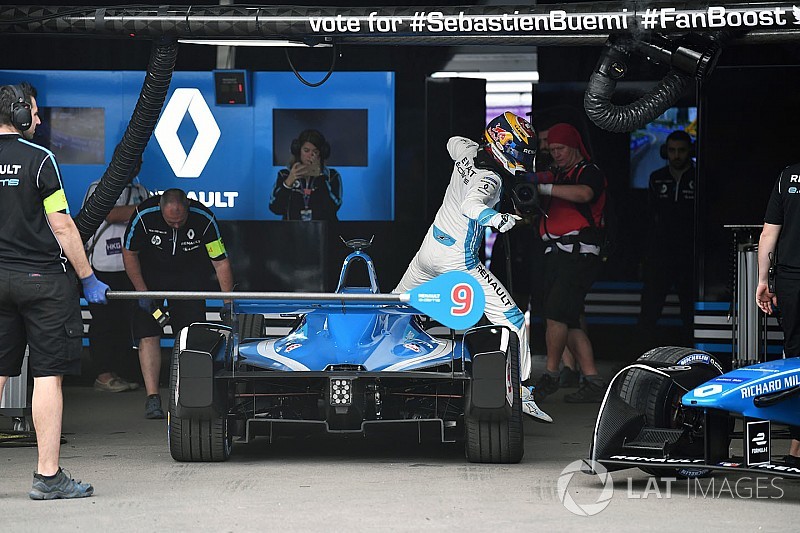 Formula E will no longer implement a minimum pitstop time during races this season.

The electric racing series has featured a mid-race car swap since its inaugural race in 2014, with the FIA defining a minimum time from pitlane entry to exit before each round.

There has always been several seconds' grace in the minimum pitstop time to keep drivers and teams from rushing the car swaps.

However, as teams have improved their efficiency in this process, the limit has gradually been lowered the limit.

Motorsport.com understands the FIA felt that time had effectively reached what it believes to be the fastest possible change.

As a minimum pitstop time has never been enshrined in the regulations the FIA has now decided to eliminate it, with teams notified ahead of Saturday's race in Marrakech.

FE champion Lucas di Grassi told Motorsport.com it was "positive" in principle but he did not like the fact it had been changed now.

"I'm in favour of the concept but if they do such a change they should do it before the beginning of the season," the Audi Sport Abt driver said.

"If you do it before the season you have chance to optimise everything. A change like this will be a gamble for everyone. It will make life more complicated for Marrakech, for sure."

The rule change will mean more variation in pitstop times and a bigger rush to exit garages now there is an opportunity to gain or lose time.

The potential threat involved in FE's mid-race car swaps has been raised several times, and DS Virgin Racing driver Sam Bird said his "emotions are fairly mixed" because he feared some drivers would take risks to gain time.

"From an excitement point of view, for fans, I suppose it makes sense," he said. "However from a safety aspect, for me, it's not ideal.

"There's nothing stopping drivers not doing the bottom belts up in order to gain time, and then that becomes extremely dangerous.

"If things like this start to be ignored then it's not the right thing to do."

Di Grassi argued that a switch to "LMP or GT-style belts" should accompany the change to ensure they are done up properly without sacrificing time.

"The current belts are standard single-seater belts that are not designed for a quick change," he said. "In LMP or GT you have a different buckle system, it's much more simple and effective.

"I'm sure I will never risk not having the belts done up properly.

"But because the belts are not made to go this way, if the mechanic does not do it properly or tries to do it too quickly under pressure, it could take 15 or 20 seconds to do it all over again.

"It's part of the game, but it should not be part of losing the race."

FE evaluated dropping the minimum pitstop time at the start of the second season with the development of a safety light, but this idea was not pursued