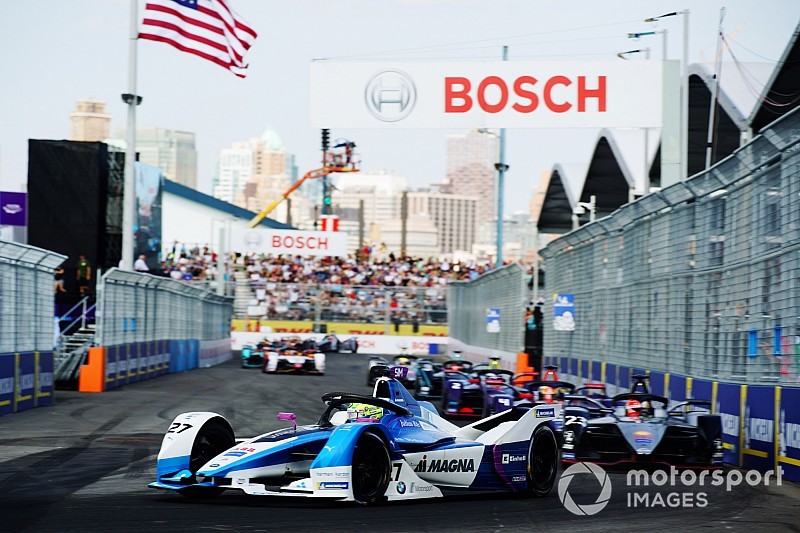 In a statement released on Thursday, FE also claimed it had increased its social media following, event attendance numbers and TV viewing figures.

Following the first season of the Gen2 era – where the investment from new race in Saudi Arabia is understood to be among factors that have boosted FE's finances – FE claims the preliminary numbers from 2018/19 "show a record revenue of over €200 million (EUR), up more than 50% from last season and a positive EBITDA (earnings before interest, tax, depreciation and amortisation) for the first time in the short history of Formula E".

The championship statement also claimed that its total combined number of social media followers had risen by "212%" in 2018/19, although it did not release the total figure.

FE also said engagement rates on its own social media content rose by "449%", but again did not issue a total number.

The FE statement went on to state that "the number of video views has grown for a second season in succession, coming in at 61% more than last year and passing the 850 million mark".

It added: "With 72% of followers aged under 35 and 42% of videos being viewed by fans under the age of 25, Formula E is among the highest-performing sports platforms on the planet in terms of percentage breakdown of young fans."

On event attendance figures, FE claimed that the 2018/19 season had more than 400,000 spectators, and the statement stated that "the numbers of fans watching on television has risen 24% year-on-year, with a cumulative TV audience of 411m across 13 races".

FE CEO Alejandro Agag said: "It's incredibly positive to again see a significant increase in our growing audience across the board, as well as the number of young fans choosing to watch and follow the ABB FIA Formula E Championship.

"Like the next generation cars themselves, the speed of growth is getting faster and faster. The progress we've made in such a short space of time is very pleasing and is also reflected in record revenues, which exceed over €200 million for the first time.

"After strategically re-investing in other areas of the business over the first five-year cycle and continuing to do so for the foreseeable future, the rising level of revenue is a testament to the health of our company for many more years to come.

"Reaching new young fans, the excitement of Formula E is helping to inspire future generations to embrace clean energy and in turn bringing them one step closer to buying an electric car.

"This ties in with Formula E's vision of moving towards a cleaner future, faster."